It’s been a challenging month to be a pro-Israel American Jew.

The first gut punch came with the release of a survey noting that only half of American Jews think that the statement “Israel is an apartheid state” is false, with one quarter saying such a description is appropriate, and another quarter unsure. 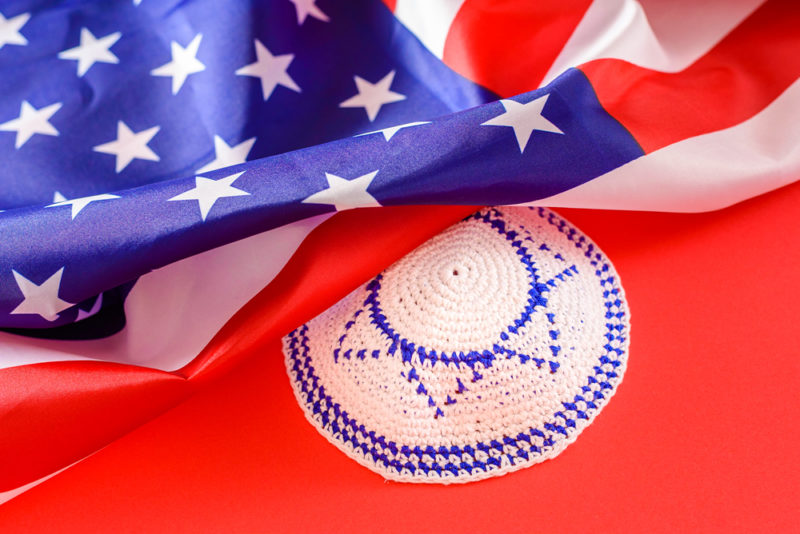 The second came when a beloved company founded by two Jews announced that, “it is inconsistent with our values for Ben & Jerry’s ice cream to be sold in the Occupied Palestinian Territory.”

The reaction to these dual blows has been mostly one of shock and disappointment. Some communal leaders have blamed Jewish education, while others have lamented a broader American culture that appears inconsistent and in direct conflict with our Jewish values. Many of us don’t even have the intellectual framework to make sense of these events and have simply chalked both instances up as evidence of rising antisemitism.

As someone who has committed his entire professional life to Jewish education and who cares deeply about the Jewish state, I’m of course sympathetic to this view. However, I cannot believe that half of American Jews are antisemitic because they articulate a position in-line with several former Israeli prime ministers including two IDF Chiefs of Staff and a former justice and foreign minister. And I do not believe that a Jewish entrepreneur who in the past has been a featured speaker at several different local Jewish federation events suddenly wakes up one morning and becomes an enemy of the Jewish people simply because the company he founded took a social justice stance that was rooted in his own articulated Jewish values. I of course understand that these stories and the broader cultural current they point to are problematic to our community’s policy agenda around Israel, but it’s not clear to me why this particular issue serves as a litmus test in defining who is or isn’t a “good Jew.”

Increasingly I find it impossible to ignore the parallels between how the organized Jewish community is responding to this latest contentious issue with how we responded to a series of high-profile demographic studies in the 80s and 90s showing that the rate of Jews marrying non-Jews had escalated dramatically.

In both cases a previously taboo (but not unknown) phenomenon suddenly seemed too large to continue to ignore. In both cases a panic ensued demanding that we devote resources to this latest existential threat. In both cases individuals and organizations who advocated for acceptance of the deviant behavior in our community world were often prohibited from holding leadership positions or unwelcome at groups and gatherings that were supposed to reflect the broad based communal agenda. And in both cases, the perpetual hand-wringing and focus on this issue by our dominant communal organizations (despite only the tiniest subset of American Jews thinking it should rank at the top of our communal agenda,) drives a large subset of Jews away, thus becoming a self-fulfilling prophecy.

To be sure, just because a bunch of Jews believe something is a good idea doesn’t mean that we need to advocate for it at the communal policy level. Or as Yehuda Kurtzer more cheekly put it on twitter, just because the majority of the Israelites worshipped the golden calf, doesn’t mean they ought to be represented among Israelite communal leadership. But our experience dealing with the intermarriage issue as a community shows us a potential path forward. After all, while there are no Jewish organizations who actively advocate that Jews should go out and marry non-Jews, the vast majority of us have accepted that a good portion of our community will do so despite the fact that it is against halakhah, in the same way that we have accepted many of the other non-halakhic things that Jews do, like desecrate the Sabbath, eat treif, or regularly engage in loshon harah.

Even amongst those of us who still can’t bring ourselves to say that intermarriage is acceptable, It’s clear to all of us today that centering our Jewish communal discussions and advocacy on intermarriage primarily on discouraging young Jews from marrying out was folly. We’ve rightfully replaced that paradigm with one that focuses on figuring out how best to engage Jews and their partners in Jewish life and encourage them to raise Jewish children. We see intermarriage as an “opportunity,” rather than a “threat” or “challenge.”

What if we treated deviant views on Israel similarly?

And the truth is, it shouldn’t be too hard. Unlike intermarriage we have a model for this from the last century, when normative American Judaism was non-Zionist, and sometimes openly anti-Zionist. My favorite example of this is the president of the American Jewish Committee in 1951, three years after the creation of the Jewish state, stating explicitly, “Our organization is not a Zionist organization and never has been. Our non-Zionist philosophy is something we have always spelled out clearly. We have differed with the Zionist ideology because of its implications concerning the nature of Jewish life in America.” These ideological battles were of course at times fiery and the argument over where communal dollars were best spent also were not without controversy, but we still managed to by and large grow our communal institutions and support initiatives that helped Jews everywhere by harnessing the collective energies of our community. There’s no reason we shouldn’t be able to do the same today.

Equally fluent in Yiddish and Javascript, Russel Neiss is a Jewish educator, technologist and activist who builds critically acclaimed educational apps and experiences used by thousands of people each day. His work has been featured in The New York Times, The Washington Post, NPR, The Atlantic, CNN, The Wall Street Journal, the Jewish Telegraph Agency, and other media outlets. He is a recipient of the 2020 Covenant Award for excellence in Jewish education.