‘At The Well’ connects modern women with ancient Jewish practices 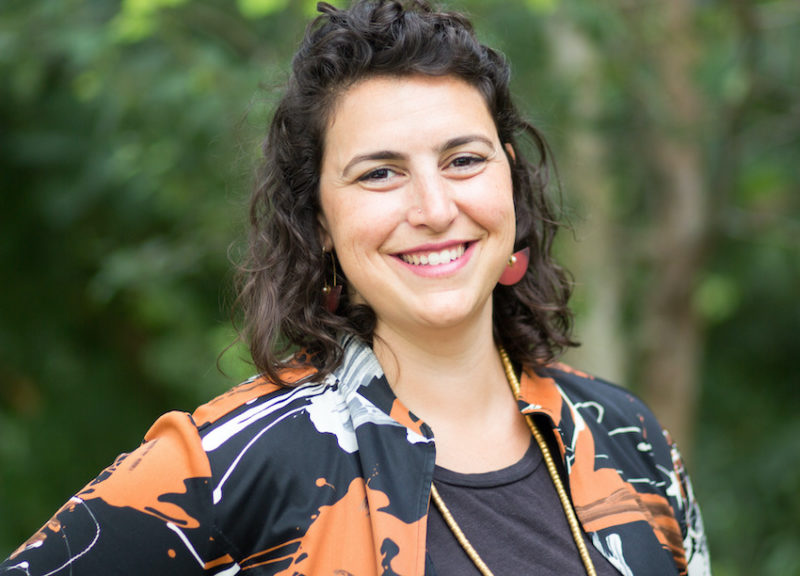 Sarah Waxman likes to talk about her “Queen Esther moment,” when she realized her calling while planning a Purim party: making Judaism’s healing rituals for women more accessible, she told eJewishPhilanthropy. “Mordechai tells Esther that she was born for this moment,” Waxman said. “It sparked something in me. This is something I can do. Judaism is a strategy for wholeness.”

That moment led to the founding of At The Well, the organization Waxman created to help women create “well circles” — groups that celebrate Rosh Chodesh, or the new month, a ritual associated with women for more than a thousand years. At The Well provides training and resources, some free and many available for purchase. The group estimates that there are 2,000 women currently in well circles.

Sofia Abram, a board member who helped launch a well circle in Durham, N.C., more than two years ago, said the circle’s members have supported each other through marriages, births, divorces and deaths.

She credits Waxman both with helping her reconnect with her own Judaism and with inspiring her to become a philanthropist.

“I see her as a spiritual leader,” Abram said, “and it’s been a joy to watch her turn into a powerhouse fundraiser and a true manager.”

At The Well is at an inflection point in its growth. It was just accepted into the Legacy Heritage Fund’s Project Accelerate, which develops the leadership of mid-sized Jewish nonprofits. Waxman says the group is in its “infrastructure year” — it is working on a strategic plan, and recently hired a chief operating officer, a program director and a development director.

But Waxman had to do a lot of learning, and some healing, too, before she was able to experience that moment of inspiration while reading the Scroll of Esther.

Waxman was born and raised in Washington, D.C. Her mother was a budget analyst and a homemaker; her father was a constitutional lawyer who served as a solicitor general under former President Bill Clinton. The family attended the district’s Adas Israel, and Waxman grew up connected to Judaism because she felt it was the “glue that held her family together.” An alum of Sidwell Friends School, also appreciative of the contemplative Quaker practices she learned there.

“I always wanted to get into conversations about the soul with people,” she said.

She was also a driven lacrosse player, a goalie recruited to play at the University of Pennsylvania, from which she graduated in 2008. She reveled in the dynamics of a team — how each person had their own role, and also worked with teammates to achieve a common goal. Her freshman year, the Penn women’s lacrosse team was unranked. In her senior year, they lost the NCAA Division 1 national championship, and Waxman was named Ivy League player of the year.

“I really missed a sister,” said Waxman, who is the middle sibling of three and the only girl. “I’m dedicated to helping other people find real belonging with other women.”

One goal of At The Well, she said, is to model and nurture relationships like those between the daughters of Zelophehad, sisters who together petitioned Moses to inherit their father’s land in the absence of male siblings, and not like Sarah and Hagar, rivals for Abraham’s love.

Which is not to say Waxman doesn’t honor her namesake.

“I’m the freest of all my ancestors, and as a Sarah I’m named after the O.G.,” she said.

As much as Waxman loved athletics, they took a toll. She suffered numerous injuries, and threw out her back. She also struggled with an eating disorder. In college, she started studying yoga to offset what her trainer thought was excessive time in the gym and to boost her athletic performance, and back at home in D.C. after graduation got a job running an after-school program that taught yoga to kids. Eventually, she built a business as a yoga instructor, with certification from a Vinyasa school, working with kids and families in schools.

She started seeing the connection between Judaism and the wellness practices she cherished when living in a Moishe House, a global Jewish network of housing for young adults that requires residents to offer programming in return for a rent subsidy.

She taught yoga in the park on Shabbat, with poses that evoked the Torah portion. She explored Passover’s food requirements and restrictions as a holistic eating plan, a bit like a cleanse, Waxman said.

It was during this time that she began to embrace the rituals of both Rosh Chodesh and immersion in the mikvah, which played a major role in helping her overcome her eating disorder.

“I grew up keeping kosher and going to Hebrew School and Jewish summer camp and Israel,” she said. “I thought I knew Judaism, but there was so much I didn’t know. Why do we talk about spirituality in relation to Eastern tradition, and not Judaism?”

All of this work and practice — yoga, meditation, teaching — primed her for that Esther moment. She started publishing a free newsletter that offered written resources, and also posted them for free download.