How many Jews, ready and willing?

Numbers do not, and should not, pop out of the sky or from the alembic of the chief investigators who produce them. Jewish population estimates are not mere numbers. Numbers offer a snapshot of a situation at a given point in time.

The 2020 Pew Research Center report (Jewish Americans in 2020) estimated the total net U.S. Jewish population at 7.5 million – an increase of 800,000 over Pew’s 6.7 million estimate in 2013. In Israel, the Central Bureau of Statistics estimated 6.7 million Jews in 2020 (not including non-Jewish household members) compared to 5.9 million in 2013 – also an increase of 800,000. On the face of it, the growth in Jewish population in the two countries from 2013-2020 was identical. Whether or not we believe that Jewish population growth is the same in both countries, these figures need explanation. 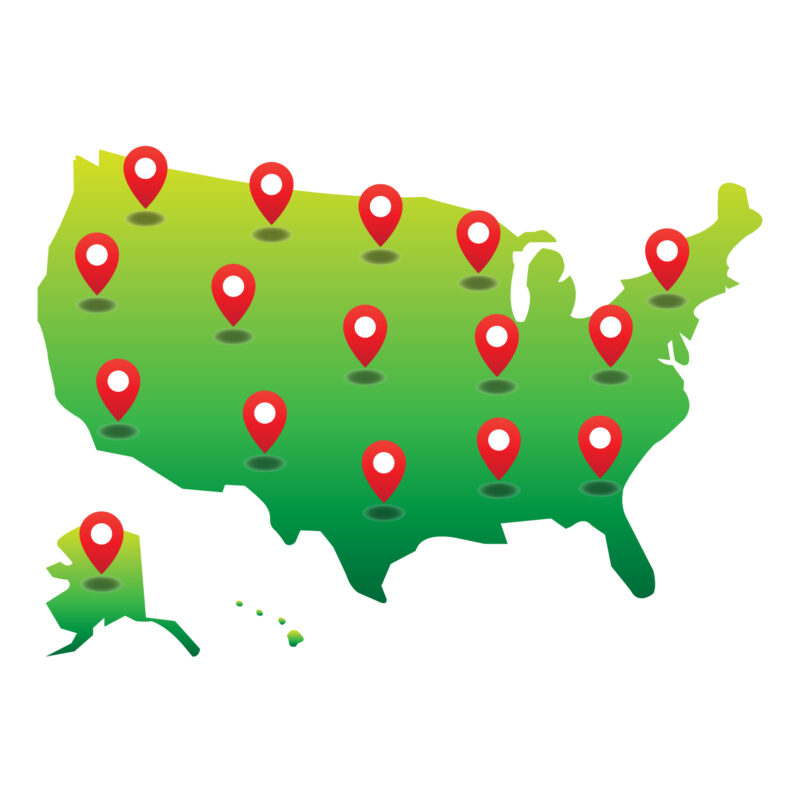 In Israel, estimating Jewish population is straightforward. The definition of who is a Jew reflects the central population registry of the Ministry of Interior and the classification criteria of the Orthodox rabbinate. Israeli Jews are averaging over three children per woman, the highest among developed countries. There is also a significant annual surplus of immigrants over emigrants. In recent years, Israel’s economy has performed well, and, thus, Israel has become more attractive to migrants. Relatively few conversions reflect the restrictive policy of the Orthodox rabbinate. All in all, Israel’s Jewish population is young, the death rate is low, there is a net increase due to migration, and, thus, the growth rate is unusually high.

In the U.S., Jewish population estimates are complicated by a lack of census data or a central population registry on religion. Since the end of the baby boom in 1964, the fertility of American Jewish women has never reached the average of 2.1 children needed to maintain a population in the long run. This has led to population aging and rising death rates among U.S. Jews. Nobody in the U.S. knows (or even tries to evaluate) how many Jews die every year. The growing percentage of American Jews age 65 and over should be depressing population growth under the best scenario and realistically, the U.S. Jewish population would be declining were it not for new immigrants. But the big immigration waves into the U.S. in the past are over and a small number of American Jews continue to make aliya.

The true crux of the U.S. Jewish demographic equation is the identificational balance – formal and informal accessions (becoming Jewish either with or without formal conversion) versus secessions (deciding that one no longer identifies as Jewish). The past evidence is that over time more people have left than have joined Judaism. Witness the Pew 2020 finding of 1.9 million Americans who had at least one Jewish parent or were raised Jewish but are now Christian. The crucial issue, then, is the definition of group boundaries for the Jewish population (who is and who is not to be counted) and multiple belonging (people, namely children, who feel they are both Jewish and Christian, for example).

The successful integration of Jews within the American social fabric brought about the end of the dichotomy in which one was either Jewish or not Jewish. Such a binary world perhaps existed long ago, but not today. There exist instead endless nuances concerning who is feeling (and/or counted) as Jewish and who is not. Researchers making different decisions about who to count will consequently derive different numbers of American Jews.

We may ask: How many survey questions are needed before a person is counted as Jewish? The first Pew question was: What is your religion, if any? Respondents answering Jewish to this question simply indicates that feeling Jewish preserves some meaning for them. About one half of those who Pew categorized as Jewish by religion actually declare religion is not meaningful in their lives. Answering one has no religion (rather than checking elsewhere the easy non-committal just Jewish) points to an initially negative attitude, though many do not deny, and often also appreciate being of Jewish origin.

The second Pew question asked was queried only of those who did not respond Jewish (or some other specific religion) to the first question: Do you consider yourself Jewish in some other way (such as ethnically, culturally, or because of your family background)? These people were defined by Pew as Jews of no religion. The vast majority of these had only one Jewish parent. As a result of this question, the Pew 2020 definition included 2.2 million persons who do not consider their religion to be Jewish.

The bigger problem is that the wide and flexible Pew definition of family background covered a broadly enlarged Jewish population beyond the core concept of a mutually exclusive Jewish identification. One could say yes to the second Pew question because of, say, one Jewish great grandparent. But then, after allowing for no religion, what about membership in a Jewish organization? Preference for an ideological stream? Interest in, or knowledge of Judaism? Jewish networks? Jewish children? How many more noes should one allow to get one more net Jew?

The Pew sampling framework also relied on the AJPP – a Brandeis project based on a combined analysis of many surveys providing information on religion. But the share of Jews with no religion is estimated by AJPP through a complex algorithm and not by actually asking people what they think about their own identity. It is essentially speculative.

Americans measure distance in miles, the rest of the world, in kilometers. Americans enjoy football, the rest of the world plays soccer. Wishing to provide a unified global standard on distances or ballgames creates a problem. However, in the global transnational population that Jews constitute, the same definitional criteria for Jewish population appraisal should apply to all countries. One cannot define a Jew in one way in one country and in another way in another country.

The goal cannot be a definition by Orthodox halacha, which would require endless genealogical checks impossible to perform in a social scientific framework. But categories such as partly Jewish or Jews of multiple religions which are incorporated as a standard in American Jewish population estimates do not resonate as Jewish elsewhere. These persons, along with non-Jewish members of Jewish households and others of more distant Jewish ancestry pertain to broader definitional circles.

Numbers do not, and should not, pop out of the sky or from the alembic of the chief investigators who produce them. Jewish population estimates are not mere numbers. Numbers offer a snapshot of a situation at a given point in time. They also provide indications of whether a population is growing, stable or decreasing. The rich information we can extract from numbers provides demographers, sociologists and historians matter for speculation and for analytic work. Perhaps more importantly, they offer essential information for policy-oriented reflections and action by community leaders, educators and social workers.

In America and in Israel – the two dominant actors of world Jewry – Jewish life unfolds under the wings of founding utopias: in the U.S., E Pluribus Unum – the Unity of the Many, including the Jews; in Israel, Mizug Galuyoth – the Ingathering of the Exiles, all of them supposedly Jews. E Pluribus Unum and Mizug Galuyoth look very similar, but from a Jewish perspective they are on divergent paths, if not on a collision course.

The two different narratives that follow the utopias can affect the nature of Jewish experiences, and the spirit of population estimates. Jews in the U.S. constitute a minority of the total population, successfully integrated in a multi-cultural web, and very often attuned to universal values. Jews in Israel are more religiously conscious, and also more ethnocentric and at times nationalist. Jewish society is highly heterogeneous in both locales, but one narrative rewards incorporation within Jewry of diversity drawn from American society at large, the other stresses boundary maintenance and draws diversity from the inside of a globally dispersed Jewish people.

The Gemara retains minority opinions whose wisdom may be appreciated in the longer term. The 2020 Pew report, by suggesting a 7.5 million net Jewish population in America, but by also quoting my 6 million opinion, exemplified the best of Jewish tradition.

Sergio DellaPergola is professor emeritus at the Hebrew University of Jerusalem. He was a member of the advisory committees of the 1990 and 2001 NJPSs and of the 2013 and 2020 Pew surveys.