An Israeli data platform is using its focus on community to address wide-ranging needs for municipalities and nonprofits in Israel and the U.S. 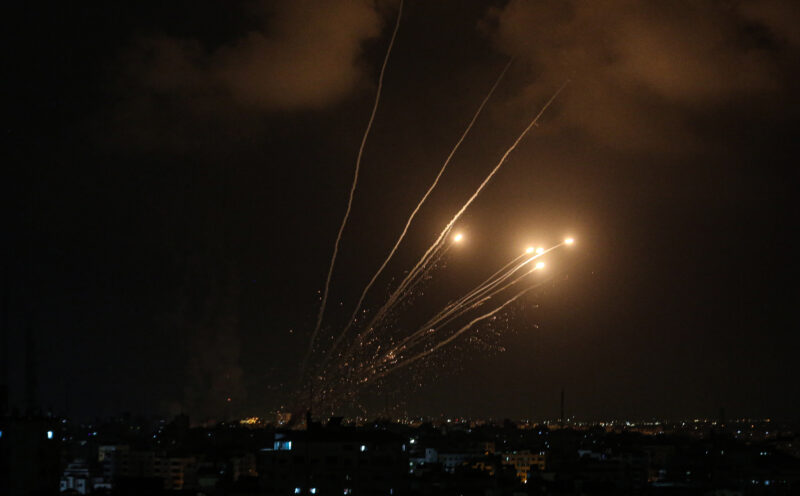 In early August, when Israeli airstrikes targeted Palestinian Islamic Jihad, a terrorist group operating in Gaza, Israelis in the nearby area faced a predictible barrage of rockets from the strip and had to leave their homes for safety. But this time, as emergency responders organized evacuations, they had a new tool: the Israeli data platform With (stylized as with).

Each municipality in the Sha’ar HaNegev Regional Council had a specific page on with where families could note if they needed accommodations, how many people there were, if they kept kosher and other relevant details for evacuation organizers. In less than 24 hours, more than 1,200 families were assigned to hotels and safe zones using the platform.

“It’s basically an interface, data collection, system communication and the ability to process money, if needed,” Asaf Heilig, chief revenue officer and co-founder of with, told eJP. “From day one, this was always tailored to be able to do any type of engagement.”

With started as a way to try and match college students with lonely elderly people, to help bring them company and support in the early days of the COVID-19 pandemic. In the process, it grew into a catch-all engagement and data platform. “But what [we] realized really fast is that the problem is not only the elderly, it’s much, much bigger: [Lack of] community as the problem is a much broader topic,” Heilig said.

By the time with launched in early 2020, lockdown policies, restrictions and fear of gathering together meant a greater need to develop community. Israeli municipalities quickly took advantage of with to engage residents. Now, 45 municipalities across the country, including cities like Tel Aviv, use the platform.

The platform is designed to collect and analyze data on engagement, while also providing features like a chatbot that users can set up to message relevant information over SMS, email, or apps like Whatsapp. An event registration and payment system is also built in to allow organizations to fully run their engagement using with.

Though the company collects data, it has no intention of selling it to data brokers, and purposefully structures the platform so that all data collected by an for an organization belongs to it, rather than with.

“One of our main missions here is to democratize data,” Heilig said. “For example, you might run a community on Facebook. And unfortunately, community managers on Facebook don’t know anything about the communities – the tech giant does. So that is a big part of what we’re trying to change over here.”

The company is also working with nonprofits and student organizations in Israel, with its expansion into the U.S. taking a similar approach. The platform is being used by the Base Movement, a rabbinic network started by Hillel International and later acquired by Moishe House, as well as some local Hillel and Chabad centers, and federations.

The platform is focused on customizability and flexibility. That’s in part how its assistance for Gaza-area evacuations came about. After the May 2021 Israeli-Gaza conflict, Israeli municipalities near Gaza that were already working with with approached the company about streamlining their emergency response.

“They have everything from the places they need to be hosting, like safe zones, to cars that evacuate [residents], all these things are always decided beforehand,” said Bar Yakoby, content manager for with. “But the challenge is to manage [the evacuations] live when things are getting a bit crazy.”

Practicing the evacuation procedures and how with could be used in quieter times allowed for reliable use when the need finally arose. The system wasn’t perfect, but it didn’t need to be, Yakoby said. It just needed to work.

“If we built a whole platform for emergencies, probably it would have been much better,” he said. “But community is something that is super flexible and ever changing and fast. And most of the time…these [specifically built platforms] are really above and beyond…they don’t need all these extreme features. They just need you to solve their problem right now.”

Being able to help Israelis connect to community and also coordinate evacuations feels to Heilig like the culmination of what with set out to do. “When we started to reflect, we’re proud of this, this is definitely something we’re here to do,” Heilig said. “We don’t enjoy crisis. But unfortunately, that is where the world is heading towards, and we’re happy to be able to deliver real value to real people in times of crisis.”