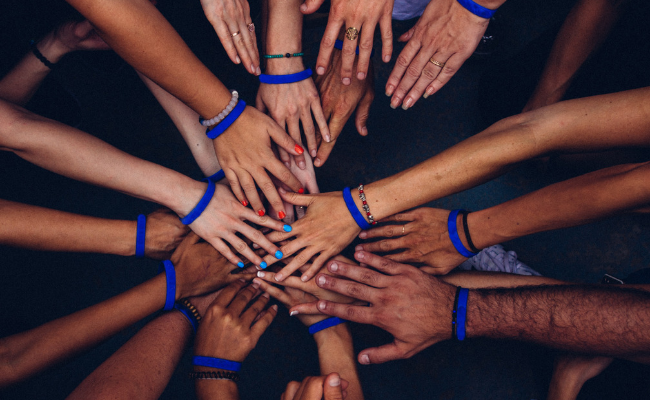 Moved by the racial justice protests last summer in the wake of the killing of George Floyd in police custody, a group of foundations and federations has met online regularly since the fall to discuss racial equity and inclusion in the Jewish community, and in some cases to make related grants.

The Racial Equity and Inclusion (REI) Funders Circle consists of about 35 individuals representing as many as 25 funders and grantmaking organizations, including the Jim Joseph and Leichtag foundations, the Lippman Kanfer Foundation for Living Torah, Charles and Lynn Schusterman Family Philanthropies and UJA-Federation of New York.

The online brainstorming and discussion sessions were inspired by last summer’s protests and the national reckoning on race in America that they sparked, said Hindy Poupko, deputy chief planning officer at UJA-Fed NY.

The conversations focus on how organizations that don’t have racial justice as their core mission — unlike the Jews of Color Initiative, a San Francisco-based nonprofit whose mission is to support Jews of color through grants, research and education — can do racial justice work, said Aaron Dorfman, president of the Lippman Kanfer Foundation.

“We are trying to figure out how we can make a contribution in this space. Lots of other people are in the same boat,” he said. “Is racial justice a program area? Is racial justice a lens that should be applied to all work? Probably both. Probably there are other ways of thinking about it, too.”

Ilana Kaufman, executive director of the Jews of Color Initiative, has been an essential interlocutor of the REI Funders Circle, Dorfman added.

“I think it’s great that some funders are connecting around racial justice themes. Next to the kavod that we all feel about it, there are a bunch of questions,” she said, using the Hebrew word for respect. “Symbolism matters. What does it mean that core community funders, if they want to talk about non-white Jews, have to take the margin?”

These funders are some of the most influential in the country, she pointed out, and the Jewish Funders Network (JFN), a support organization for Jewish foundations that give a minimum of $25,000 annually, could be a home for these conversations.

The Harry and Jeanette Weinberg Foundation is also part of these informal conversations and supports this collaborative effort to advance important and meaningful work in the field, the foundation said.

Andres Spokoiny, JFN’s CEO, praised the convening and said that it could be done under JFN’s auspices if that would be useful.

“JFN supports every initiative that brings funders together,” he said. “What JFN brings is a toolkit, an expertise in facilitating. The first issue is to define the field, and what is Jewish about it, and what the goals are.”

Lippman Kanfer shared three of its grants with the circle. One, to Prizmah, helped the day school network gather a group of 40 members who will receive the help of a consultant to reflect on their school’s relationship with race and make any desired changes. Crown Family Philanthropies and the Jim Joseph Foundation are also supporting that effort, which will last for at least three years, according to a JTA post sponsored by Prizmah.

In the fall, UJA-Federation received calls from synagogues, day schools, and other Jewish institutions asking for advice and guidance; joining the brainstorming and discussion session was part of their response.

“As with any area of work, smart professionals reach out to each other,” Poupko said. “Instead of us all having the same conversation offline, let’s have it together.”

The New York federation made $400,000 in grants to help synagogues, day schools, JCCs and other institutions undergo “racial equity and inclusion” training, and is now bringing the organizations together for follow-up conversations. It recruited Jews of Color to help make additional grants; those will be announced in May, Poupko said.

In addition, Poupko said, the federation is creating an incubator of start-up organizations, by and for Jews of Color and starting a New York City hub of the Jews of Color Initiative.

Lippman Kanfer also made a grant to Slingshot, a Jewish philanthropy institute for young donors, to support the creation of a guide to funding racial justice projects, and to UpStart, a consultant for nonprofits.

Jaime Rapaport Barry, UpStart’s chief of staff and brand strategy, said the organization is using its grant for internal training to help it  understand which aspects of its  culture could have a negative impact on people of color who work for UpStart, or are members of the public affected by the organization’s work.

For example, she said, UpStart has operated from a “sense of urgency” that is typical of American workplace culture and can be difficult for people of color to navigate.

The youth group BBYO received a grant from the Jim Joseph Foundation and the Charles and Lynn Schusterman Family Philanthropies that has funded staff training, teen programs around topics like Jews of Color and racial justice and curriculum development, said spokeswoman Debbie Shemony.

While we have a lot more work to do, we’re excited about the steps we’ve taken so far,” she said.