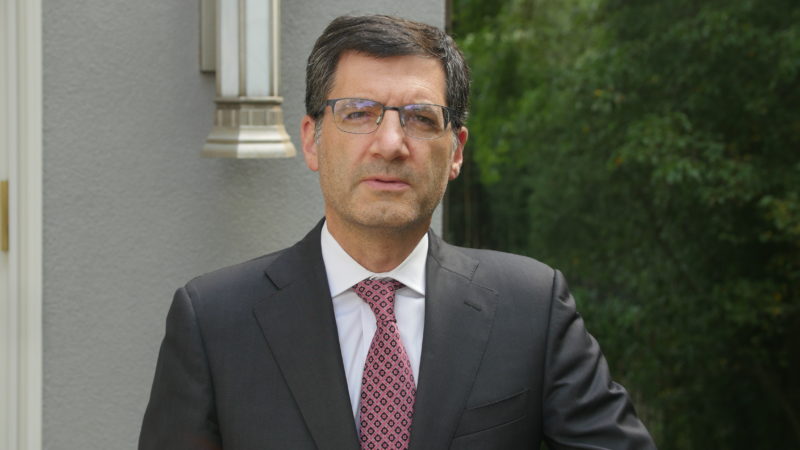 The Friends of the Israel Defense Forces (FIDF) is expanding its fundraising staff and broadening its image in an effort to reach younger donors and reverse a sharp decline in fundraising revenue that predates the coronavirus pandemic.

“People think we are a military organization, but we’re not,” said Rabbi Peter Weintraub, FIDF’s board chair. “The focus of the FIDF is the welfare of Israeli soldiers, but the army in Israel has a very unique role in the development of Israeli society. The army is the melting pot.”

FIDF helps active-duty Israeli soldiers by building housing and recreational centers on military bases. It also supports programs that try to harness the army as a force for equity and diversity, said Rabbi Steven Weil, who became the group’s  CEO this past September. One program, Magshimim, aims to help soldiers who come from difficult backgrounds gain access to elite units, such as those that work on cybersecurity; a newer program, Mamriot, is designed to help disadvantaged young women. FIDF helps fund “Uniform to University,” which provides tuition assistance to honorably discharged soldiers, including a free education to those from Christian or Muslim backgrounds, Weil said. The FIDF’s ability to create a more level playing field is a winning pitch to Jews in their 40s and 50s, officials believe. They are now putting a new emphasis on programs that help ensure that kind of equality.

The Israeli government determines the organization’s fundraising priorities by telling the FIDF what it needs, but this year, the group may not be able to fulfill the government requests due to the plunge in fundraising, Weil said. Due to the impact of the pandemic on the economy, the number of soldiers entering service from families under the poverty line jumped from an average of 8,000 annually to 35,000. The government has asked FIDF for $8 million — which the group has not yet been able to raise, Weil told eJP — to help keep those soldiers enlisted instead of leaving in order to help support their families.

The group has not yet changed its plans to help build 31 housing and recreation centers on army bases, including a $17 million facility that will house 200 soldiers in Rishon L’Tziyon and a $16 million, eight-building facility on a base in the Arava desert.

Major General Meir Klifi-Amir, Weil’s predecessor, was criticized for his salary, which according to 2018 tax records totaled $1.2 million that year. FIDF hired a search firm to make sure the compensation it offered Weil, which is about half of what Klifi-Amir received, is in the same range as that of comparable organizations, such as AIPAC, Weintraub said.

Haim Saban, the media mogul who pledged $34 million to FIDF in 2014, left FIDF’s board of directors during Klifi-Amir’s tenure, and has returned.

All of these groups, however, are contending with a longer-term trend in which Israel’s share of American-Jewish philanthropy has been falling, wrote Hanna Shaul Bar Nissim, a philanthropy researcher who is also an associate director at the Ruderman Family Foundation, in 2018. She posited that a diminishing perception of Israel as being in need and concerns over the Palestinian-Israeli conflict have driven the change, which emerged as early as 2009. Israel tends to get a philanthropic boost from Diaspora Jews at times of crisis, like forest fires and wars, she noted.

FIDF could sharpen its appeal to younger donors, those in their 40s and 50s, by empowering them to earmark their gifts for certain programs, said Avrum Lapin, founder and CEO of the Lapin Group, a fundraising and strategic consulting firm based in Philadelphia.

“Donors want to put in a dollar and see what it does,” he said.

Lapin also said younger donors are also less enthusiastic about galas — a mainstay of FIDF fundraising — than their parents.

Weil and Weintraub are hopeful that American Jews will be receptive to their new emphasis on the army’s social role.

To spread that new message, FIDF is adding nine fundraisers — in Southern California, the New York City area and South Florida — to its staff of about 50. In addition to its New York chapter, it also has a “New York Real Estate Division.” The organization will also be adding a financial affinity group and a women’s division in the New York area, with plans to duplicate the programs in other parts of the country. In addition, FIDF has hired Jeff Klein, a Florida-based fundraiser, to refine its legacy bequest program, which asks donors to include the organization in their estate plans.

FIDF also plans to use its “FIDF Live” series of virtual broadcasts, created during the pandemic to substitute for in-person meetings with soldiers, to better reach evangelical Christians, who have supported the organization through the International Fellowship of Christians and Jews (IFCJ) and Christians United for Israel (CUFI).

Broadening the message might be challenging, but it’s necessary, Lapin said.

“It’s expanding the value proposition,” he said. “Donors who are 70, 80 years old are still receptive to the traditional message, but for younger donors there have to be different points of contact.”