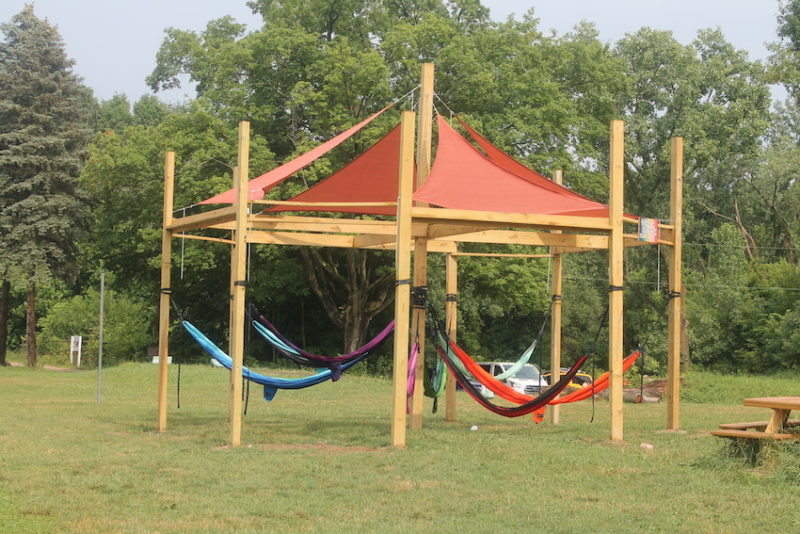 Campers this year are suffering from more homesickness than usual and are struggling to adjust to communal living due to the pandemic, Jill Goldstein Smith, a senior program manager at Foundation for Jewish Camp, told eJewishPhilanthropy. “The pandemic exacerbated existing mental health needs,” Goldstein Smith said.

The Marcus Foundation had made a $3 million grant in 2019 to build on FJC’s existing mental health efforts, funded by Neshamot, a women’s philanthropy, in 2017. That program, which Goldstein Smith called FJC’s “first big foray around mental health,” focused on providing training for camp professionals in the New York area. The Marcus Foundation grant funds FJC’s “Yedid Nefesh,” or “Dear Soul,” initiative, which this summer has created an expanded mental health infrastructure administered by the Foundation for Jewish Camp (FJC).

Yedid Nefesh provides a subsidy to hire and expand the role of mental health professionals in 31 camps for three years, Goldstein Smith said. Six of the camps are day camps and the rest are overnight camps. More than 90 camps applied, and applications for the second and final cohort, of about the same size, will open in the fall.

In 2020 and 2021, more than 600 camp staff received online mental health training, such as a youth mental health first aid certification, funded by the program. Forty-five counselors participated in a virtual program that created mental health resources for the field of Jewish camp.

Across the summer camping world, staff were working to expand their access to mental health professionals this summer, knowing there would be an increased need for their skills, said Tom Rosenberg, CEO of the American Camp Association (ACA), who came to that position after serving as executive director of Camp Young Judaea in Hendersonville, N.C.

“Jewish camps got ahead of this,” Rosenberg added.

Yedid Nefesh also offers matching grants for wellness activities such as yoga and mindfulness for staff and campers, and a $500 stipend to help them share the mental health work they are doing, and destigmatize mental health needs.

“Jewish camps build strong Jewish communities by nurturing a sense of connection, belonging and confidence in each camper and staff member,” said Bernie Marcus, the Home Depot co-founder, in a statement. “We spearheaded Yedid Nefesh — fortuitously before the pandemic — because we recognized the rising tide of mental health needs in our country, especially among the youth.”

This generation of children has long struggled with mental health challenges due to the isolating effects of the internet, Rosenberg said: “Technology set the stage. Then COVID came and every parent could see what happens to kids who aren’t in contact with their peers.”

Rosenberg has gathered anecdotal evidence from camp directors of higher levels of fragility and volatility among campers, he said. Staff have also observed longer periods of homesickness, and in older campers. These phenomena are the result of campers’ lack of opportunity during the pandemic to practice communicating with their peers and managing their reactions to those encounters.

Both the ACA and FJC are studying camper mental health this summer and will release that data and analysis in the fall.

FJC’s research efforts also include surveys focused on the work of the Yedid Nefesh-funded professionals, such as which mental health needs are most urgent, and how many counselors they are training, that will help further refine the job description of a mental health worker at camp.

A shortage of mental health workers trained to work with children, adolescents and young adults is still one of FJC’s biggest challenges, Goldstein Smith said.

“Camps have health centers,” she said. “Well, everyone has mental health just like they have physical health.”