Day school is expensive. That is not news; however, it is logical. Based on the concept of “you get what you pay for,” day school education works,[1] but it does cost money. Day schools have proven to be the most effective method of Jewish engagement to create a long-term connection to Judaism and the Jewish community.  The question is does this need to translate into an unreasonable burden for middle-class families? The majority of Orthodox families appreciate the value of this education and do whatever it takes to make it work. But what about the other 85-90% of Jewish families, many of whom would like to send their children to day schools but see the financial piece as an insurmountable hurdle? The trend is that every year more non-Orthodox families do not enroll their children in day schools. For example, from 1998-2018 Solomon Schechter schools saw a 49% decline in enrollment, Reform schools a 45% decline, and 6,141 fewer students enrolled in all non-Orthodox schools in that 20-year span.[2] 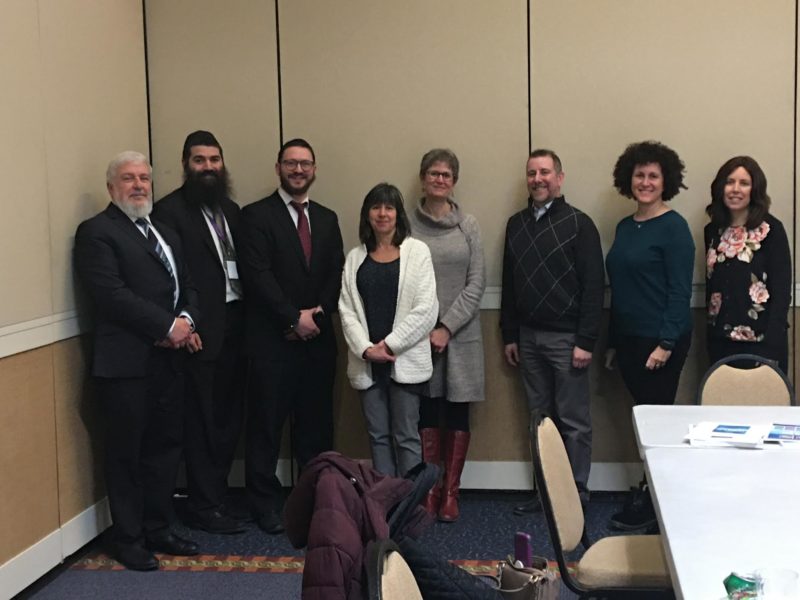 As the joke goes, day school education is exclusively for the three “very”s; the very rich, the very poor, and the very committed. The very rich can afford it, the very poor will get in on heavy scholarships, and the middle class will not send their children unless they are very committed and bear the burden that comes with it. Can we develop a targeted system whereby families interested in a day school for their children but not willing to make tremendous financial sacrifices still enroll their children? The short answer is yes, and we have the experience to prove it. What is even more encouraging is that it does not require a multimillion-dollar fund to make a difference. Our experience has shown that a scholarship between $1,000-$2,000 can make the difference between a child in a public school vs. a Jewish day school.

In 2016 The Consortium of Jewish Day Schools (CoJDS) funded a targeted scholarship program offering assistance to principals negotiating tuition for parents “on the fence” between choosing day school over public school for their children. Since that initial year, CoJDS has provided 245 scholarships to 23 schools to help bridge the gap at the cost of $1,000-$2,000 per child. Since 2018 the Kaylie family of New York/Florida has sponsored much of the program. In 2019 the family of Helen and Jerry Stern began a similar fund on a local scale exclusively for the three day schools in Portland, OR. In Portland, the project is a joint venture between the Jewish Federation of Portland and CoJDS, neither of which receives remuneration from the fund. Marc Blattner, President of the Portland Federation, said, “We have had tremendous success partnering with CoJDS, our community’s three Jewish day schools, and a donor family in helping retain more students in day school. Our goal is to provide a Jewish day school education to any child who wishes, and these grants provide “tipping point” funding that keeps these children in the schools. To date, it has been a wonderful benefit to our schools and most of all the students.”

Why it works: Targeted vs. Community-Wide Initiatives

In 2016 Dr. Daniel Held and the UJA Federation of Toronto published a study on tuition incentive programs in North American Jewish day schools.[3] Most if not all of the incentive programs in this thorough study are based on clearly defined qualifications (e.g., if your family has x income, you will receive a $y,000 tuition break). The rationale is that to create an equitable system, and we need to stick to a clearly defined scale without “special insider deals.” While most of these incentive programs do have success, there are limits and drawbacks. The apparent difficulty is the cost of a community-wide program. Cities such as Toronto and Seattle are fortunate to have generous visionaries who appreciate the value of day school education. But the $12,000,000+ that Toronto invests annually towards assistance to over 2,000 children or the $4,400,000 the Samis Foundation supports towards all 450 students in the Seattle schools is not cheap. It is also not realistic for smaller communities without such generous benefactors. Another limitation is that families who still feel the final net tuition is still not worth it will go elsewhere (i.e., free public schools). This is especially true for the thousands of Israeli families who come to America from a society where Jewish education was free. On the other hand, a targeted initiative program has several advantages

On wall street, there are very few investments that deliver a 400-500% return annually. The $231,374 scholarship dollars CoJDS has distributed since 2016 has generated $1,201,320 in revenue dollars. According to Marc Blattner in the Portland Federation. “For roughly $21,000, we were able to retain 15 students in our day school system. At the same time, it brought in over $70,000 in additional needed revenue to the schools.” The additional cost schools incur by enrolling these students is negligible. In short, the schools have everything to gain and nothing to lose.

Where do we go from here?

Clearly, to stop the downward trend of non-Orthodox day school enrollment, something must be done. While there is no magic bullet, the more incentives available, the better. Targeted tuition incentives such as the national program of CoJDS or smaller local models such as the Portland model can be a powerful tool in attracting families. If more communities can establish such programs on a local level, we can turn the tide without breaking the bank.

[2] A Census of Jewish day schools in the United States,Mordechai Besser, October 2020