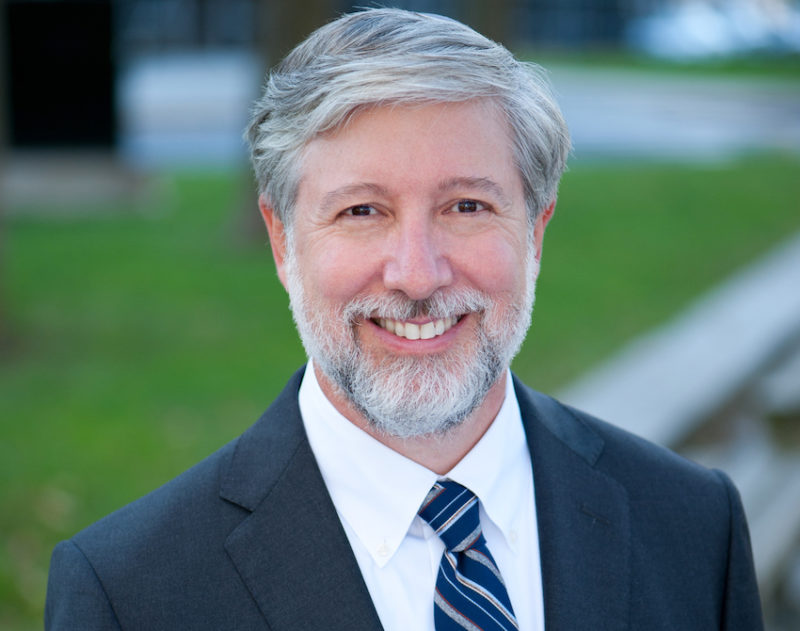 As he approached 14 years as dean of the Jewish Theological Seminary (JTS), Rabbi Daniel S. Nevins thought he would remain at the Manhattan school, the flagship institution of the Conservative movement, for the rest of his career — until the coronavirus pandemic. Nevins spoke with eJewishPhilanthropy about how his experiences during the coronavirus pandemic inspired  soul-searching, followed by some job-hunting and finally the decision to start a new phase of his career — as the head of school at Golda Och Academy (GOA) in West Orange, N.J.

“Some people feel like 3080 Broadway [JTS’s address in Morningside Heights] is the center of the Jewish universe,” he acknowledged. “And JTS is a national organization.”

But the coronavirus pandemic caused him — and many other people — to reconsider his career path. Nevins had also thought about going back to the pulpit, but the contrast between JTS’s remote learning program — which was suitable for adults — and the immersive experience offered by day schools struck him as especially compelling.

“Day schools were lifted up in my mind as the place where the most important Jewish identity formation was happening,” he said.

Raised in New Jersey and educated at Harvard University, Nevins received ordination from JTS in 1994. That same year, he took a job as a pulpit rabbi at Adat Shalom Synagogue in Farmington Hills, Mich., where he both taught at the local day school and helped to found a non-denominational Jewish community high school, the Frankel Jewish Academy.

His pastoral and scholarly abilities were very appealing to the hiring committee at GOA, said Rebecca Berman, one of the members.

“We were really moved by his intellectual heft and his menschlichkeit,” she said, using the Yiddish word for humanity. One of his references, a colleague at JTS, was so moved as she described Nevins’s skill as a listener that she cried. Nevins is a member of the Conservative movement’s Committee on Jewish Law and Standards, and has written on the participation of Jews who are blind in the Torah service, electricity and Shabbat and artificial intelligence.

Nevins was content at Adat Shalom, yet when his predecessor, Rabbi William Lebeau, announced that he would retire as JTS’ dean in 2007, Nevins felt compelled by the opportunity to use what he’d learned as a congregational leader to have a wider impact on the movement by training its rabbis.

“One of my favorite parts about being a dean was helping my students apply for jobs,” Nevins said. “Year after year, like so many educators, I would see my students going back out into the world to start their service, and I started to wonder if I should get back out there, too.”

When Prizmah posted the job listing for the head of school position at GOA, a friend encouraged him to consider it. Nevins’s predecessor, Adam Shapiro, had worked at GOA for 18 years, the final six as head of school.

Founded in 1965 as the Solomon Schechter Day School of Essex and Union (counties in central New Jersey), GOA was part of the Conservative movement’s network of Solomon Schechter day schools, most of which are now known by other names. In 2016, the Schechter Day School Network became part of Prizmah, a support organization created by the merging of five day school groups. GOA took the name Golda Och Academy in 2010 after receiving a $15 million matching gift from the Jane and Daniel Och Family Foundation. Daniel Och is the founder and former CEO of Och-Ziff Capital Management Group in New York. Golda Och helped to found the school.

GOA draws students from outside its immediate area, and while the day school is rooted in the Conservative community, it also serves families who attend Reform and Orthodox synagogues, as well as those who are unaffiliated.

This ecumenical aspect of GOA’s culture resonated with Nevins, who, when he first became involved with the project of creating a Jewish high school near his synagogue in Michigan, had assumed it would be a part of the Conservative movement. The 1995 assassination of Israeli Prime Minister Yitzhak Rabin shifted his thinking, however, and he decided that the community, at the time divided over the Rabin’s death, would be better served by a non-denominational school that help provide a common ground despite such differences.

“A community day school can’t please everyone, but what I like about Golda Och is that it has core values, like egalitarianism, but also serves people from across the community,” he said.

The robust donor support GOA enjoys, from the Och family and others, was also a draw, Nevins said. In March, the Jane and Daniel Och Family Foundation donated another $10 million matching gift. Nevins said he appreciates the family’s interest in both faculty excellence and student support.

“We’re looking to have many more types of learners flourish in the school,” he added, including both students with disabilities, and those with differences, such as an aptitude for visual versus oral learning.

The Och gift will also enable the school to raise faculty salaries, which is a need across the field of Jewish education, according to new research from the Collaborative for Applied Studies in Jewish Education.

“The idea is to have new models to reward outstanding pedagogy,” said Nevins. “The faculty are involved in creating a new model for compensation.

Despite his long career in Jewish education, Nevins has not run a day school until now. He said his experience as JTS dean has equipped him to fill the role at GOA, in terms of the academic calendar, and in the work of bringing students into the institution, and then seeing them on their way in the world.

Nevins told the school during the hiring process that while he cares about college admissions, that would not be his primary focus.

“I’m going to be bringing a Jewish agenda,” he said. “I’m going to intensify Jewish knowledge, Jewish practice and Jewish identity. That’s at the core of my Jewish mission.”