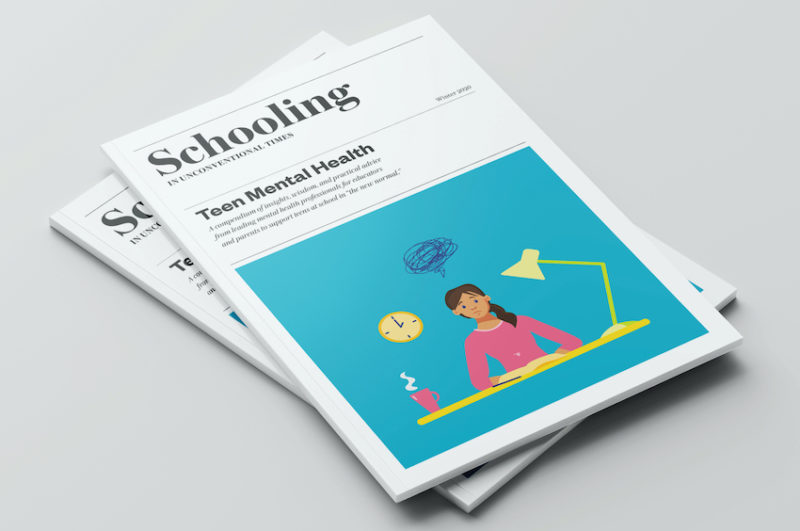 The Wellness Institute, a new mental health organization created by the Chabad-Lubavitch movement and focused on young people, became a critical supplier of training and materials to the Jewish community during the coronavirus pandemic. Now, with the need for such services still in high demand, it plans to produce more materials and help to set up local clinical boards, Rabbi Efraim Mintz, the Rohr Jewish Learning Institute’s executive director, told eJewishPhilanthropy.

Launched in December 2019 with a focus on providing in-person training and expert support for professionals who work with children, the institute is a division of JLI. The pandemic intensified the need for its services, which both enabled the organization to expand its reach and inspired it to broaden its mission, said Rabbi Zalman Abraham, the institute’s director.

“People are open for some disruption that will change the way that we think about mental health and services,” Abraham said.

JLI was created about 20 years ago to create an educational component for Chabad-Lubavitch’s network of university Chabad houses, which were known at the time more for holiday parties and Shabbat dinners, said Mintz. It now offers hundreds of courses on such topics as Jewish ritual, history and spirituality, in addition to legal and medical ethics and psychology classes accredited by the American Medical Association, the American Psychological Association and many state bar associations that can be counted toward continuing education requirements. The Wellness Institute was an outgrowth of JLI’s offerings for psychologists and other mental health professionals, through which JLI became involved in issues of youth and mental health.

The pandemic exacerbated those problems, said Abraham, citing research from the Centers for Disease Control and Prevention (CDC) that found that mental health-related pediatric emergency room visits in 2020 increased by 24% among children ages 5-11 and 31% among children ages 12-17 compared with 2019.

The institute now aims both to upgrade the Jewish community’s suicide prevention mechanisms and to help the community think about youth and mental health in a more expansive way that it hopes will lessen the need for crisis intervention.

“This is not only about suicide prevention,” Mintz said. “It’s about meaning, about a healthy sense of purpose.”

A review of the suicide prevention curricula used widely in the Jewish community, such as QPR for Suicide Prevention, found mostly short training programs that did not provide ongoing support and often didn’t incorporate the latest research and thinking. The Wellness Institute created an advisory panel of its own, including such highly regarded experts as Dr. Kammarauche Asuzu of the Yale Child Study Center, Thomas Joiner of Florida State University and Jonathan Singer, president of the American Association of Suicidology, and drew on their work to create new materials and training sessions.

These experts are available to Jewish professionals who need help dealing with a life-threatening mental health crisis, Abraham said. The institute is also creating a database of health care providers with suicide-specific training.

With support from the Diamond Foundation in Vancouver, Canada, the institute helped the local community set up a mental health advisory board, and is now replicating this model in seven other cities, Abraham said.

Its first two trainings drew mostly attendees mostly from the Chabad community, but successive programs geared toward parents, educators, youth leaders and clinicians drew a more diverse audience of between 200 to more than 500 people, in the case of the clinicians, Abraham said.

About 130 organizations, including BBYO, the youth group; Repair the World, the service organization; and several individual congregations of various denominations, put their logo on magazine-style materials the institute created and mailed them to constituents. They have also been downloaded at least 200,000 times, Mintz said.

“We’re not looking to build our brand, our organization, our logo,” Mintz said. A small JLI logo appears on the back of the magazines, which offer such articles as “The Back-to-School Emotional Toolkit” and “Finding Stability in Wobbly Times.”

The institute offered the materials to Jewish organizations it had connected with through Jewish Teens Thrive, an initiative of the Jewish Teen Education and Engagement Funder Collaborative, and also by reaching out to congregations, schools and community organizations through contact information they obtained online, Abraham said.