Bitcoin can now plant a tree in Israel

JNF-USA and other Jewish charities are accepting donations in cryptocurrency 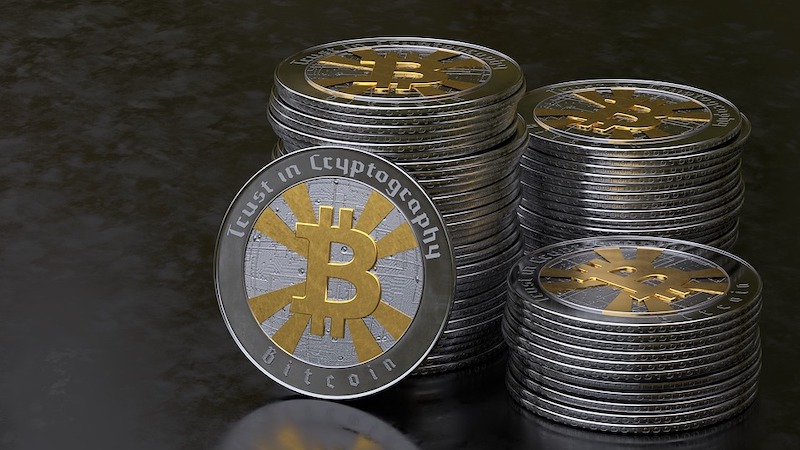 The Jewish National Fund-USA (JNF-USA), which fundraises and makes grants on behalf of projects in Israel, is open for bitcoin business. “There’s an increase in giving in cryptocurrency, so why not be in the mix?” Matt Bernstein, JNF-USA’s chief planned giving officer, told eJewishPhilanthropy.

Such donations tend to be large due to the asset’s rapid increase in value and most donors’ desire to avoid paying the required capital gains tax on the profits made in any sale, said Ryan Raffin, a partner at the Jacksonville, Fla.-based risk management firm Charitable Solutions.

“Cryptocurrency donations are usually not small-dollar donations,” Raffin said. “The lowest we’ve ever encountered would have been five figures; we’ve seen donations that are seven figures or more.”

It’s relatively easy for nonprofits to set themselves up to accept such donations, he added. The main investment is staff time, to educate the relevant employees on how the market works. The next step is establishing an account with a service like BitPay, through which one can buy, sell and store bitcoin, which at least 500 nonprofits had done by 2018, according to the Chronicle of Philanthropy.

Bitcoin is the largest form of cryptocurrency and was the first, although its origins are still murky. It was invented by an as-yet unidentified person or group that operates under the pseudonym Satoshi Nakamoto, and essentially created out of nothing when Nakamoto “mined” the “genesis block” of bitcoin, generating 50 coins with no value. The asset class is called “cryptocurrency” because bitcoin and other forms are generated and traded through encrypted technology.

Nakamoto sent a gift of coins to an early enthusiast on Jan. 12, 2009. From there, a small group of believers started to buy them, mostly for fun, and even as more bitcoin has been mined, its value has risen. Today, it has a market capitalization of about $1 trillion, compared with the second-biggest form of cryptocurrency, ethereum, with a market capitalization of a little less than $280 billion. A single bitcoin is worth around $55,000; its value can fluctuate significantly, however. Just this past Sunday, its value fell 11% from a record high of nearly $65,000 per coin.

Bernstein said that’s what JNF-USA intends to do. “The minute we get it we’re going to convert it to cash. It’s highly volatile, and we’re not in the speculation business. This is our general policy; it’s what we do with stock.”

Similarly, this past December, the San Francisco-based Jewish Community Federation and Endowment Fund announced a partnership with Endaoment, a nonprofit community foundation that had developed cryptocurrency donation software, to convert such donations into dollars as they flow into the federation’s donor-advised fund. The biggest donor-advised funds, like Fidelity Charitable, do the same.

The Jewish Community Federation and Endowment Fund of San Francisco has received about a dozen queries from donor or other nonprofits interested in using the Endaoment technology to make gifts in bitcoin, said Kerry Philip, the senior director of strategic marketing and communications.

The IRS also requires that any cryptocurrency donation receive an appraisal in order for the donor to take the charitable tax deduction, unlike stock traded on a government-regulated exchange, whose value at any moment in time is easily ascertained. Charitable Solutions bases its valuation on an average of three U.S.-based exchanges: Coinbase, Kraken and Gemini. The donor pays the appraisal fee, which is at most $700, Raffin said.

Some nonprofits have also shied away from cryptocurrency contributions because it has been associated with money-laundering due to the lack of government regulation and common tendency of owners to buy and hold anonymously, Raffin said. The risk of becoming inadvertently involved in criminal activity is lessening because cryptocurrency exchanges are under pressure to build trust in their business, both to attract customers and from governments who are pushing them to verify donor identity for large transactions, he explained.

The IRS requirement that nonprofits collect and report information that identifies a donor, such as name, address and social security number, within three years of donation is also a safeguard against this risk, Raffin said.

Bigger organizations would be wise to make it easy for a bitcoin billionaire to donate to them, Bloch said.

“Community organizations would certainly provide a useful service if they did it, for themselves or as a gateway to funnel money to other Jewish philanthropic institutions they support,” he said.