The American Jewish Committee (AJC) announced in August a “Disrupt antisemitism” initiative offering funding “for new ideas to combat antisemitism, locally, nationally or virtually.” The initiative is to be commended both because it may produce new approaches and in launching this effort, the AJC is acknowledging that existing strategies may not be able to reverse the alarming increase of antisemitism underway. The rabbinic sage Rav Nachman is oft quoted: “the endpoint of knowledge is to know that we don’t know.”

Fighting antisemitism is now one of the highest priorities of virtually every North American Jewish federation and many national Jewish organizations. Community security systems are being strengthened and there are continuous calls for bold new initiatives to combat antisemitism. Determining the most effective strategies for the North American Jewish community to respond to increased antisemitism requires clarifying our understanding of what is taking place, assessing what has and is being done, and developing strategies for the most effective ways to move forward. 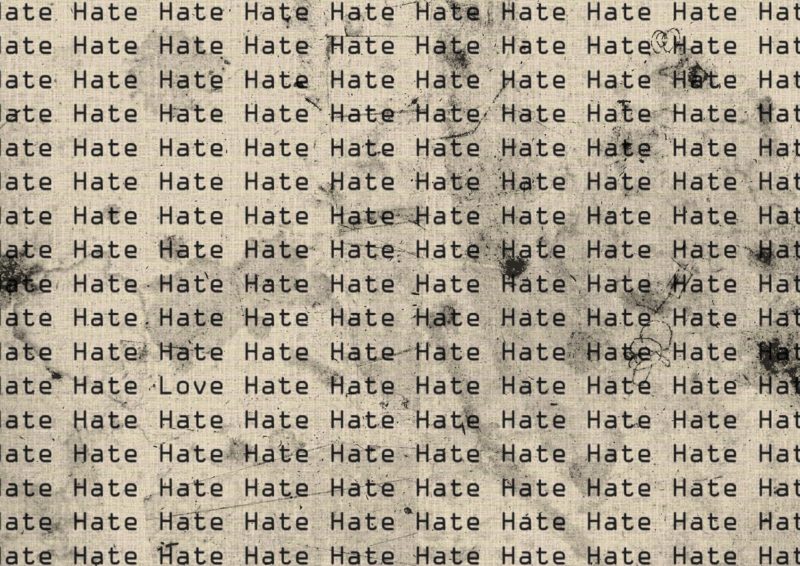 “Naming and shaming” has been the Jewish community’s primary strategy to combat antisemitism for decades. Acknowledging that hate, racial stereotyping and antisemitism are part of the human condition, multiple efforts were forged including litigation, legislation and arguably most important, successfully creating a broad public consensus — among elites and the media — that expressions of antisemitism were simply unacceptable. When we read or heard of an antisemitic speech, statement, article or book, Jewish leaders called it out and pressed political, cultural and religious leaders and the media to denounce those responsible and insist they be shamed, censured or removed from leadership positions. These efforts were, and remain, impactful and no doubt deterred unknown numbers of purveyors of hate from expressing their antisemitic views. That said, “naming and shaming” is clearly not sufficient on its own to halt, let alone reverse, the growth of antisemitism.

Local and national Jewish organizations have also long sponsored dialogues with leaders of other ethnic, racial, and religious groups. These efforts created valuable relationships essential when crises occur, strengthened partnerships to advocate for Israel, and enabled collaborative endeavors to work on a range of issues nationally and locally. That said, such dialogues have been almost always limited to relatively small elite/leadership groups.

As a community, we instinctively understand reports of attacks on Jews as being part of the centuries-long history of Jew hatred that led to attacks on Jews and Jewish communities, pogroms and ultimately the Holocaust. While understandable, we might ask whether this is the wisest, most strategic way to frame our collective response. As but one example, in 2018 when the horrendous attack took place at Tree of Life synagogue in Pittsburgh, there were over 320 mass killings in America defined by four or more people being killed. After most mass killings, media and public officials primarily focused on the promiscuous availability of guns and mental illness. After Tree of Life, the public focus — with the active participation of Jewish leadership — was overwhelmingly on combating antisemitism. And we ought to note while the murderer uttered vile antisemitic statements, he focused on the role of Jewish organizations, HIAS in particular, for sponsoring its Refugee Shabbat program and related work.

The Jewish People Policy Institute (JPPI) conducts annual dialogues of community leadership in the Jewish world. JPPI’s eighth Jewish World Dialogue, in 2020, focused on the rise of antisemitism and how it is understood principally by Jews in their 20s, 30s, and 40s. Eleven dialogue sessions were conducted by my colleague Dr. Shlomo Fischer and me, nine in North America and two in Israel, with 154 participants (the report can be viewed here).

While we ought to be cautious generalizing from the limited number of Dialogue participants, what emerged from JPPI’s 2020 Dialogue may be helpful. “Most participants attributed the increase of antisemitic views and acts to the increase of racism broadly and pointed to the growing role of social media” in disseminating hate, racism, and antisemitism. In terms of how to respond most effectively, “most believe the Jewish community should develop coalitions with other racial and ethnic groups to combat racism broadly — even with groups that hold views on Israel and other issues (such as abortion) that vary from the consensus views of North American Jewry.” As one Dialogue participant asked in a breakout session, “does anyone really believe that there is greater hatred for Jews in America than African Americans, Latinos, immigrants, or Native Americans?” The room fell eerily silent.

The young Dialogue participants understood these attacks as part of the larger context of what is underway in America while most Jewish organizations often frame what is taking place more narrowly, i.e., about antisemitism. Which prompts the question: is the Jewish community well served primarily framing such attacks as part of the long continuing history of antisemitic hate and attacks, or would it be better served by viewing the increase of antisemitism as a component of the increased racism and hate impacting the whole country? The latter would position Jewish leadership to join with other racial and ethnic groups to combat racism, hatred, and antisemitism. This issue also flared recently in Israel following Foreign Minister Lapid’s July 14 speech on antisemitism; Lapid argued that antisemitism should be understood as part of wider spread racism and hatred; Netanyahu argued for its uniqueness (see Haviv Gur Rettig’s Times of Israel analysis “A Hatred that Dwells Alone?”).

In recent years, there has been an increased awareness of the long history and complex multiple sources of hatred, racism, and antisemitism in the United States. A range of contemporary factors behind the explosion of racism are cited, including changing demographics, the economic stagnation of the middle and lower classes, and perceptions of advantages provided to “others.” David Brooks, in an article published in The Atlantic in August, “How the Bobo’s broke America,” discusses resentment against the “creative class,” and it should be noted that Jews are overrepresented in the creative class.

The explosion of social media in the past decade has enabled racial hatred and antisemitism to be widely disseminated. Add exploiting racial fears for political gain and the alarming increase of mental illness, isolation and depression, particularly among the young, and this is a volatile mix that has produced elevated enmity against various demographic groups. And while unique factors contribute to the antipathy toward each group — African Americans, Hispanics, Asians, immigrants, and Jews — critical views about nationalism, ethnonationalism, Zionism and/or Israeli government policies can, and no doubt do, contribute to the growth of antisemitism in America.

Beyond “naming and shaming,” what might be effective? Truth be told, we do not know. In recent conversations with seasoned professionals who have devoted decades to leading efforts against antisemitism, racism and hatred, a plethora of ideas surfaced. In addition to strengthening security in our communities and reassessing what can be done to resurrect the “firewall” in this new environment, new ideas proposed included exponentially expanding the numbers of young and old who participate in inter-group dialogues; developing mandatory inter-group community service projects for teens; requiring inter-group curriculum in high schools; stepping up regulation of social media; and undertaking a global review of empirical studies of initiatives with demonstrated success in mitigating hate, racism, and antisemitism, and more.

These are big ideas that will need to be tested, and if proven effective, will require substantial public/government funding to bring to scale. That said, these ideas are far more likely to generate the needed support from political, corporate and civil leaders if the broadest coalition of ethnic, religious, and political leadership is aligned behind one or more, Jewish leadership and organizations included. In strategically contextualizing the growth of antisemitism in the larger context of intensified racism and hate, we communicate both within the Jewish community and beyond the readiness of Jewish leadership to join with other ethnic and religious groups to heal the social fabric of America. Equally important, this strategy heightens the potential of successfully mobilizing the public opinion, political support and resources required for such initiatives to be tested and potentially brought to scale.

Let the generation of new ideas, experimentation, and testing begin!

John Ruskay is a senior fellow at the Jewish People Policy Institute and executive vice president emeritus of UJA-Federation of New York.