The Jewish Federations of North America conference hoped to demonstrate that, despite social disruptions, the American Jewish community can serve as an example of what it looks like to unite across differences. 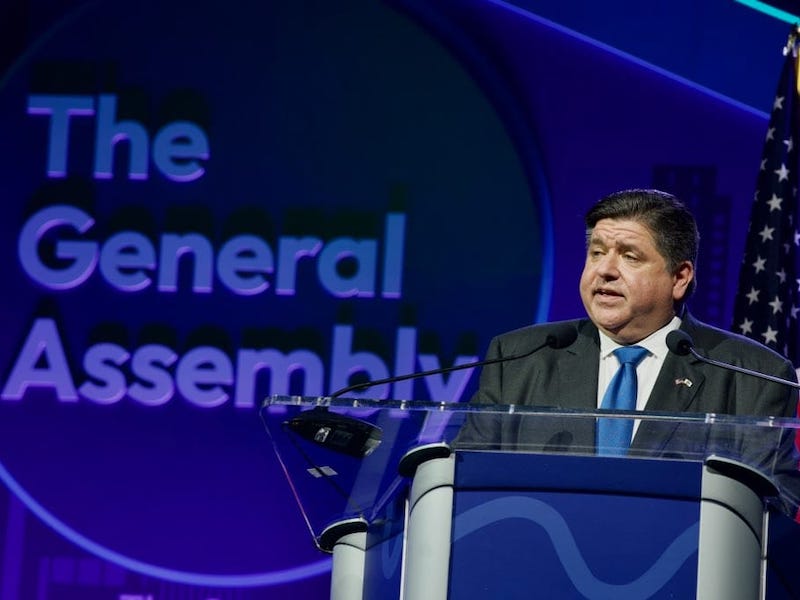 Convening in person for the first time in three years, the Jewish Federations of North America General Assembly hoped to demonstrate on its opening day yesterday that, despite the disruptions of our current era, the American Jewish community can serve as an example of what it looks like to unite across differences.

But the content of Sunday’s sessions at the Hilton in downtown Chicago showed just how challenging that mission may be. Along with celebrating Jewish organizational successes, speeches and panels were peppered with discussions of hate, division and violence. Meanwhile, attendees told eJewishPhilanthropy that they came into the conference concerned about issues ranging from mental health in the wake of the pandemic to gun violence.

“Mental health is a big one — that’s just top-of-mind for all of us around the country,” Lonnie Nasatir, president of the Jewish United Fund, Chicago’s Jewish federation, told eJP — also saying that he’s concerned about polarization and strengthening Black-Jewish relations.

He added, “Again, it’s more of the ‘oy’ rather than the joy, but security — in Chicago, we’re good, but I think we could even be better and stronger… The last thing I want is for a mom with a 3-year-old to think twice about taking her kid to an early childhood center.”

The three focuses JFNA leadership outlined for the conference, which has drawn 1,200 people, are issues that a broad swath of American Jews care about and generally agree on: combating antisemitism and securing communal institutions; alleviating Ukraine’s humanitarian crisis; and reducing communal polarization. At the plenary, JFNA Chair Julie Platt announced that since last year, 19 more local federations have adopted comprehensive security plans for their communities as part of JFNA’s $130 million LiveSecure initiative, for a total of 64.

Although the conference is happening on the eve of pivotal elections in both the United States and Israel, almost no one at the opening plenary discussed either vote at length. Speakers from Illinois Gov. J.B. Pritzker to Platt spent more time talking about Ukraine than about the Jewish state.

“We will act forcefully to make sure that our community remains united and is able to work across differences to address the challenges on which we all agree,” Platt said. “Caring for the safety and security of Jews at home and around the world will not stop us from making sure that our Jewish communities are flourishing everywhere.”

But much of the subject matter in the plenary was dire. NBC News correspondent Andrea Mitchell, who moderated a panel discussion, decried increasing threats of violence against candidates for office, as well as antisemitism and white nationalism. “I wish I came with a more upbeat message,” she said.

During that panel, Amy Gutmann, the U.S. ambassador to Germany, worried that people in the U.S. and Germany are too complacent about threats to democracy, and called Russian President Vladimir Putin “the incarnate of evil.”

One of the final speakers was Nancy Rotering, mayor of Highland Park, Ill., the heavily Jewish Chicago suburb that suffered a mass shooting on July 4, drawing some of the loudest applause of the day when she called for a renewed assault weapons ban.

“Children talk about not if, but when” there will be a mass shooting, Rotering said. “Our children knew exactly what to do on the Fourth of July because they’ve been training for an active shooter their entire lives. What on earth does that say about us as a society?”

In his speech, Pritzker condemned gun violence as well as antisemitism, and said that divisiveness was a problem that extends beyond the American Jewish community.

“In this time of unparalleled division in our country, there is near unanimous support for Ukraine,” said the Illinois governor, a Democrat, who is Jewish. “In so many other ways, though, we are a nation having difficulty finding our common ground. Hate has increased all around us… There can be no peace for those who purvey overt or veiled hateful rhetoric in the public square, and we must never overlook latent acts of violence that are rooted in bigotry.”

Kanye West’s recent stream of antisemitic statements came up throughout the day, and two of the four breakout sessions following the plenary concerned antisemitism and communal security (the others were about mental health and community studies). One leader of a major Jewish nonprofit told eJP that too many people at the GA were focused on antisemitism, at the expense of a more constructive vision of Jewish life.

Others felt that the threats of the day demand action and focus. Maharat Rori Picker Neiss, executive director of the Jewish Community Relations Council of St. Louis, told eJP that she wanted to see leaders take a stronger stance against gun violence, especially given that there was recently a shooting at a St. Louis high school in which a student and teacher were killed.