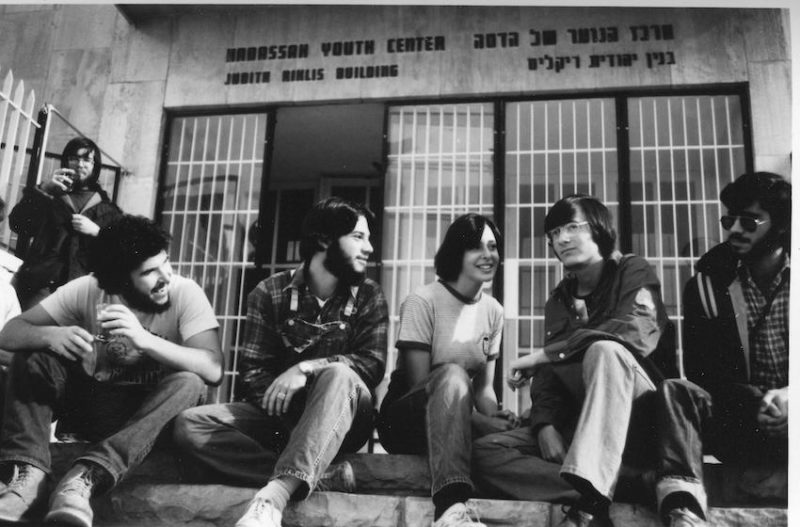 Young Judaea, the pluralist, Zionist organization founded in 1909, has lost some of its coherence as a youth movement despite its strong slate of Israel travel and summer camps, Young Judaea CEO Adina Frydman, who took the helm last October, told eJewishPhilanthropy.

“There have been loose ties between the groups,” she said. “We’re connected by the name, and the basic things we stand for, but the movement was starting to fray.”

Frydman came to Young Judaea after working almost 13 years at UJA-Federation of New York, serving in such roles as a director of Community/LAB, a rapid-response department, and of SYNERGY, which supports synagogues.

“It is countercultural to call oneself a Zionist today, but we say that proudly,” she said. “Yet our Israel work is about authentic engagement. We expose people to the real Israel.”

Young Judaea has been taking high school graduates to Israel for a pre-college year of studying, volunteering and touring since the 1950s, said Michael Berman, chairman of the organization’s board, who went on “Year Course,” as it’s now known, in 1975. It also offers a teen Israel travel program, and seven summer camps.

In 2012, Young Judaea separated from Hadassah, its longtime sponsor. Frydman replaced Simon Klarfeld, who oversaw the creation of Young Judaea as a separate organization and served as executive director until April 2020.

The board has charged Frydman with shoring up connections that have weakened in recent years, and also with “revitalizing the movement,” around its three pillars of Zionism, pluralism and activism, Frydman said.

Frydman has started working toward this goal by bringing liaisons from each camp board onto the umbrella organization’s board. She has created a senior team consisting of camp directors, the assistant director of the Israel operation, the development director and herself.

She also brought the entire staff, which consists of about 50 people in both Israel and the United States, together for virtual programs, both social and professional, including one on the topic of Israel education.

“It was the beginning of a conversation,” Frydman said. “No one could recall the last time we had a meeting across the entire organization.”

She held a virtual yom iyun, or day of learning, in order to start cultivating alumni more actively as donors, board members and mentors to current participants.

Intellectual rigor is a hallmark of Young Judaea, Frydman said: “Alumni remember being 16 and sitting together and wrestling with Zionism.”

Educators work in the various entities and programs under the Young Judaea umbrella, but the group doesn’t currently employ a national educator, Frydman said. She will likely hire someone to fill that role, which will help foster a common culture.

Because Hadassah supported Young Judaea for most of its history, Young Judaea is still building what Frydman called a “culture of philanthropy,” both internally and among its alumni and potential supporters.

“Now we have to make our way,” she said.

Hadassah is still a significant supporter, both Frydman and Berman said. The Marcus Foundation is also a supporter. Young Judaea has also received funds from the Jewish Community Response and Impact Fund (JCRIF), launched at the beginning of the pandemic.

Before the separation from Hadassah, Young Judaea offered more in the area of year-round social activities such as youth conventions, said Berman.

While that programming would also help unify the movement, Young Judaea will most likely continue to focus Israel travel and camps, Berman said.

The board will learn more about Frydman’s vision for Young Judaea when she makes a presentation at its July meeting.

“I’m quite certain it will revolve around the strengths we already have,” Berman said. “The need for a pluralistic Zionist youth movement is greater than it’s ever been.”