A successful entrepreneur, Abigail Seldin’s turn to philanthropy was inspired by a difficult pregnancy 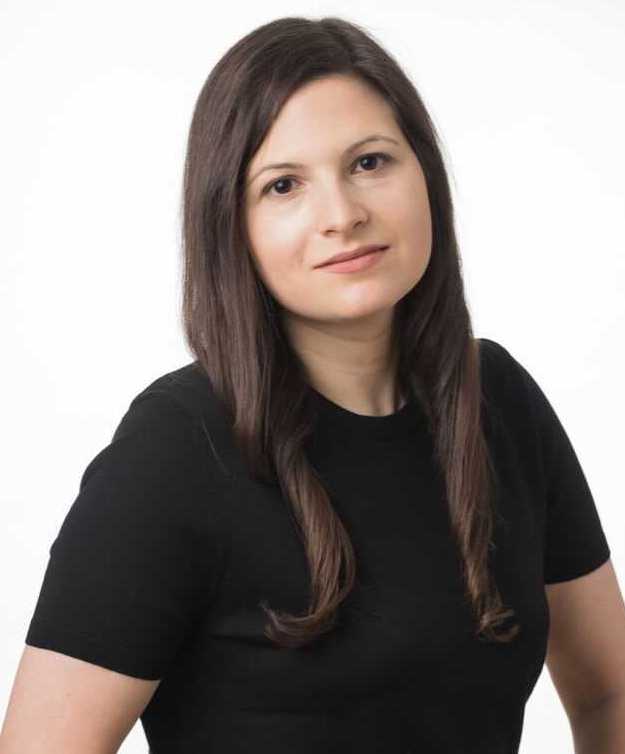 Abigail Seldin, 32, walks the walk when she talks about “impact.” She abandoned a Rhodes scholarship because she felt the only life it would improve was her own. Then, when a high-risk pregnancy and a sick baby compelled her to think again about how she could serve other people, she decided with her husband, Whitney Haring-Smith, to create the Seldin Haring-Smith Foundation (SHSF). SHSF focuses mainly on higher education access and immigration, and makes gifts of about $25,000 that fund innovative strategies with the potential to either change either policy or public conversation, or both.

Helen Chernikoff: Not many people give up a Rhodes scholarship. How did you come to make that decision?

Abigail Seldin: The Rhodes scholarship was an incredibly special experience. I was in and out of Oxford University for two and a half years, working on a doctorate. I met my husband there. He’s also a Rhodes scholar. I learned a lot, and I’m very active in the alumni community. Leaving Oxford was about starting College Abacus, which my husband and I built to create price transparency for college students seeking financial aid. It wasn’t about the Rhodes. I could have stayed in that community forever. It was about the doctorate. What I was working on was not going to have any real impact. And the opportunity cost was the startup, College Abacus, and the possibility of it getting real traction. It had the potential to really change how people understood what is one of the biggest purchases of their lives. I was sitting at my desk and building a tool that could help families understand the cost of college before they had to commit to a school. It wasn’t an easy decision. But it felt like an inevitable decision.

HC: You continued to work on College Abacus after it was acquired. How did you come to be running a family foundation?

AS: The startup was successful. We sold it, and I really liked working on data transparency and basic needs for college students. But then I was sidelined by a high-risk pregnancy, and a sick baby. And fortunately, that sick baby is now shrieking in my backyard. But you know, those two years really gave me a moment to reflect on what’s important. We knew we couldn’t be the Gates Foundation. But we did see a match between what we could do financially, and a gap that we saw in the broader philanthropic sector. We didn’t see that there was a lot of risk capital — small grants to enable organizations to try projects where failure would genuinely be an option. Success was not going to be an incremental solution. Success was going to be a front-page story or a major policy change. Our focus is broadening access to public services, and demanding accountability for abuse of authority, which we think of as being the two core pillars of a robust democracy.

HC: I have heard of philanthropists who try to give their grantees permission to fail if that’s the price of a big success. You define that success in a very specific way — a big news story or a policy change. What if you end up with some impact, but not major impact?

AS: You know, it’s funny, I was chatting about that with another foundation, literally yesterday afternoon. We do land in the middle sometimes. We do sometimes back things where it worked, and it’s kind of moving along, but it’s not news-making, or change-making, in a big way. We don’t sneeze at that, but it’s not necessarily a success for our model. Candidly, it’s not always easy to communicate this with prospective grantees. When we look out and we solicit proposals, or when we start talking with organizations about grants, we try to start from the end point. We ask, what is the success we want to see, and what do we have to do to get there?

HC: It’s interesting to understand how important the media is to your process. There are always more stories than there are journalists. How do you deal with that challenge?

AS: That’s an interesting question, especially this week, where it’s been hard to break through the news about the infrastructure bill. I would say we’re at a level that we are comfortable with, and this is a big part of why we invest in communications. We think about communications as we frame the project. What makes something newsworthy has been one of the criteria. Now, whether we’ve actually adequately matched that with a reporter, or with a given reporter’s timetable, or with the current news of the day, that can be a challenge. But for the most part, we’ve seen the stuff we wanted to land, actually land.

The best example of that is our sex-trafficking work from this past summer. We worked on this investigation for 18 months. It found a connection between sex trafficking and state-authorized vocational programs like massage therapy and cosmetology. We thought success would be a major change in focus in the higher education accountability structure and hopefully a front-page story. When I first got the tip that this was happening, it seemed like something that ought to be front-page news. The Department of Education has launched an official investigation into the accreditor of the school highlighted in our report.

HC: Do Jewish values play a role in your work?AS: What we’re trying to ensure is that if we’re doing systems change, that we are creating more impact than we could with direct service dollars. We think about direct service in the Jewish tradition as being a critical component of how people do tzedakah [charity], so we really feel the burden is on us to make sure that we are catalyzing, or creating more impact than we could do if we were putting money to work with direct service organizations. For example, thinking about work that we’ve done around mobilizing expansions to the SNAP [Supplemental Nutrition Assistance Program] program by working with a state legislator in Virginia to include an additional 25,000 families. That kind of additional benefit is more than we could have achieved if we had put the entire budget of the foundation into food resources.