Space at the table for everyone

In an effort to make philanthropy more inclusive of and responsive to the needs of communities being funded, participatory grantmaking ensures that the people the money is intended to benefit play a role in deciding how it is allocated.

Like many Jewish communities, Cincinnati seeks to widen the tent and foster Jewish connections for more people. And we know we cannot do this work alone.

Data from our 2019 Community Study conducted by Brandeis University revealed that 48% of Jewish adults seek greater connection to Jewish life, but many of them rarely participate in Jewish organizations and experience barriers to connection. 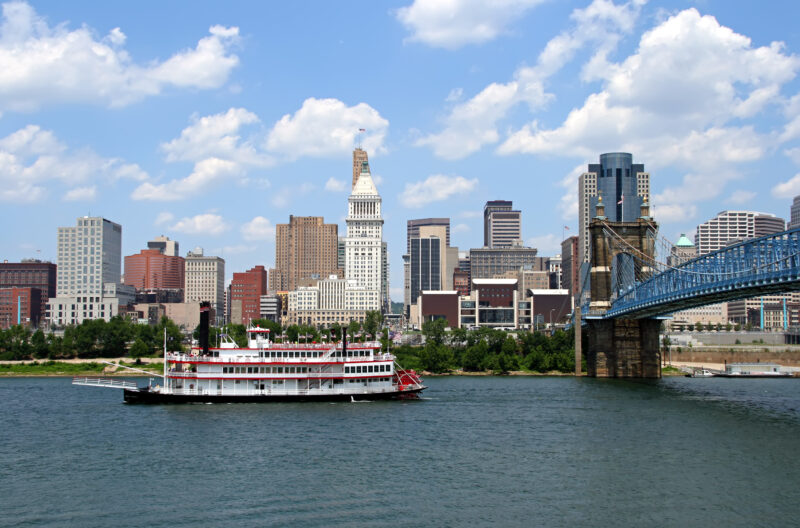 Because we have a mandate to serve the entire Jewish community, the Jewish Foundation of Cincinnati (TJF) took this data to heart.

Enter Reflect Cincy, a pool of innovation funding — provided by TJF — designed to spark meaning and connections with underrepresented segments in the community, specifically young adults without children, interfaith families with children and families with young children.

When we first began planning Reflect Cincy, our trustees and staff understood that for this money to make a difference, the people we wanted to engage would need to be at the table.

We wanted to build a grantmaking team with a mix of lived experiences and connection to their Jewishness, including bridge-builders — people who are involved in local Jewish organizations with broad networks. Ten people now serve on Reflect Cincy’s creative team. For most of these individuals, Reflect Cincy was their first grantmaking experience and for several, it was their first compelling encounter with a local Jewish institution in recent years.

By Jewish standards, this group is relatively diverse — some are Orthodox, one is a rabbi, some belong to interfaith families or households with people of color. Some are LGBTQ, some have children, others do not. Some are long-time Jewish community organizers, others live out their Jewishness through advocacy. Some are fluent in Hebrew and others know just a few words. Each is committed to helping those who feel excluded find community. And each wanted to help TJF experiment with a more representative model for grantmaking.

What we learned after this project was well underway is that our model has a name: “participatory grantmaking.” When, this past spring, Jewish Funders Network (JFN) published the guide, “Participatory Grantmaking in the Jewish Community and Beyond,” we discovered we are part of a small but growing community of Jewish funders experimenting with this approach.

In an effort to make philanthropy more inclusive of and responsive to the needs of communities being funded, participatory grantmaking (PGM) ensures that the people the money is intended to benefit play a role in deciding how it is allocated. PGM spans a wide spectrum, depending on how much decision-making power the funder is comfortable sharing with the community.

After extensive meetings and research, and consistent with Cincinnati 2030 — the community’s strategic plan convened by our Jewish Federation — Reflect Cincy’s creative team determined that placing underrepresented segments in positions of influence creates more compelling ways to form Jewish connections. Through our funding, we want to see individuals who develop a greater sense of belonging to their Jewishness and grantees that test their assumptions and adapt.

The team created a set of criteria for Reflect Cincy grants — all with a clear focus on transparency and equity. In designing the criteria, the team emphasized projects that address the reasons people aren’t walking in, whether it’s because they feel uncomfortable or unwelcome or because they don’t find the offerings compelling. One key criterion is the extent to which grantees incorporate stakeholders — the people they seek to engage — in their planning and implementation.

After an extensive review of proposals, the team shared recommendations with TJF trustees for an official vote. The grantees will be announced soon.

It’s too early to know what impact the funds themselves will have. However, we’re already seeing an impact on the creative team, the grant makers. Many have told us they feel a greater sense of Jewish belonging and meaning. Brett Bonfield, COO of Cincinnati & Hamilton County Public Library and recent transplant to Cincinnati, said Reflect Cincy is “by far the best experience of being Jewish I’ve ever had.” Brad Coppel shared how Reflect Cincy offered him a chance to reconnect. “When Kim first reached out to me about this committee, I was excited for it because at the time I was engaged to my fiancée, now my wife, who is not Jewish. One of the things that we were focused on is how we can make sure that the Jewish community of Cincinnati is more inclusive. This committee has been really one of the best experiences of the last few years for me.”

There is so much to unpack about this process, and the learning has just begun. We are inspired by the TJF trustees who agreed to release some control, the TJF staff who were the backbone for this heavy lift, the applicants who took a risk in proposing their ideas and the creative team — the heart and soul of this initiative.

The creative team is a model for the community-building Reflect Cincy seeks to fund. But on a larger level, it calls into question who should be holding the power and defining the problems within philanthropy. If we seek to build a Judaism for the future, who is sitting around the table matters.

PGM can create discomfort and require time-intensive work. But taken in baby steps, PGM has the potential to ensure the relevance of Judaism and Jewish life.

In the words of creative team member, Katie Vogel: “Reflect Cincy is an opportunity to say that we are vibrant and forward thinking and… that we are a community that can look at our deeply radical tradition and say that there is space at the table for everyone.”