LAunchpad, which is starting at four L.A.-area synagogues, organizes teens to collectively fundraise and allocate money. 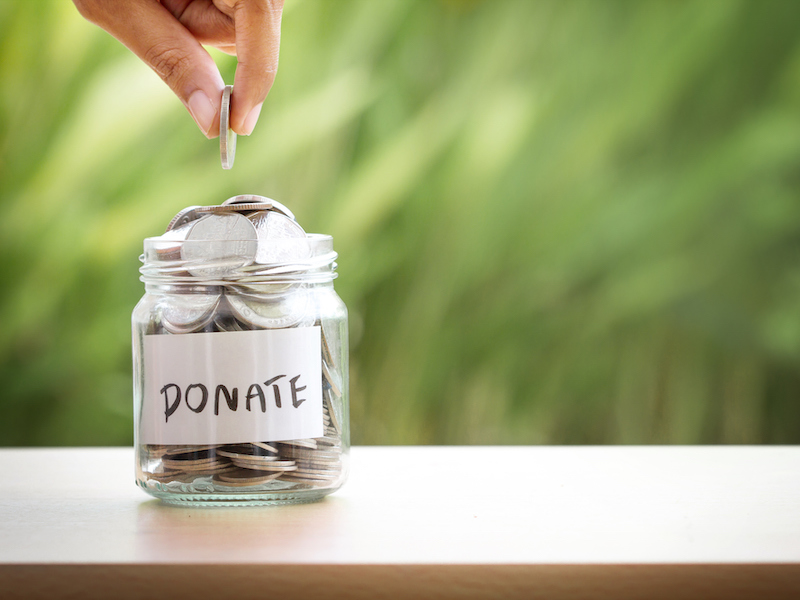 Sadie, 15, and eight of her peers sat in a classroom at Congregation Ner Tamid in Rancho Palos Verdes, Calif., making a weighty decision: All of their favorite candies were present, but which candy was the best? They broke up into smaller groups to discuss.

“It was not a majority vote, but we were having conversations about it, which I felt was really cool,” Sadie told eJewishPhilanthropy. “It was just really fun to bounce off ideas against each other.”

Sadie and the other teens in the classroom were learning to create consensus. While that day’s debate was about candy bars, it was a prelude to the real work in the months ahead: identifying local causes and using Jewish values to make an impact.

The nine teens were participating in their first session of LAunchpad, a new teen philanthropy program in which Los Angeles-area Jewish teens collectively decide where to allocate thousands of dollars.

After this exercise, Sadie expects that future meetings will try to create consensus around  philanthropic giving.

“We probably won’t all agree on what we want to do, necessarily, so using consensus, we won’t do majority votes, but we’ll use it to pick something in a way that includes everyone and is a free-flowing conversation,” she said.

The program’s full name is LAunchpad: The Los Angeles Synagogue Incubator for Youth Philanthropy. It is an initiative of Honeycomb, the teen philanthropy arm of the Jewish Funders Network,  and hopes to engage cohorts of adolescents to explore their community’s hyperlocal needs, strengthen leadership skills and learn to become changemakers.

Three L.A.-area Conservative synagogues  — Adat Ari El in Valley Village, Congregation Ner Tamid in the South Bay and Sinai Temple in Beverly Hills — and one Reconstructionist congregation, University Synagogue of Irvine — are beginning the new Jewish year by launching this effort, hoping it will yield positive results for Jewish philanthropy in the future, as well as more immediate local impact.

“It was like a whole new world for them,” Ami Berlin, longtime director of education and youth at Congregation Ner Tamid, told eJP after their cohort’s first meeting. “They realized, wow, we can really make a difference.”

The program will assemble cohorts of teens at each synagogue who will first learn about philanthropy using a curriculum developed by Honeycomb, which explores identity, Jewish values and customs by discussing what teens care about and where they give, along with materials discussing how to align philanthropy with Jewish values and justice. Danielle Segal, LAunchpad’s program director, will provide in-person training at the program’s start and ongoing support as an advisor to the synagogues throughout the year.

The teens will select an issue to support —such as  homelessness, mental health, the environment or the LGBTQ community — and research the needs of organizations that work on that issue. They will then create and send a request for proposal to relevant organizations. When the applications come in, they’ll do in-person site visits, or virtual tours if the organization is out of town. After gathering all the necessary information, the teens will decide as a group how to allocate the funding.

“It’s really training them,” said Wayne Green, the executive director of Honeycomb. “The process of the philanthropy program is not just about allocating money, but it’s really about learning the core steps of what it means to be Jewish today. What do our Jewish values say about giving? What does it mean when we give? How is that a representation of who we are as Jews in the world and who we are as citizens to make change?”

In total, LAunchpad will be providing the four synagogues with just over $70,000, funded by the Ziering Family Foundation, which had previously funded a similar program at  Kehillat Israel, a Reconstructionist congregation in Pacific Palisades. Additional funding for the program comes from the Los Angeles Jewish Teen Initiative, which is co-funded by the Jewish Federation of Greater Los Angeles and the Jim Joseph Foundation. Honeycomb, which has a total annual budget of $1.3 million, has one full-time staff member dedicated to the program, and each synagogue will have a point person as well.

Three of the synagogues will receive $19,500, while a fourth, which is not in the federation’s catchment area, will receive $12,000. Of that sum, each synagogue will set aside $2,000 for grants, to be matched by teen fundraising. The remainder will be for operating expenses, such as staff time, food or transport to site visits.

Teens may use a range of strategies — such as direct solicitation, crowdfunding, email campaigns or social media campaigns — to match the $2,000 grant. They may also hold fundraising events. While some might associate philanthropy with wealth, Honeycomb programs aren’t specifically designed for wealthy families and their children, Green said.

“This is a program that brings teens together from diverse backgrounds, Jewish affiliations, financial ability, and it’s about how they learn with one another, what is their capacity as a group,” Green said. “It’s not about being able to grant out millions of dollars but being able to strategically think about whatever money we have: how do we give it to areas that we care about and how do we see changes that can be made with the finances that we allocate?”

The four-synagogue rollout is a one-year pilot that is meant to expand, both locally in Los Angeles and then across the country, utilizing data and research from the pilot. Honeycomb selected these four congregations from a pool of about 22 interested synagogues of varying denominations in the Los Angeles area. Honeycomb tried to identify synagogue partners in different parts of L.A. County, or seek out congregations whose style of Jewish engagement varied.

Bringing the cohorts together across synagogues is a key component in the program, Green said, helping teens “understand the diversity and the beauty of what Judaism offers.”

“They don’t have a huge Jewish world,” Berlin said of the Ner Tamid group. “An opportunity to meet Jewish kids from other places is wonderful, but then to also meet other kids who are doing the same thing, when you have a shared mission, I think that that only makes that connection deeper.”

Although this group of four synagogues does not include an Orthodox or Reform community, “the hope is that we get more synagogues in future years… so that teens from these different communities can really meet each other,” Green said.

Eric Nicastro, executive director at Adat Ari El, said that the teens’ experience, including visiting a nonprofit as a prospective donor, where they can ask questions and glean information, will help to inform their decisions. Nicastro expects the program will give an estimated 20 to 25 teens “a sense of their role and responsibility within the community, Jewish community and the larger Los Angeles community,” and, he hopes, also affect the larger Adat Ari El community.

“A great vision for us would be to start a branch of family philanthropy, where families get together in havurot [small groups] and decide to put some money aside and fund something each year,” Nicastro said. “After the teens get launched with their program, there can be some intergenerational learning that goes on afterwards. I’m hoping it becomes part of the cornerstone educational experience here.”

Nicastro and his team aim to let the teens lead the way. “Our job is to go and ebb and flow with where our teens are going, because that will ultimately make the program the most successful.”

University Synagogue is offering an open invitation for teens to join the program in order to lower barriers to entry and encourage teens — many who may have opted out of synagogue life after their bar or bat mitzvah — to return. They sent high-quality  invitations in the mail, inviting teens to participate in the program.

“One of the biggest pieces of parent feedback we received over the summer was the importance of creating experiences that are relevant to teens and their lives right now,” said Jessica Bram, director of congregational learning at the synagogue. “LAunchpad fit our needs as the program allows teens to explore the inner workings of many local nonprofit organizations, understand how their actions and funds can make a real difference in the world and the Jewish values [that are] attached,” Bram said.

At Sinai Temple, a large Conservative synagogue, the program will launch in January as part of the congregation’s  “Chai School” teen program, and David and Angela Nazarian Youth Fellowship, both of which are resuming this year post-pandemic. Rabbi Erez Sherman sees the program as a potential connection point between generations at Sinai Temple and plans to engage the temple’s adult members in the world of philanthropy in sharing their experience with the teens.

“Our teens have to be inspired by the stories of our adults but philanthropists and adults in our community need to see that this is actually happening on the 12th grade level,” he said. “And I think that actually by seeing the younger generation start to give, they’ll be inspired to be more active in their own philanthropy.”

When it comes to hyperlocal issues that are visible every day, like the increasing numbers of homeless people in Los Angeles, he added, the teens “might have the next greatest idea in terms of how to work with these causes… It’s not only philanthropic leaders that we want to introduce them to, [it’s] civic leaders as well; I think they go hand-in-hand.”

As Sadie, the teen from Congregation Ner Tamid, moves through LAunchpad in the months ahead, she’s most looking forward to working with her peers, all of whom she knows personally.

“I think it’s really cool that we are given the opportunity to work together to make a difference,” she said. “I’m very excited to hear other people’s ideas.”