Wellness now a staple for campers and counselors 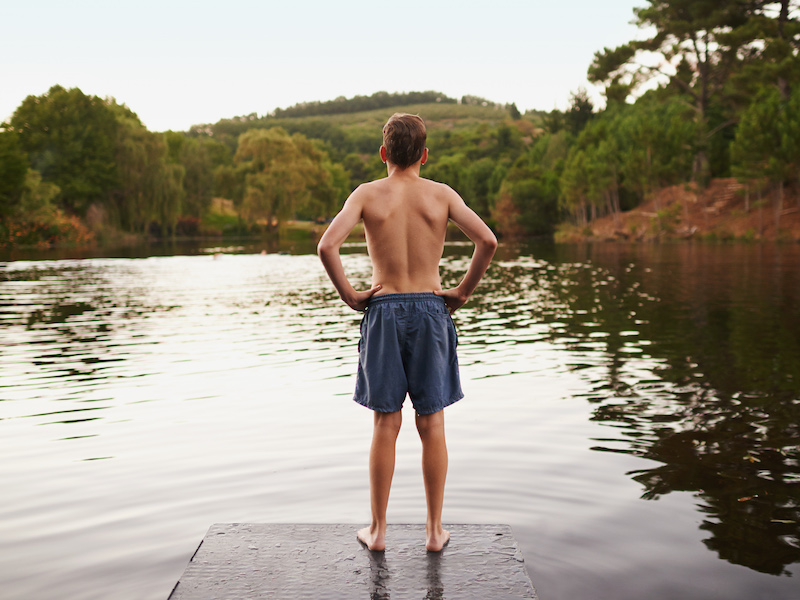 When they return to their bunks this summer, Jewish campers will hopefully not have to worry as much about COVID-19 as they did in 2021. But there are signs that another wellness issue looms — fueled in part by the disruptions and emotional stress of the pandemic: the mental health of campers and staff.

In response, camps are changing some of the rules and traditions that have, for decades, defined the summer camp experience, officials at JCamp 180, a camping initiative, told eJewishPhilanthropy. At some camps, which previously restricted or prohibited screen time, campers are now allowed to use a computer for Zoom sessions with their year-round therapists. Camps are also considering reducing the hours of counselors who used to be with campers day and night — a change that may also help camps recruit more staff members. The Foundation for Jewish Camp (FJC) also said those changes are being adopted by a growing number of camps.

“Camps are really aware that a lot of the counselors and staff felt a little burnt out,” Michael Miloff, a senior advisor to JCamp 180, told eJP.

“There’s a moment now to be rethinking the staffing model of overnight camp,” JCamp 180 director Sarah Eisinger told eJP. “Some of the interventions may include hiring more specialists, more adults, other support for the cabin staff to not be on-call for 18 hours a day.”

FJC continues to see significant demand for its three-year mental health initiative for camps, called Yedid Nefesh. The first cohort saw 31 camps chosen out of 91 that applied. The second cohort had 83 applicants for 30 more spots, eJP has learned, and just chose its grantees, who will begin ahead of this coming summer.

In addition, a recent JCamp 180 survey of senior Jewish camping professionals and lay leaders found that the mental health of campers and staff were the top two concerns ahead of summer 2022. Mental health is also a chief concern beyond the Jewish camping system. In December, American Camping Association CEO Tom Rosenberg said last summer was “one of the hardest, if not the hardest summer in a long time” due to mental health.

“[We’re] moving the needle from maybe having somebody on-call for crises to saying mental health is an integrated part of supporting our camp community,” Jill Goldstein Smith, a senior program manager for FJC, told eJP. “They need to be a mental health professional, as opposed to where camps previously had been, with maybe [having] somebody there who has high emotional intelligence to give really important hugs.”

Some of the camps in the just-announced cohort are part of large networks — such as Ramah, the Union for Reform Judaism, Bnei Akiva or Young Judaea — and may already have a mental health professional on hand. Others are smaller, independent camps hiring their first staff member dedicated to the field. Camps that already have a mental health specialist, Goldstein Smith said, may use the funding to hire a second one dedicated to staff members — who are in the position of both caring for their campers day and night, as well as attending to their own mental health needs.

“Each camp that applied and received the grant had room to grow,” she said. “To have one person to support 1,000 people — a school would never do that, and people don’t typically sleep overnight at schools.”

The recent survey polled senior Jewish camping professionals and lay leaders regarding the top trends that create “significant opportunities or challenges for your camp over the next 5 years.” It’s the third such survey from JCamp 180, an initiative of the Harold Grinspoon Foundation that provides leadership development and fundraising guidance to Jewish camps.

The survey was sent out last fall to nearly 4,000 recipients and completed by 191 people from 116 camps. Because the respondents come from the camps’ senior leadership, JCamp leaders hope the results are reliable despite the low response rate.

Respondents felt that “high levels of anxiety and mental health challenges among campers,” as well as among staff, were the top two trends for this coming summer. Those trends also were near the top of JCamp 180’s past two surveys — the first of which was conducted before the pandemic.

She added, “Camp is a place where it’s encouraging people to be who they are, and these issues are challenging young people, so just because you’re at camp, at a beautiful, idyllic place, it’s not going to go away.”