Philanthropy, and the thriving of the organizations that it is meant to support, requires genuine trust between funder and fundee, between volunteer and professional. This is not blind trust. Poor decisions might (will) sometimes be made and nefarious intentions might guide actions.

Every relationship is built upon trust. Between people. Between citizens and their leaders. Between communities and their institutions. Trust is what allows us to cooperate and collaborate. Yet it withers under the stress of our proclivity toward assuming malintent.

Our texts provide an illustrative example. 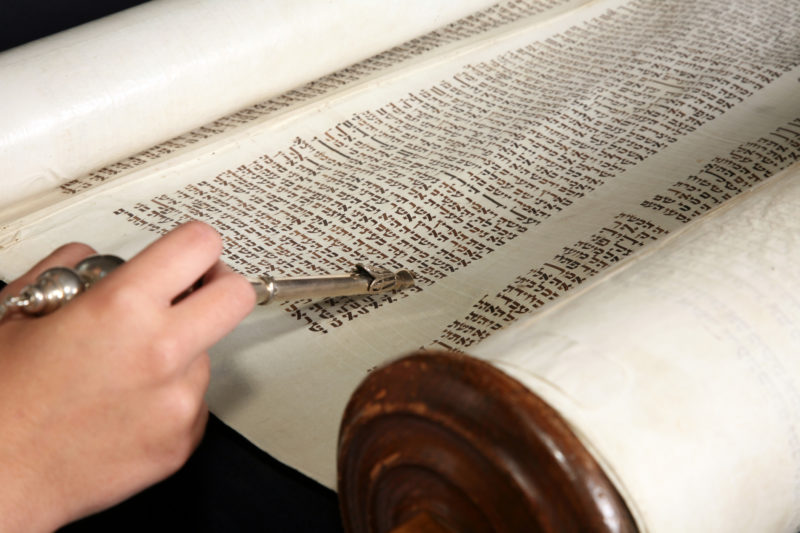 Toward the end of this week’s Torah portion, Matot, the Israelites stand on the precipice of concluding their long journey from Egypt, atop the hills overlooking the Land of Israel from its east, near Jericho. There, as Moses prepares to enumerate the forthcoming allocations of land to each tribe, the leaders of Gad and Reuben approach Moses with a striking request, begging, “The land that the Lord has conquered for the community of Israel is cattle country, and your servants have cattle. It would be a favor to us… if this land were given to your servants as a holding; do not move us across the Jordan” (Num. 32:4-5). Having spent 40 years preparing to enter the Promised Land, the tribes of Reuben and Gad are quite happy to stay put in Moab, where the land would benefit their livestock.

Moses chastises the tribes for their request, and midrash reflects on this episode by maligning the two groups, castigating them as selfish and more concerned with their material wealth than the well-being of their fellow Israelites. The rabbis conclude, “they loved their possessions more than [human] souls” (Bamidbar Rabbah 22). Ouch.

Now, it is entirely fair to criticize Reuben and Gad’s desire to remain outside of the Land. Their decision seems to come in complete contrast to the essence of the Jewish People’s destiny and the work that the Israelites had endeavored since leaving Egypt. It suggests that they care more about their livelihood than the essence of the lives they would build. The optics are terrible.

But Moses’ and the midrash’s rush to conclusions about why Reuben and Gad were so interested are problematic, as well. Their judgments are guesses, at best. They may have been correct, but without investigating Reuben and Gad’s motivations directly, they are unfair, premature and unwise.

It’s not hard to imagine the way an episode such as this might play out today. It happens daily! With regularity, “scandals” erupt over actions taken, statements made or positions inferred by people, politicians, companies and organizations. In our hyper-partisan times, rare is the instance in which cool heads prevail and we pause to calmly explore what might have occurred before jumping to conclusions and responding in righteous outrage. The Twitterverse erupts, the echo chambers do their echoing and the whole world has concluded all sorts of indignations, without taking a moment to investigate.

Jewish tradition urges a different path. In Mishnah Avot, Yehoshua ben Perahia teaches us, “havei din et kol adam l’khaf zechut — judge others with the benefit of the doubt,” (Avot 1:6). Assume the best of everyone, he tells us; consider the possibility that the worst rationales behind others’ actions are a reflection of our own assumptions.

The Jewish community, and our philanthropic community within it, would be wise to lean on our tradition’s caution against such knee-jerk conclusions, assuming the worst intentions. When we rush to judge, when we lash out with half the facts, we inflame tensions, spread falsities and rely on our more solicitous instincts in order to confirm the assumptions we’ve already decided are facts. Alternatively, we should assume best intentions to start, and when we struggle to understand the choices or words of those with whom we partner, investigate further.

Philanthropy, and the thriving of the organizations that it is meant to support, requires genuine trust between funder and fundee, between volunteer and professional. This is not blind trust. Poor decisions might (will) sometimes be made and nefarious intentions might guide actions. But if we build organizational and funding relationships based on transparency and the assumption of good intentions, we can collaboratively develop environments of trust and mutual support that ultimately will be most likely to have the very transformative impacts on our communities for which we all yearn.