Since 2005, the Cohen Center at Brandeis has produced some 25 community studies, with six more now being completed. Collectively, this body of data is most certainly creating a new American Jewish storyline about how Jews understand the role and place of Judaism in their 21st-century lives and what might be the implications of these demographic outcomes on Jewish institutional practice and performance.

Will Los Angeles demographic trends define the American Jewish future? While this supposition may be difficult to confirm, the recently released L.A. Jewish Population Study should nonetheless be seen as a major research undertaking likely to impact policy and practice in this community and beyond.[1] If indeed the West today is setting the cultural and social motifs of this society, then the data here may have some long-term defining influence in shaping 21st-century American Jewish life! This represents the first study of America’s second largest Jewish community in nearly a quarter of a century; the last study on LA Jewry was conducted in 1997.[2]

L.A. is home to nearly 300,000 Jewish households. These households include almost 740,000 individuals, of whom 564,700 are Jewish. Over the last quarter century, the number of Jews in Los Angeles, according to this report, increased by about 9%.[3] 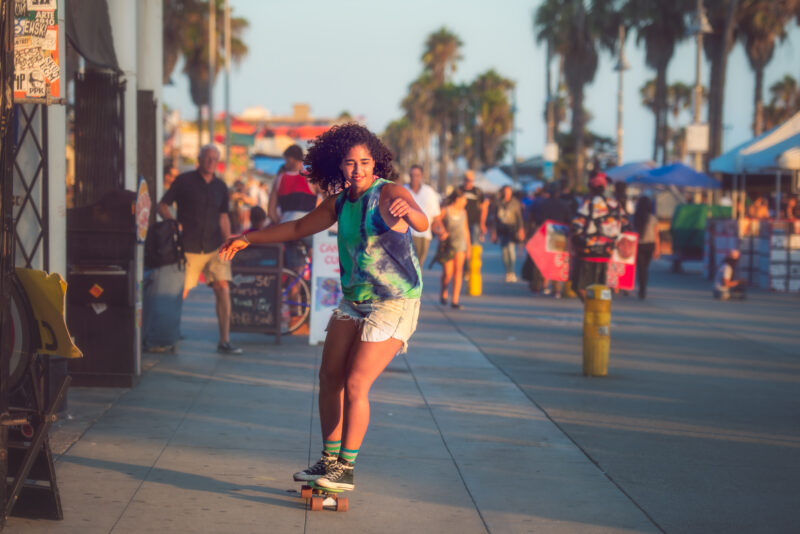 Since 2005, the Cohen Center at Brandeis has produced some 25 community studies, with six more now being completed.[4] Collectively, this body of data is most certainly creating a new American Jewish storyline about how Jews understand the role and place of Judaism in their 21st-century lives and what might be the implications of these demographic outcomes on Jewish institutional practice and performance.

In light of the lower levels of Jewish affiliation recorded among L.A. Jews, the major denominations fared less well, with only 25%  of those who hold affiliation identifying as Reform compared to the national average of 37%; other denominational groupings likewise fell below the Pew Report findings. Just as this study alludes to the decline in religiosity, one finds a corollary reality as evidenced by the downsizing, mergers and closures of Jewish religious institutions in Southern California.

Jew of color account for 6% of L.A.’s Jewish community, with one in four between 22 and 30 years of age. Nearly 10% of all Jewish children are a part of this cohort. The study further revealed that 33% are intermarried, with some 28% reporting economic challenges. The racial and cultural breakdown of LA’s Jews of color include 25% who are African American, 21% Asian, 11% Hispanic, and some 5% who are American Indian/Alaskan, while 2% identify as Pacific Islander.

In alignment with the growing data on intermarriage, one finds 42% of L.A. Jews in a marital situation having non-Jewish partners, with 58% identifying as “in marrieds.” Of those marriages involving Jews between the age of 22 and 30 the intermarriage rate jumps to 60%. How L.A. and other communities establish outreach initiatives designed to engage these families represents a major challenge moving forward!

Disconnected and Uninvolved: In trying to unpack why Jews are uninvolved, the information in this category appears to be particularly significant:

What are the programmatic and operational implications of this report? Here, I am proposing a number of recommendations:

Internal to the Jewish community, the federation may want to advance grass-roots partnerships in such areas as pre-school Jewish education efforts, teen engagement projects, young families and singles outreach, and in senior adult services and activities. These issues are core to building community, growing Jewish identity, and engaging key constituencies.

The study affords the federation the opportunity to launch various community-wide initiatives, including educational and advocacy programs in connection with the issues of homelessness, education and schools, immigration and policing policies. The Jewish community has a profound stake in helping the public sector and in being in partnership with other ethnic and religious communities in seeking to address and solve collectively these broad social issues. L.A. Jews care deeply about such priorities and the federation’s proactive involvement would likely attract broad support and interest.[10]

The study’s findings suggest that the delivery mechanisms for reaching Southern California Jewry will require a return to some form of regional or neighborhood based communal and religious programming. This suggests the idea of “moveable feasts” where flexibility and creativity become dominant themes. Synagogues, camps, schools and museums represent some of the potential partner institutions in advancing this type of organizing model. Making activities accessible, framing programs that are seen as relevant and meaningful, and creating opportunities that are financially-attractive may provide a way forward in reaching out to under and non-involved Jewish constituencies.

Jewish communities, such as Los Angeles, must take advantage of the many academic, cultural and institutional players available. The intellectual and educational resources of this community should be embraced and called upon partner with our communal sector:

Correspondingly, the issue of being in settings where one finds a level of openness and where individuals are likely to be with people who share their common backgrounds, values and practices suggests a heightened attention to the issues of diversity and compatibility. What might add credence to this assumption are various insights offered by L.A. Jewish constituents in connection with congestion and traffic, affordability and the quality and availability of programs and services. Increasingly, individuals want to be in spaces where diversity is both valued and where one can find others who reflect their own cultural, racial and gender distinctiveness.

This 2021 study offers us some insights into distinctive social behaviors but does not provide us with the data about whether or why Jews might be leaving L.A. Indeed, based on census data and other population studies, we can project that there is an outmigration on the part of California’s larger urban areas including the Bay Area and Greater Los Angeles. This would seem to correlate with the exodus taking place in the Metropolitan New York area during COVID-19.  The unreported question here is how deeply is this phenomenon impacting our Jewish communities?

There are other valuable data points associated with this study that I am unable to address here, including information on children and their formal and informal Jewish educational experiences and material on the impact of COVID-19 and other factors on the health and economic viability of individuals and families.

If L.A. and the West have been seen as being on the front lines of change and being responsive to various social trends, then how might the findings of 2021 Los Angeles Jewish Population Study impact future decision-making and promote creative action within the L.A. community, while possibly contributing to transforming the broader communal marketspace?

Steven Windmueller is an emeritus professor of Jewish communal studies and currently serves as the interim director of the Zelikow School of Jewish Nonprofit Management at HUC-JIR’s Skirball Campus, Los Angeles. His writings can be found on his website, www.thewindreport.com.