The fount of overflowing love

It is important for us to find spiritually-minded Jews who have gone elsewhere, as well as turn on a new generation of the already Jewishly curious to wider possibilities within the existing tradition.

This essay was originally crafted in preparation for a national gathering of Kenissa: Communities of Meaning Network that took place in March of 2020. It was a response to Rabbi Sid Schwarz’ opening chapter in his book, Jewish Megatrends: Charting the Course of the American Jewish Future. I found the last of the four propositions Rabbi Sid offered there, namely, the need we have in the 21st century to foster “Lives of Sacred Purpose/Kedushah” most in alignment with my work as the “Kirtan Rabbi.” I began my response — my petichta, if you will — with an experiential vignette drawn from my practice of tai chi. I then went on to use a story of the “conversion” of one of the major students of the Vilna Gaon to the school of the Baal Shem Tov as a way to shed light on how offering immediate encounters with the Divine cultivated by practices such as chant and meditation can attract Jews to Judaism, especially given the competitive spiritual smörgåsbord we face today. 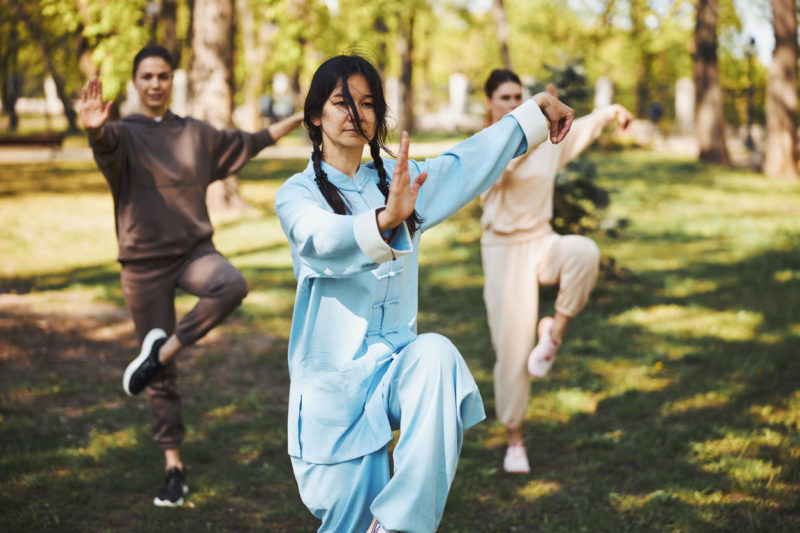 Years ago, I was taking a private tai chi lesson. It was a freezing, late winter afternoon in New York City’s Riverside Park. Like many Jews of my generation, I was attracted to practices of the East. Martial arts have been a life-long pursuit.

The mystical exercise taught to me that cold afternoon by my teacher, Stephe, was called the “Wellfont of Overflowing Love.” The idea was that rather than meet a threatening opponent in kind, with reptilian aggression, one should shower unconditional love on the would-be assailant.

“Set yourself in a stance, and I want you to attack me and get me,” Stephe instructed. I fully intended to spring on him and hit him. But, just as I was about to move, I felt a warm stream of air pierce the cold. I could not move. I could not attack. We both started to laugh.

Stephe answered, “Just imagine with all your heart that you are someone who represents unconditional love, such as Jesus or the Buddha — or, since you’re a rabbi, someone from Judaism.”

I was perplexed: I couldn’t think of anyone. Moses? Throwing down the tablets? David — who walked around with a kupah shel shrotzim (a bag of creeping things) on his back? Anyone? Indeed, one of the strengths of Judaism lies in its more this-worldly, reality-based claim that no one is perfect. At the time, I was distressed; I couldn’t easily call upon anyone from my tradition by whom to channel simple, overflowing love. For, like real life itself, each choice “was complicated.”

Years later, I realized that I could have thought of the Baal Shem Tov.

Perhaps the major inside question asked in Hasidic circles is: How did the advent of the Baal Shem Tov change the world? How is all of history, the fabric of being itself, different since the Besht appeared?

One compelling answer I discovered is in an essay on Hasidism by the Darchei Noam, son of the Slovener line, in his essay, “The Merciful One Needs the Heart.” The author starts out by stating (my translation):

“Hasidism is not intended to fix external matters, nor even to establish a community of devotees bound together — even if this [community] is something desired and very helpful. The main principle of the teaching of Hasidism was concerning internal practice (avodah), to awaken within an individual the thirst and the longing for Hashem. And to this end, the holy Baal Shem Tov descended into the world.”

The Darchei Noam then goes on to share the explanation offered by R. Avraham of Kalisk, a senior disciple of the Vilna Gaon who, later, turned to Hasidism. [In astonishment,] they asked him: “What did you find amongst the Hasidim that you should join them [and leave the court of the Gaon]?”

In other words, all of Hasidism (and what the appearance of the Besht changed) was boiled down to these two words, viz. to bring us to the vitality of Kedusha. The Besht’s teachings, and thus true Hasidic practice, was not about creating a community of believers, or gaining (or retaining) “members:” It was about the inner practice of the individual, such that he or she “should be full of longing and the energy of holiness.” Put another way: If there is to be any Jewish continuity, so the Darchei Noam might assert, this will only come about because of the experience the faith provides to the individual. If we are to have an ongoing community at all, it will not be because we find a new business model. Nor will it be because we channel an idealized historical figure. It will be because each of us discovers a practice and a sense of holiness which allows us to radiate outwardly a love of the Divine from within.

In traveling the world as the Kirtan Rabbi, I have arguably been on the outer edges of kiruv (bringing Jews closer to Judaism). I have been where those self-described “Jews on their parents’ side” have flocked to find meaning elsewhere. I have sought to show that we can offer, out of the riches of Jewish wisdom—and through the vibrational power of the Hebrew language — a kind of ve-chai bahem, a “vitality of living” that can stand side-by-side with other, seemingly “cooler” (and baggage-free) world practices. As Rabbi Sid Schwarz says in his lead essay to Jewish Megatrends, “if you show Jews how Judaism can offer a glimpse of a life of sacred purpose, they will come in droves.” (p. 37)

Insofar as the emphasis of many of our efforts is Jewish continuity and the creation of community, I see Kirtan Rabbi as largely in alignment with such a mission. As I said, it is important for us to find spiritually-minded Jews who have gone elsewhere, as well as turn on a new generation of the already Jewishly curious to wider possibilities within the existing tradition. However, perhaps where the activities of Kirtan Rabbi and other newly introduced modalities differ is in their focus on the practice, in the moment — not so much out of a future concern over whether the Jewish people or Judaism as a religion continues. Indeed, if they are to come, halavai, “in droves,” the irony is that this will be davka because we don’t focus on bringing anyone back, but rather on the Nike mantra: “Just do it!” Just show it. Show how Judaism can be transformative for them.

Like that tai chi lesson from years ago, heat up the bitter winter afternoon of a modern, secular world devoid of meaning utilizing the power of what Jewish practice and wisdom have to offer. If, precisely out of such a demonstration — offered by a newly trained breed of specialists in alternative prayer and ritual forms — a community arises, or if something precious is preserved, as the Darchei Noam says, this is “desired and very helpful.” But it is not necessarily the intention in itself.

Rabbi Andrew Hahn (Reb Drew) is known as the Kirtan Rabbi. His eclectic training includes a Ph.D. in Jewish thought from JTS, rabbinic ordination from HUC and personal study with the founder of Jewish Renewal, Reb Zalman. In his work with communities around the world, he weaves traditional Jewish liturgy and musical modes into the increasingly popular call-and-response chant technology from India, known as Kirtan. His music and albums can be found at https://kirtanrabbi.com/.