The view from Atlanta

If we are going to continue to be a people, we need dialogue, we require grace, and we must resolve to prioritize unity

Three years ago, I wrote here about 70 Atlanta Jewish professional and lay community leaders traveling together to Israel. We represented legacy and emerging organizations plus many synagogues – from Reconstructionist to Orthodox and Chabad. I called it “a living experience of pluralism,” and I shared our story of courage and strength in the face of passionate, diverse reactions to the many flash points on our itinerary. These included discussions with Women of the Wall founder Anat Hoffman, encounters with advocates for Arab/Israeli equity in Lod, touring a well-endowed Orthodox yeshiva in Gush Etzion and visiting an adjacent Palestinian school that was struggling for survival.

We concluded our trip by committing to never speaking unkindly of each other or assuming malintent. We continue to keep this promise. 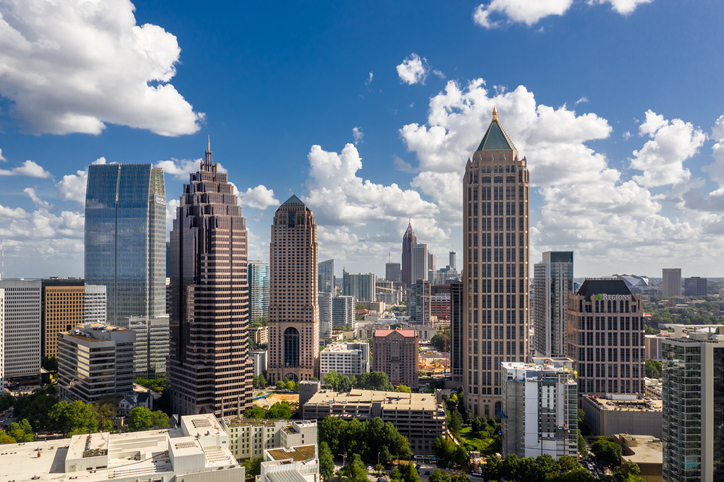 I was reminded of this journey, as I read Pew Research Center’s just-released survey of American Jews. A number of points have the potential to inform our work going forward and others affirm the direction we are taking. Our investments, for example, in engaging young families with programming that meets them in their neighborhoods, or engages people through food, film, and social justice volunteering opportunities – are paying dividends. We’re confident that even Jews who gravitate to the cultural practices of Judaism over the religious ones, will still embrace Jewish Federation of Greater Atlanta’s mission to build a stronger Jewish Atlanta.

But the point that has so far resonated and worried me the most was summarized well by The Forward: “The increasingly stark religious and political differences between the Orthodox and other Jews is likely to be one of the most studied findings…. It lends credence to a worry common among religious and secular Jewish leaders that the community is splitting into two groups increasingly focused on what separates rather than what unites them.” Rabbi Shmuly Yanklowitz, who leads an organization for progressive Orthodox clergy, told The Forward: “If we don’t create common ground spaces, we are going to lose the illusion of there being a Jewish people.”

I find that prospect chilling. But our experience in Atlanta gives me hope. And it inspires me to double down on intra-faith efforts.

On that journey to Israel in 2018, our diverse reactions to polarized politics made us uncomfortable. But being travelers together left us with no choice but to engage in dialogue, and we made time for it. We didn’t have the option to retreat to our comfortable homes and offices. We were literally on the bus together; we had to deal with one another, our views, and our feelings. As we worked through it, we didn’t come to a shared point of view, but we did share a level of understanding. We were able to have grace for one another because we listened and understood each other’s perspectives. I remember well, standing together at the Western Wall Plaza just before Shabbat prior to choosing our own worship paths – Orthodox and egalitarian, and marveling at the diversity within our own southern Jewish community.

In the years since, those relationships have made a difference in how we operate as a community. We still pick up the phone before we make assumptions or accusations. We have kept the trip’s WhatsApp group going, wishing each other Shabbat Shalom and mazal tov each week. Those simple acts have diffused situations that otherwise might not have been.

So, I propose we consider this: We are, as a people, on the bus together. We need to act accordingly – leaning toward one another, listening, engaging, struggling to understand even if we don’t agree, rather than retreating to recriminations. If we are going to continue to be a people, we need dialogue, we require grace, and we must resolve to prioritize unity.

For decades, we have collectively done important interfaith work that has yielded results. We are better for it. We will be well served to consider what we learned from those efforts and how we can apply them in our own community.