One of the underdiscussed aftershocks of the COVID-19 pandemic will be how the landscape of teen engagement has been decimated by disrupting the rhythm and safety nets of a generation of high school students. The ripple effects could be felt for decades.

“Dr. Berger: “Rules, again.  They oughta burn every rule that’s ever been written.”

Conrad: “And where would we be?” 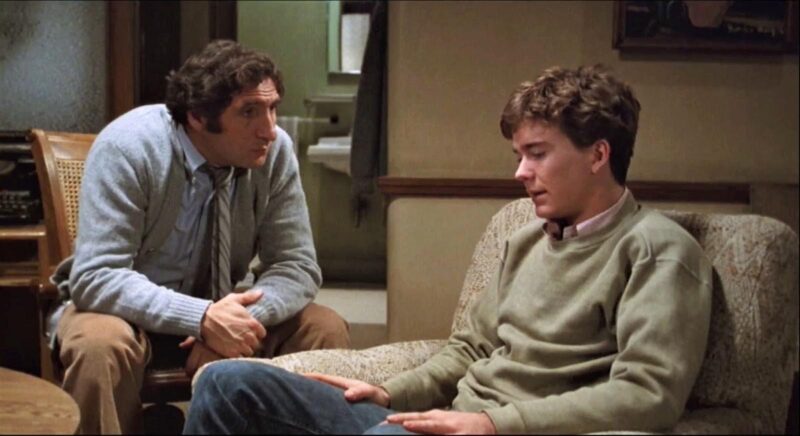 Everything I learned about working with teens I first learned from Ordinary People.

Ordinary People, first a novel by Judith Guest and later an Oscar-winning film directed by Robert Redford, tells the story of the Jarrett family, a wealthy Chicago family whose world is torn apart by the death of their elder son, Buck, and the suicide attempt of their younger son, Conrad. The novel and film focus on how these events shape the family dynamic, particularly on Conrad’s sense of self and quest for meaning as seen through the relationship with his psychiatrist, Dr. Tyrone Berger.

I’ll admit that it’s an odd choice for a favorite movie.

Other than competing on a swim team, my childhood and family-of-origin share nothing in common with the Jarrett family. And yet while I prefer to remind Jewish teens that I have a modicum of understanding of their cultural world by interspersing conversations with a lyric from Taylor Swift (#Swifties), a hot take on Harry Potter (I think Harry and Hermoine should have obviously gotten married), or basically anything from Mean Girls (a personal favorite I can quote chapter and verse), as USY completes a summer with teens traveling across North America, Europe, and Israel, I decided to rewatch Ordinary People for the hundredth time and go back into the literary and cinematic world that made me want to work with Jewish teenagers. Ordinary People forces people to think about what it means to be a family or a friend, how to confront pleasure and pain, and what it means to make meaning as one enters adulthood.

One of the underdiscussed aftershocks of the COVID-19 pandemic will be how the landscape of teen engagement has been decimated by disrupting the rhythm and safety nets of a generation of high school students. The ripple effects could be felt for decades.

Yet the stakes of teen engagement are incredibly high. And if we are to understand what has changed, what must change, and what we must return to, I would like to suggest that we need to join Conrad Jarrett’s journey and to think about what it means to truly understand the “Torah” that Ordinary People teaches us.

When I was in high school, I came up with a daily ritual where I would focus on one thing I would look forward to each day that got me excited. Typically, these moments of excitement were non-academic: roller hockey games, tennis practice, a mock trial competition, talking to a friend from Camp Airy, or planning an upcoming USY convention. For me, these were the banners that got me up in the morning with a spring in my step, but the theme all of them had in common was that they connected me to my social network.

For almost two years, teenagers, who are developmentally predisposed to seek independence and differentiation, were deprived of almost everything they looked forward to: Proms, sports, college tours, graduations, overnights with friends, a summer at camp and so on. ProPublica found in a heartbreaking article that part of the reason for the terrible rise in mental health issues and death-by-suicide among teenagers came because the pandemic restricted interpersonal “circulation.”

Notwithstanding innovations like COVID-TV, the pandemic deprived teenagers of their social networks, and in adolescence depriving someone of social freedom deprives them of a reason to get up in the morning. We need to be patient with this generation of teenagers, because they have experienced social loss of a particular kind that could reverberate for years to come.

Sometimes, I think most members of Generation Z look at the generations before them and wonder how we can be so collectively ignorant. The Pew Research Center found that, like millennials, Generation Z in the United States sees catastrophic climate change, gun violence and non-binary frameworks around gender as societal challenges and shifts in need of good, healthy solutions. As such, when politicians in the United States avoid even a modicum of action around climate change, refuse to enact meaningful gun reform, and show more interest in denying transgender students their civil rights than investing in educational equity, I can only imagine that the narrative among teenagers is something between disbelief and outright derision.

I don’t blame them; they’re right to be frustrated. Too many adults are letting them down.

When I was a teenager, I have no doubt that I dismissed the concerns of adults in my life due to ignorance and/or a misguided sense of invincibility. But being a teen also means you can see the world with fresh eyes, not accepting that something must remain the way it is.

Teens need each other because adults continue to let them down.

In full disclosure, this is my favorite line in the entire novel. I love it because the ability to understand and embrace feelings of all kinds is one of the key developmental tasks of adolescence. If our teens are forced to run away from disappointment, shame, pain etc., then they will never be able to become healthy adults.

Yet the pandemic forced even more teens to go from experimenting with feelings through in-person, face-to-face connections to experimenting with those same feelings through social media and the meta-verse. In limited cases, we should be thankful these communities exist, because, for a teen struggling at home and under quarantine, some kind of interaction with a supportive community is better than nothing at all. But it’s only slightly better than nothing at all.

And while I’m proud of how USY quickly pivoted when we shut down in-person programs to create meaningful online communities, I am even more proud of how we eventually figured out a safe way guided by accurate medical science to bring teens back together so that they could connect in-person.  The teen engagement landscape is going to need to teach a new generation of teens how to fully interact with one another and their feelings in-person after years of lost practice.

At a critical stage of development, our teens were forced to confront a harsh, cruel, reality that sometimes shows signs of abating, and other times feels like a permanent malaise. Yet just because our teens must confront a challenging world does not mean we cannot help them navigate it. Indeed, we can, and we must.

If we have a clear understanding of what teens lost during the pandemic, we can start planning for what teens require of the Jewish community going forward, an eco-system of many well-funded organizations, communities, trips and experiences that benefit the whole, and, by extension, more teengers than ever before.

I work every day to ensure this possibility, and I know that I am not the only one.

Rabbi Joshua Rabin is the senior director of USY.