The Refugee Child, a new optional reading about the Fifth Child for the Passover Seder

The Refugee Child asks, “Who will keep me safe and when can I go home?”

Each year at Seder, we remember the four children; the Wise Child, the Rebellious Child, the Simple Child, and the child who does not know how to ask. This year, we also invite into our Seder the voice of the Refugee Child.

The Refugee Child asks, “Who will keep me safe and when can I go home?” 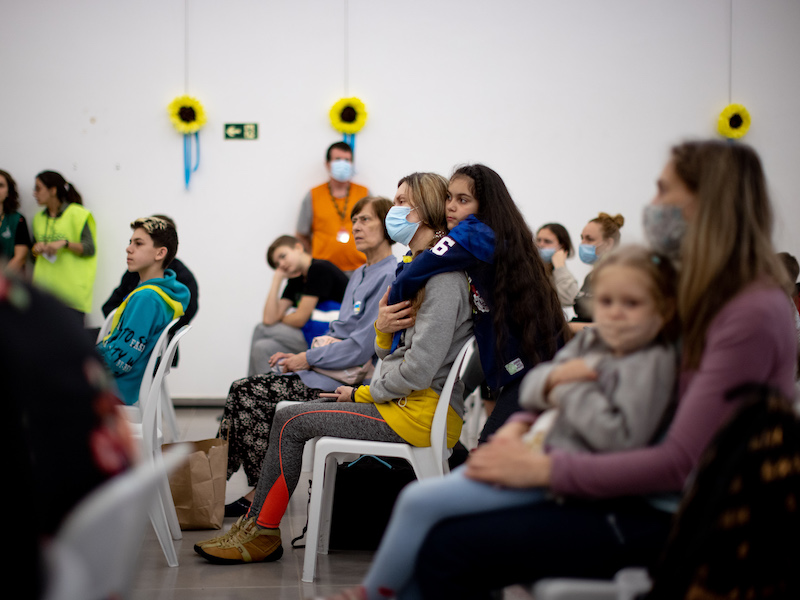 Our remembrance of the Exodus at Passover obligates us to hear the Refugee Child’s cries and ensure that they do not go unanswered. Though these cries break our hearts, we commit that we will not turn away. In the words of Pirkei Avot (Ethics of the Fathers): Though we are not required to finish the work, we are not free to desist from it.

The following can be read at the end of the “Four Children” section of the Seder.

The Fifth Child: The Refugee Child

The Refugee Child, one of the world’s most vulnerable people, has no home to shelter them, no society to protect them, and in some cases, no family to love them. In 2020, over 33 million children around the world (in addition to others including up to 4.5 million Ukrainian children in just the past several weeks) were forcibly displaced by conflict, famine, and disaster.

The Passover Haggadah traces the Israelites’ enslavement in Egypt back to Joseph and his brothers, whose desperation caused them to journey there because “the famine was severe in the land of Canaan.” This eternal story describes the risks faced by displaced people, especially children, who are vulnerable to human trafficking, a modern word for enslavement.

While the Haggadah attributes the triumphant outcome of the Exodus story to miracles, the Torah clearly demonstrates that it was only through human beings acting on behalf of an unaccompanied child–the remarkable courage of Moses’s mother, Yocheved, and sister, Miriam, and the empathy of Pharaoh’s daughter — that the journey from slavery to freedom could be set in motion.

Not merely in every generation, but every year, new tyrants arise against people around the world, and more innocent children become refugees. This Passover, we must not stop at seeing ourselves as the children of Israel who were slaves in Egypt. This year, we must act with the courage of Yocheved and Miriam and the caring of Pharaoh’s daughter to raise our voices, devote our resources, and advocate passionately for concrete steps to bring the world’s refugee children to safety.

Rabbi Julie Schonfeld is CEO emerita of the Rabbinical Assembly.