The rabbi behind a unique spiritual space for millennials 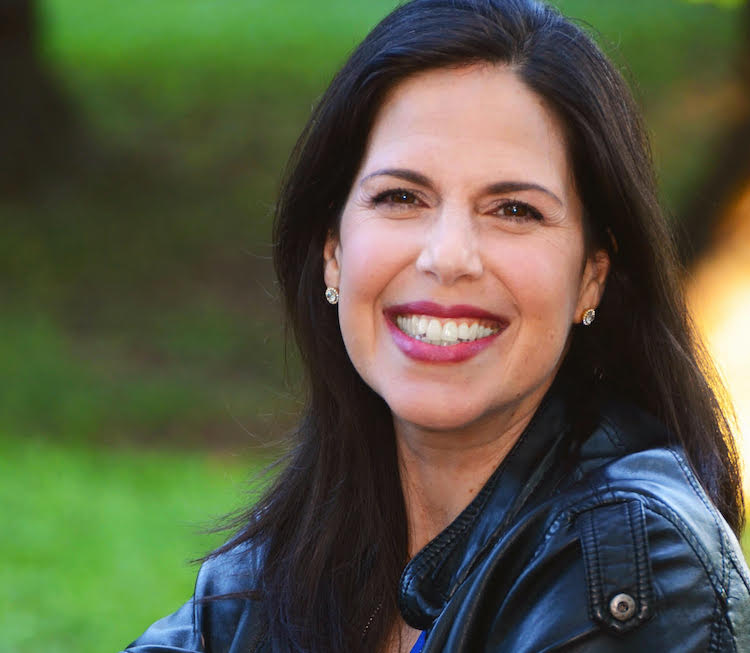 Katie Berland describes her childhood self as “the prodigal Catholic daughter.” Today, she’s an active participant in a Jewish learning circle that pores over the ethical tradition of Musar.

Berland’s spiritual quest began when she was 13, with the loss of her father and godfather, but it was supercharged by an encounter with Rabbi Aderet Drucker and the Den Collective, an organization in the Washington, D.C., area whose mission is to foster the community of people in their 20s and 30s of which Berland is a part.

Founded in 2016, the Den aims to help millennials who haven’t yet found their spiritual home, in synagogue or another setting, create their own spiritual community, complete with Torah learning, a rabbi, holiday celebrations and support at important life-cycle moments.

Most of the Den’s members live and work in Northern Virginia, D.C. and Montgomery County, Md. During the pandemic, they gathered online, and prior to its onset, they met across the area, often in each other’s homes or in cafes, restaurants and public spaces. Drucker has held classes in the atrium of the National Portrait Gallery. There have been many hikes in Rock Creek Park.

Pre-pandemic, the Den’s programming was designed to be intimate — “cozy” is the word  the website uses.

“These are rich spiritual communities where people are known to each other, and show up for each other,” Drucker said, noting that she had just officiated at a circumcision. The boy’s mother had taken a theology class; his father a Torah study class. About 200 people are on a list to send them meals as they adjust to life with their newborn.

These features give the Den some of the feel of a chavurah, or prayer circle — but those don’t usually come with someone who can officiate at a circumcision or offer pastoral counseling, as Drucker does.

“The people in the collective come to understand that they can go to the rabbi for stuff other than — God forbid — their grandmother has died,” Drucker said. “There’s more to their spiritual needs than just those big moments.”

Rabbi Rami Schwartzer, a Conservative rabbi who worked in camp, pulpit and hospital settings, founded what would become the collective in Bethesda, Md.

Schwartzer and Drucker had been students together at the Jewish Theological Seminary. She was working as a rabbi at the University of Maryland, and he brought her on to help grow the project. They worked as co-directors; he has since immigrated to Israel. The collective now has about 600 members, and the committee Berland served on just hired a new rabbi, Jenna Stein Turow.

Den members are diverse in ethnicity, gender identification and Jewish background, Berland said. They include families with children, couples and singles.

The collective uses SalesForce software to track people’s involvement with the community, Drucker said. It helps the staff encourage the Den’s members to become “co-creators,” as Drucker calls them.

“I see who’s done two years of Torah study and can now host their own class, or do an advanced class,” she said.

Most of the ideas for Den programming come from its members, not her, Drucker said. Berland agreed, citing her Musar group as an example.

“Rabbi Aderet was not involved in creating it,” she said. “We found rabbis in the community, and then she taught a class as well.”

Mark Levitt, a local supporter of the collective and the immediate past president of the Jewish Federation of Greater Washington, said he admires the way the Den makes deep Jewish content accessible and “non-threatening.”

“This is not pediatric Judaism,” he said. “It’s very adult. They do an incredibly good job of connecting Judaism to what’s happening in people’s everyday lives.”

Drucker is a big part of the community’s appeal, said both Berland and Levitt.

“She has this presence about her,” Berland said. “It’s a warmth. She has cultivated this safe space, and she also has a powerful presence, unlike anyone else I have ever met.”

Drucker’s parents are Israeli, and she grew up in Los Angeles speaking Hebrew as her first language. She attended public schools, and her family belonged to two Conservative synagogues: first Adat Shalom in the city, where she had her bat mitzvah, and then Valley Beth Shalom in Encino.

“I loved being Jewish growing up,” she said. “On Fridays, when I’d come home from school, I’d have a visceral excitement when I put the key in the door. I knew I would feel Shabbat. That infuses how I try to build this sacred community.”

Drucker had dreamed of being a doctor, but after she took the MCAT exam she realized she had a different calling. She had been working as a youth director at Sinai Temple, the synagogue led by Rabbi David Wolpe, to generate some income while she studied for the exam. When she decided not to pursue medicine, she remembered that as a freshman at the University of California – Los Angeles, she’d once thought that being a rabbi would be a “cool job.” She found role models in Rabbi Sherre Hirsch at Sinai Temple and Rabbi Sharon Brous, who was just starting IKAR, a non-denominational congregation, and enrolled in JTS.

“IKAR became my spiritual home, and I was working at Sinai Temple, so I saw both sides — innovation at IKAR and the beauty of a legacy, multi-generational community, as well,” she said.

Now the collective is preparing to hold in-person events outside. Six members have formed a band, and they will provide music at a Havdalah service, which marks the end of the Sabbath, at the end fo the month, Drucker said.

Drucker has a plan to replicate the Den model in other cities, but first, she wants to make sure the D.C.-based collective is on firm ground. Supporters include the local federation, the Morningstar Foundation, the collective’s members and individuals like Levitt.