The Museum of Jewish Heritage made an overt political decision — one against its own mission, Jewish values and America’s sacred tradition of free speech. The museum must now remain completely apolitical.

The Museum of Jewish Heritage in Lower Manhattan overlooks the harbor of New York with Ellis Island and the Statue of Liberty in the distance. From the grounds, visitors are reminded of potent American symbols and values that drew so many to this nation’s shore before and after the Shoah. And one of the most sacred American values for those “yearning to breathe free” is that of open and unrestricted expression — the ability to question, debate and disagree without state threat.

As such, the collective Jewish community should be appalled over reports that the museum was said to have banned Florida Gov. Ron DeSantis from speaking at the Tikvah Fund’s upcoming Jewish Leadership Conference, which was intended to host a variety of writers, politicians and thought leaders to talk about conservative ideas that “can help strengthen the Jewish people, the Jewish nation, and the American civic future.” This move is a direct contradiction of the museum’s stated vision and Jewish tradition. 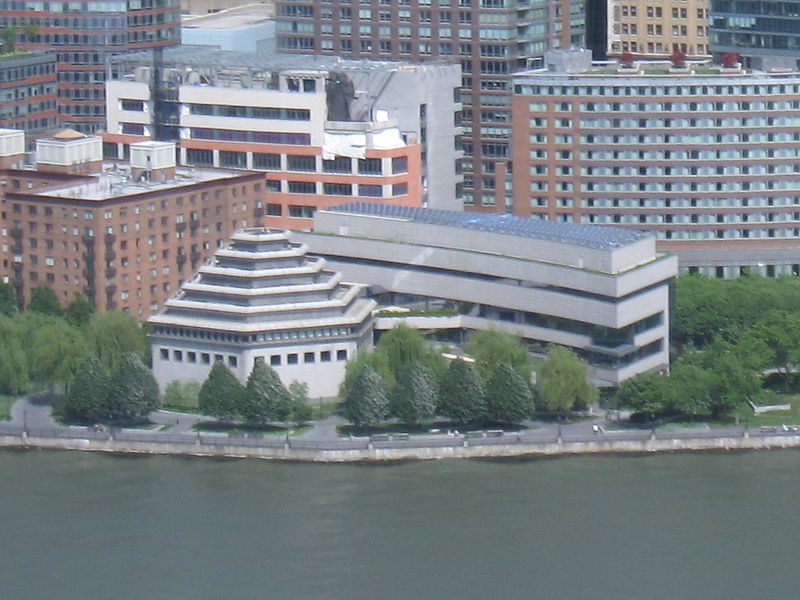 The Tikvah Fund is a philanthropic organization established to support the “intellectual, religious, and political leaders of the Jewish people and the Jewish State,” and it invests in a wide range of educational initiatives around the world with a particular focus on teaching young Jews about Jewish history and civilization. The organization has hosted a conference at the museum in the past and was set to host another meeting on June 12, with DeSantis set to speak about the thriving Jewish community in the Sunshine State. According to Tikvah Fund organizers writing in the Wall Street Journal, Governor DeSantis did not “align with the [m]useum’s values and its message of inclusivity,” and organizers were told that either the governor could be disinvited, or the event would not be welcome at the museum. This position is simply unacceptable, and the Museum of Jewish Heritage’s board and staff need a lesson in history and speech.

The very mission of the museum, which the institution describes as “crucial,” is to educate “diverse visitors about Jewish life before, during, and after the Holocaust.” One of the most horrifying facets of life in Germany during Hitler’s power grab and eventual turn to genocide was the fact that books were burned, dissent was silenced and people who disagreed with those in power lived in fear. Free expression was stamped out, with Hitler explicitly and repeatedly purging communities that could challenge his worldview.

The historical period the museum showcases is the prime example of how silencing divergent views and limiting dialogue can lead to dangerous political times. Thus, it should be an institution that embraces differences and promotes viewpoint diversity so all can criticize, question, and understand the views and ideas of others.

The museum should be a forum for debate and host progressive, polarizing politicians such as Rep. Alexandria Ocasio-Cortez (D-NY) along with the Tikvah conference and conservatives like DeSantis. While certain speakers and organizers of the Tikvah conference may be upsetting to some within the Jewish community, Ocasio-Cortez and her values and actions can easily be understood as threatening and deeply troubling to many as well. The woke, progressive politics of Ocasio-Cortez and her so-called “squad” represent existential threats to the Jewish community at home and for the very existence of Israel and she is no more of a neutral public official than Governor DeSantis – but she has been welcomed and offered a platform in the past.

That being said, the Jewish Museum is certainly a private institution with a public focus and can do what it likes, but a museum with a core focus of Jewish heritage should serve as a model for bringing people of different minds together; Jews historically celebrate difference and disagreement. However, the museum now appears to be taking another, more challenging and disappointing approach toward speech and must uphold this view going forward to avoid engaging in real hypocrisy: the Jewish Telegraph Agency reported that after officials learned about Tikvah’s speaker list that the museum’s CEO, Jack Kliger, informed Tikvah that “the Museum does not welcome political speakers of any ideology” and this is part of the rationale for withdrawing the museum’s space for the conference.

If this is the new position of the museum toward speech and programming, so be it – but the museum must be critically careful to maintain such a neutral, apolitical stance going forward and recognize that almost all speakers are political in nature. This position essentially represents a retreat from the museum’s mission of outward engagement and public programming.

In my view, Kliger’s position on speech is a huge mistake and leads to more public misinformation and misunderstanding at a moment when there is real danger to the Jewish community akin to what was happening in Europe a century ago. In a world with so much censorship and fear about speech and disagreement, greater numbers of fora and views are needed in the public sphere and the museum teaches this very point with the rise of Nazism.

In fact, debate is such a hallmark of Jewish tradition that some have argued that the Talmud is essentially an “anthology of arguments,” and historical discourse is so prized in Jewish thought that Judaism has sometimes been called a “culture of argument.” The Passover holiday that just ended explicitly celebrates asking tough questions, and it should be no wonder that Jewish leaders regularly invoke the words of Justice Brandeis in his Whitney v. California (1927) concurring opinion: “If there be time to expose through discussion the falsehood and fallacies, to avert the evil by the processes of education, the remedy to be applied is more speech, not enforced silence.” So if some at the Museum of Jewish Heritage dislike the ideas and arguments presented by the conference, they should have responded substantively rather than joining the cancel-culture wave that has infected so many facets of society today and now take the almost impossible to execute position that they will be completely neutral.

Asking the Tikvah Foundation to leave was neither a small decision nor something that would have stayed private and behind closed doors. The Museum of Jewish Heritage made an overt political decision — one against its own mission, Jewish values and America’s sacred tradition of free speech. The museum must now remain completely apolitical or it can and should issue a strong apology and use this as a teachable moment to reinforce the value of speech to the Jewish community and the nation at large and not retreat from public facing programming which its CEO appears to want to now do.

Samuel J. Abrams is a professor of politics at Sarah Lawrence College and a nonresident senior fellow at the American Enterprise Institute.