The long road of memory

It is a burden to remember our suffering. But let us not forget that it is also a privilege. Together we must remember.

In the thick of the Three Weeks, approaching the saddest day of the Jewish calendar, Tisha B’Av, I understand those who cannot mourn the First and Second Temple. It feels like a historic loss that is too remote and a religious ideal that is mentally and emotionally inaccessible. Through prayer, fasting and the rites of mourning, Jews across the global use three weeks of the calendar year to try and access these feelings and grieve over something they personally have not lost. Some in the Jewish community do not even bother to try.

Today, however, we know more about generational trauma in psychology and the way that a major historic episode can leave a deep imprint for those not yet born who have never personally experienced the pain but still carry the suffering. This year, having just left Israel with a remarkable encounter, I approach Tisha B’Av differently, with an imprint of generational trauma as an individual and as an inheritor of collective memory, cognizant of the way that pain and redemption are always intertwined in Jewish tradition. 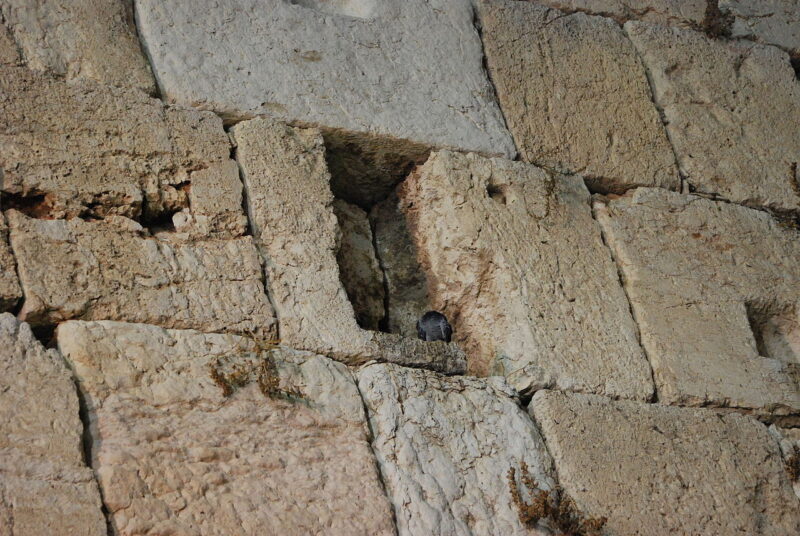 Last week, I was invited for a personal tour to see the latest excavations at the City of David. When there, you pass through the palace of King David from 3,000 years ago and the city that he built at the foot of the Temple Mount. Archeologists recently discovered the actual road that the pilgrims walked on in the Second Temple to ascend to Jerusalem on the three major pilgrimage festivals. They have unearthed the road that extends from the pool of Shiloah to the area near Robinson’s Arch, and I walked on it. It was discovered when a plumbing crew went to fix a leak in the city of Silwan. In Jerusalem, every modern layer overturned reveals something magical beneath that releases a new picture of ancient Jewish life.

With each step, I was transported back in time. Around me was the footprint of the stores on the side of the road that no longer exist. The pilgrims used to bring the money that they tithed to purchase sacrifices in those very stores that they would bring with them up to the Temple. The road I walked on was the same road that the Mishna in Sanhedrin (1:1) records was repaired by the 15th of Adar in preparation for the tens of thousands that came to Jerusalem for Passover. I walked that road.

It is the same road that featured in an argument between the first century sages Hillel and Shammai who argue about what age a child has to be to make the pilgrimage. According to Shammai, the child’s father is obliged to bring him on his shoulders. According to Hillel, he must go up to the Temple only when he can walk up the entire last part of the road himself (Hagiga 5b-6a). I walked that road.

It is the same road where the craftsmen of Jerusalem would greet the pilgrims who held ornate baskets of fruit to offer on the Temples’ altar as described in the Mishna in Bikkurim (3:3):

Those who lived near [Jerusalem] would bring fresh figs and grapes, while those who lived far away would bring dried figs and raisins. An ox would go in front of them, his horns bedecked with gold and with an olive-crown on its head. The flute would play before them until they would draw close to Jerusalem. When they drew close to Jerusalem they would send messengers in advance, and they would adorn their bikkurim. The governors and chiefs and treasurers [of the Temple] would go out to greet them, and according to the rank of the entrants they would go forth. All the skilled artisans of Jerusalem would stand up before them and greet them saying, “Our brothers, men of such and such a place, we welcome you in peace.”

I walked that road.

At one point, our guide walked up to the excavators and combed through the dirt. He pulled out something black and flakey and put it in my hand. It was ancient ash from the time of the destruction of the Second Temple, our Beit Ha-Mikdash. It was the very same ash that was produced when the Romans toppled the stores whose remnants I passed. They lit everything on fire so that Jerusalem would be destroyed and never rebuilt. With the ash, they hoped to destroy the memory of our holy city. They thought that Zion would not be remembered.  It would remain a ruin forever.

Suddenly I felt dizzy with the recognition of Jewish history collapsing on itself. The Romans thought they would remove our holy city by burying it in ash, but the greatest proof of their failure was that I was now holding that very ash. I was walking on the road they sought to destroy. Jerusalem is not dead. It is alive in my memory and even more thrilling is that it is now rebuilt.

It is a burden to remember our suffering. But let us not forget that it is also a privilege. Together we must remember. There is a custom at weddings to put ashes on the forehead of the bride and groom to remember the destruction of the Temple so that the couple will build a home based on memory because memory is the beginning of redemption. We remember because we can, because we are still here. We are still thriving, therefore, we must still weep for what we lost. They wanted us not to remember but that is impossible. We are a memory people. We have taught ourselves to rebuild from ash. I walked that road. I touched that ash.

On Tisha B’Av we touch the ashes of the smoldering Temple in our prayers that we may continue to rebuild Zion and honor the endurance of our people. Every Tisha B’Av reminds us to look back and see just how far we have traveled that ancient road.

Rabbi Dr. Ari Berman is the president of Yeshiva University.