The Jews in the Pew: What the 2021 Pew report tells us about modern identity

Will we learn more if we actually observe how Jews live their lives instead of asking them about it?

The first time I went to Canada I was amused to see on the front page of The Globe and Mail an eight-column-wide article about the malfunction of the Big Ben Clock in Ottawa. What a dull country this is if something like that can make the front page, I thought. And I meant it as a compliment. Later that day, I joked about that with my host, who laughed heartily and proclaimed “Dull is good!” It was, indeed, a time of political and economical turmoil in the rest of the world and Canada was enjoying the dullness of a relatively uneventful year.

I was reminded of that while reading the Pew Research Center’s recently released “Jewish Americans in 2020” report. No bombshells, no surprises, no Jewish leaders pulling their hair and crying “gevalt.” The Jewish population is growing at the same pace as the general population, and levels of affiliation are fairly stable. Dull. But dull is good! 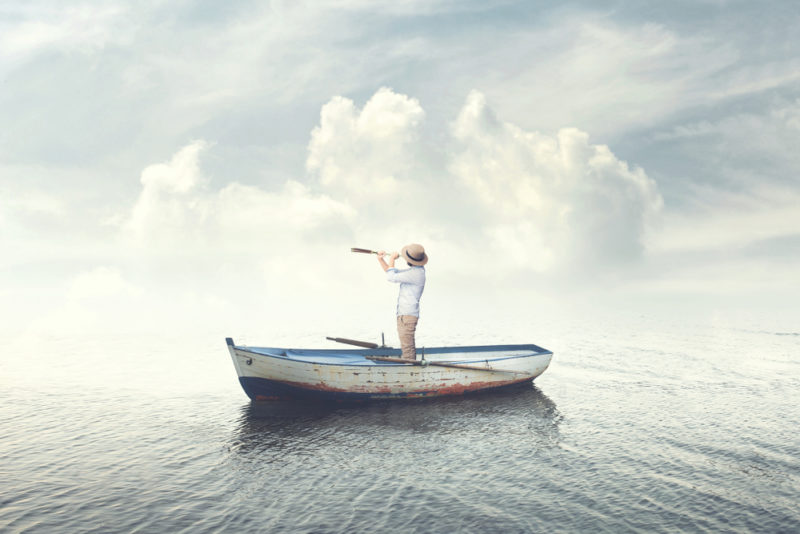 Indeed, the Pew report seems to show that the trends observed in its previous report of 2013 have stabilized and now seem to be “the new normal.” That is good, because it allows for a much calmer analysis of the findings and the underlying trends that produced them.

Good demographers, and especially the world-class professionals of Pew show data; they don’t offer prescriptions or judgment. Data, like a Jewish text, can be interpreted in many ways, and all sorts of hidden messages can be extracted from it through the hermeneutics of experience and comparison with the reality that communal professionals observe in our daily life.

In that vein, I wanted to offer a few “under-the-hood” reflections on this “duller” Pew report, that nevertheless offers enormously valuable insights.

1 – Individualism and radical free choice are central to identity.

The changes in Jewish life and patterns of affiliation observed by Pew all stem from one basic reality: We live in a time of radical free choice and individual hyper-empowerment. Today, individuals don’t receive their identity from their family, but they build it through their individual choices. The individual, and not the collective, is at the center of society, and that individual has more power than ever to carve her own path. Embracing the basic fact that people today have more freedom and power as individuals than ever before in human history is key to understanding much of Pew. What it observes is not a series of Jewish communal failures – although there certainly are some – but a context of radical free choice that affects the way in which Jews and non-Jews alike build their identities.

Around a third of Jews in America claim to be “Jews of no religion.” This is one of the more anxiety-generating findings among community leaders. Yet I don’t get excited about it. First, what does religious even mean in a Jewish context? A century ago, atheist kibbutzniks were draining the swamps in the Galilee and having Shabbat meals, Kiddush and all, at the end of their week. Were they “religious”? The problem is one of categories. Somewhere in the 19th century, Judaism was forced to choose labels that never fitted it properly, like “religion, nation, ethnicity, race or people.” Those categories were created for Christian Europe (and later America) and were never adequate to describe the Jewish experience. Jews are all these categories and none. American Jews embraced a narrow definition of Judaism as “religion” because it made their integration into the “melting pot” easier. Jews would be just another denomination in a kaleidoscope of American religious groups; there’s Episcopalians, Baptists, Catholics, and Jews. Paradoxically, religion was an equalizer rather than a divider. The fact that roughly a third of Jews claim to have no religion can be seen as both a welcomed realignment of definitions and an invitation (and a challenge to Jewish organizations) to explore other avenues to Jewish identity, like culture, history, Zionism, and social action. The word “religion” has no translation into traditional Hebrew (the word “dat” is a modern adaptation of a biblical word that means “precept”) but in Latin it comes from the word “religare,” to bind together. Ultimately, anything that builds the fabric of Jewish community; anything that binds together, is a vector of identity.

At first glance upon reviewing the Pew data, the Orthodox, particularly Haredi, population appears to grow slightly. The Orthodox may look at that with some glee and even schadenfreude, and the secular feel a bizarre relief that “at least they’ll keep the flame.” Yet, that datum can be deceiving. The growth of the Orthodox community is due to demography only. In fact, the Orthodox, like all other denominations, appear to struggle to retain their own and are “saved” by robust birth rates. A small, yet significant proportion of Orthodox Jews leave the fold, and the number of people becoming Orthodox is minute. Orthodoxy, while robust and vibrant, does not appear to provide an answer for the those who were not Orthodox to begin with.

A generation ago, intermarriage was a factor of demographic decline. Indeed, Jews who “married out” before 1990 were highly unlikely to raise their children as Jews. Among intermarried Jews between the ages of 25-49 who have children, 70 percent raise them Jewish. In fact, intermarriage has become a factor of demographic growth. What changed? Undoubtedly, the community’s attitude. In the past, intermarried Jews were shunned by the community. Now, a plethora of programs exists to engage interfaith families and most communal organizations have a deliberate strategy of being welcoming and/or proactively reaching out to mixed families. This offers an important learning: Sometimes adapting to a trend that we can’t fully control – like intermarriage – works better than fighting it.

5 – The death of our relationship with Israel has been greatly exaggerated.

Eighty-two percent of American Jews say that Israel is very important to their identity, Pew reports. True, many Jews are critical of Israel policies, but the average American Jew is more sophisticated than we give them credit for: Their dislike for a specific government doesn’t affect their overall attachment to Israel. For years, we feared that allowing criticism of Israeli policies was like “opening the dam” and we thought we needed to be always apologetic to preserve our connection with the Jewish state. We can relax and embrace more frameworks in which there’s a loving critique of Israel without fearing that the relationship will fray; maybe rather the opposite. Israel remains a powerful driver of Jewish identity, and programs based on Israel tend to strengthen Jewish identity. Those claims from the extreme left and right that pump up the notion of a breakdown of ties are not backed up by data. The Twitter microclimate offers a distorted view of reality, and we’d be ill advised to use them to diagnose our community!

6 – But other links are fraying.

If people feel closer to Israel and Israelis than we thought, they feel farther from other Jews in their communities than we feared. Bridge building between, say, Haredi and secular Jews in America should receive as much attention as efforts to strengthen ties between Israel and the Diaspora. The community also is becoming “sorted,” divided not only by religious observance but by political affiliation. The creation of a communal “public square” is critical in a context in which Jewish sub-communities are becoming siloed. Welcoming diversity is not only important when it comes to intermarried families or Jews of Color, but for other groups, like Russian-speaking, Haredi, Sephardic and Latino Jews.

7 – The problem of meaning.

For me, the most worrisome finding of Pew is this: Less than 40 percent of Jews say they find “comfort in Judaism.” This is way lower than, say, the number of Christians that find solace in Christianity. This points to two problems: the inadequacy of Jewish spiritual leaders to provide meaning in a perplexing world and the general ignorance among American Jews of what Judaism (however they define it) can offer to their lives. The Jewish ideologies that organized Jewish life (from Reform to Orthodoxy) were created in the 19th century to respond to the specific realities of that time. The Pew report seems to confirm what we feared: These ideologies are not equally relevant to the realities of the 21st century. We urgently need to invest in spiritual and ideological renewal, a development of new scaffoldings of meaning that respond to the transcendental questions of the human being of our time. We also desperately need a “content revolution” instilling high-level Jewish content in all our activities. The post-pandemic time (like the period following every pandemic in the past) will be a time of spiritual quests and transcendental anguish. Judaism needs to be prepared to confront the spiritual and religious renewal that will come, and we won’t be able to do that with ideologies developed for another time and place.

Finally, a word of caution and a suggestion for demographers and sociologists: All the tools we use to study Jews — surveys and questionnaires — rely on reported reality, not reality itself. They ask but don’t observe. Many Americans define themselves as “evangelicals” but their actual behaviors have little to do with the teaching of Evangelical Christianity. I grew up in a community that defined itself as Orthodox even though it behaved in staunchly secular ways. Will we learn more if we actually observe how Jews live their lives instead of asking them about it? Our community produces – thankfully – great amounts of data. It’s a welcome phenomenon that helps funders and leaders make informed decisions. The next step in data generation is, in my view, twofold: We need ethnographic data based on observation, not on self-reporting, and we need the different studies we produce to “talk to each other.” Many programs, like Birthright, Honeymoon Israel, Hillel, and PJ Library, produce excellent reports, but their impact is not as wide as it could be because the reporting is not standardized and therefore not comparable. In some cases, those studies are proprietary and not shared with the outside world. Wouldn’t it be great to have a “data commons” for the Jewish community with standardized information that every decision maker can use?

Despite its lack of bombshells, Pew offers a lot of insights and can contribute to an ambitious and relevant agenda for the community in the post-pandemic future. Our community will emerge from COVID-19 with a need for renewal, even a reset, and Pew offers some hints as to how to do that.