The Ethiopian aliyah is not over

Israel allocates new funding for those still in Addis and Gondar 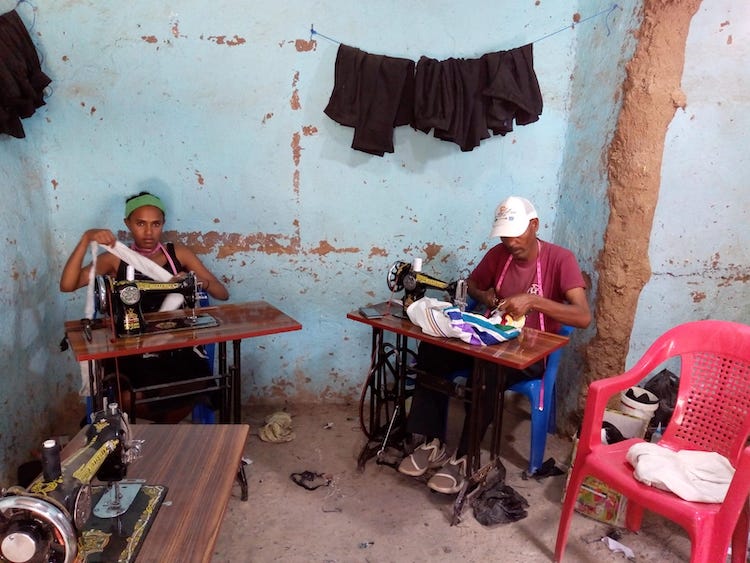 In its first state budget in three years, the government of Israel has approved NIS 150 million ($46 million) for immigration and settlement, some of which is earmarked to bring 3,000 Ethiopians to Israel, The Jerusalem Post reports — yet in 2013, the government declared that the Ethiopian immigration, or aliyah, was complete. Nonprofit leaders spoke with eJewishPhilanthropy about why the Ethiopian aliyah is ongoing almost a decade later, the challenges involved in bringing it to a successful conclusion and why Ethiopians still need the help of world Jewry.

Didn’t the Ethiopian aliyah happen in the 1990s — and wasn’t it a great, dramatic success?

In 1991, the Israeli government and the Jewish Agency, with the help of the American Jewish Joint Distribution Committee (JDC) and financial support from American federations, conducted Operation Solomon, which brought about 14,000 Ethiopians to Israel within 34 hours on military and civilian airplanes. That operation was the culmination of many years’ worth of work by the Jewish Agency, the Mossad and the Israel Defense Forces (IDF) to rescue Ethiopian Jews from an authoritarian regime. One historian claims to have documented an effort by Ethiopian Jews to reach Israel in 1869.

Did Operation Solomon leave anybody behind?

The government decided not to bring a group of people, many of whom were Falash Mura, Christians of Jewish descent who had been converted under duress, said Joe Feit, chairman of the nonprofit Struggle to Save Ethiopian Jewry. This population numbered about 2,000 at the time, and was settled in two Israeli government compounds, one in Addis Ababa and one in Gondar. The new immigrants and their allies in Israel advocated to bring those people, as well, due to family ties between those who had left for Israel and those who remained. The group that stayed became the nucleus of an internal Ethiopian migration as word spread that immigration to Israel was possible. That migration continues to this day, Feit said, and when some leave for Israel, the rest hope more fervently that they will be next.

How can people who converted to Christianity make aliyah?

The earlier waves of Ethiopian immigration took place under the Law of Return, which stipulates that Jews, the children of Jews and the grandchildren of Jews enjoy the right to Israeli citizenship. Since 2008, the Jewish Agency has been administering immigration from Ethiopia under a different legal framework that grants citizenship to people of Jewish descent, Feit said. Most Ethiopians who want to go to Israel are ardently Jewish, he added, whether or not their ancestors had become Christian. The compounds where they live while waiting to leave are home to traditional religious communities, where people keep kosher, observe Shabbat and observe the laws of the mikvah (ritual bath), he said. “They converted on paper, but in their hearts and practices they are Jewish,” said Jeff Curtis, a British Jew who is creating an American branch of Meketa, a charity located near London whose mission is to alleviate Jewish poverty in Ethiopia. “They’re very religious. Every day is like Simchat Torah.” This population is happy to undergo a formal conversion upon immigration, Feit said.

Which organizations are still helping these communities, and how do they support themselves?

The JDC provided medical care for aspiring immigrants in Ethiopia until around 2013, when the government declared a natural end to the aliyah, when the Joint closed its clinics, said a JDC spokesman. The Jewish Agency maintained a skeleton staff, and when the government decided to again approve immigration from Ethiopia, they facilitated it, which is their role today. Meketa and SSEJ provide humanitarian assistance. That aid is needed, Curtis said, because the community has lost the agricultural skills that sustained previous generations during the two decades it has been waiting to leave.  Meketa tries to help by providing skills training, such as tailoring, microloans and education. The American chapter of Meketa should be cleared by the Internal Revenue Service to begin fundraising by October, and the group has a goal of $50,000. “That goes a long way in Ethiopia,” Curtis said. SSEJ provides food assistance, medical care, childcare and education for both children and adults, by permission of the local and regional government, on an annual budget of $1.5 million, Feit said. The Jewish Agency helps raise funding for some of SSEJ’s activities.

How many people in Ethiopia still want to immigrate to Israel?

According to Feit, it’s about 14,000 people. He bases this estimate on a recent distribution of grain he authorized that served that number. The new government’s minister of absorption, Pnina Tamano-Shatto, is herself an Ethiopian immigrant. As a Knesset member, she helped initiate an operation by the Jewish Agency to bring 2,000 members of the community to Israel during 2020 and 2021 despite the pandemic, according to The Post, and she threatened to scuttle the budget if her demands for enough funds for 3,000 additional immigrants were not met.