The Azrieli Foundation’s ethos is abundance

One of Canada’s largest public foundation is inspired, but not constrained by, its founder’s big personality 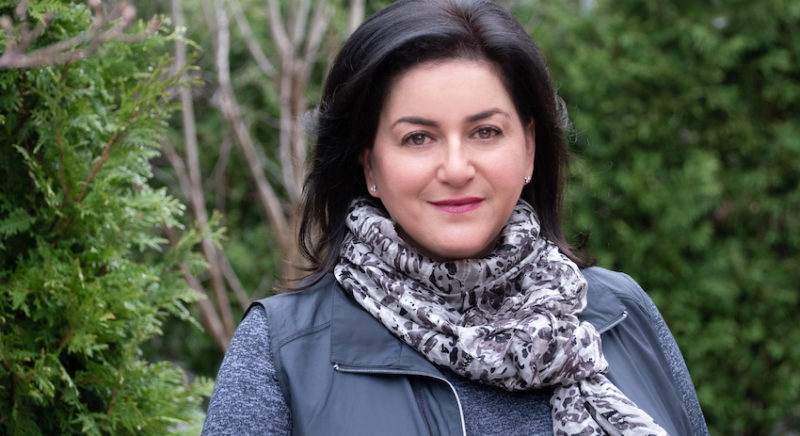 The latest news from the Azrieli Foundation is a magazine — Aperio, whose inaugural issue, out now, showcases scientific researchers supported by the foundation.

The word is Latin for uncover, reveal or clarify, and the magazine itself — sharply designed, with high-quality photographs — is an apt symbol for the foundation more broadly in its synthesis of intellect and aesthetics.

The foundation, in turn, is a reflection of its founder, David J. Azrieli, an architect and real estate developer who died in 2014 at age 92. He had said his last 10 years, when he took his company, the Azrieli Group, public on the Tel Aviv stock exchange, were his best, said his daughter, Naomi Azrieli, chair of the foundation’s board.

“He was really extraordinary,” she said. “He was a big personality. It wasn’t always easy as a kid to work with him, but those last 10 years of his life were such a blessing.”

The foundation, with more than $2 billion in assets, is Canada’s largest public foundation.

Born in Poland, Azrieli escaped Nazi Europe by fleeing to the Soviet Union. He made his way to Mandatory Palestine, where he became an architecture student and fought in Israel’s 1948 War of Independence. In 1954, he moved to Montreal for further study, and launched his real estate career.

Azrieli had two homelands, and many intellectual interests, his daughter said. Since its founding in 1989, the foundation has expanded to encompass more of his interests, and also those of its current leadership. It both makes grants and operates its own programs.

“We’re a second-generation foundation that operates like a third-generation foundation,” Naomi Azrieli added, referring to the scholarly literature on foundation evolution that describes a first stage that is focused on the founder’s interests; a second that involves close family; and a third in which the entity professionalizes by bringing on non-family members, as well.

When her father started the foundation, he was focused on funding education in order to give people the life-changing opportunities he’d had, Azrieli said: “It was about how to empower one person to make a difference, and if you empower enough people to improve their quality of life, that improves the quality of life in whole communities.”

Education, however, wasn’t his only passion. He was also interested in design, as well as in popular science and innovation of all kinds, a love he shared with his wife Stephanie, mother of Naomi and her three siblings.

“He was a Renaissance man, as they say,” Azrieli said. “A lifelong learner. He had his favorite things but then he would want to learn something new. That’s in the family culture.”

He recruited his daughter, who has a doctorate in history from the University of Oxford, to work on the foundation in 2003. Her initial projects included publishing Holocaust memoirs and establishing fellowships at Israeli universities. By 2005, she was working at the Azrieli Foundation full-time.

The foundation supports architecture and music prizes, including one for Jewish music; a slew of general and Jewish education programs and organizations and those that help vulnerable populations in Canada, such as the United Way.

It’s also known for its interest in furthering the understanding of the human brain. It funds both research and organizations that support adults with mental disabilities who due to their age are no longer eligible for government services.

“This is not a sexy area. It’s very stigmatized. With a kid, you give a little more margin, but when it’s an adult, you’re talking about the scary guy on the bus,” Azrieli said.

The family’s decision to fund brain research was in part a personal one: One of Naomi’s siblings has Fragile X syndrome, a genetic disorder that impairs brain development. Two cousins also have Fragile X syndrome.

“We thought we should do something about this, and then we realized that in order to understand one disorder of the brain, you need to understand the brain,” Azrieli said. “It started off as personal passion and then became much bigger.”

The family’s interest in funding music also has a personal connection: Sharon Azrieli is an opera singer keenly interested in musical composition broadly, and in Jewish music.

In 2020, the foundation made $10 million in pandemic-related grants to food banks and underprivileged neighborhoods, but also to artists and young researchers whose labs had shut down, Azrieli said.

During the pandemic, the foundation had to become more flexible in its funding, both in terms of those who wouldn’t meet their impact measurement targets and those who needed support in advance. Then there were other grantees who said they didn’t want their funding in the midst of COVID lockdowns, but would need it later.

“They trusted us enough to know it would come,” Azrieli said.

Some of those new practices will persist, she added, as will new habits of mind.

“It’s about risk and willingness to make mistakes,” she said. “The pandemic showed me that we’re going to do some things fast. We might make a mistake. We might spend money on an organization that doesn’t survive.
We can’t always be sure of the outcomes, but it’s worth the risk.”