Hide Search
You are here: Home / Archives for JHub 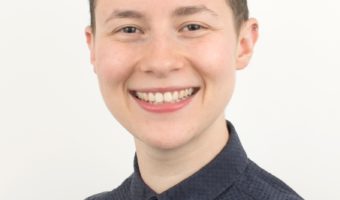 [Editor's note: Dalia was interviewed and this post written prior to the beginning of the current pandemic.] By Toby Axelrod [Today in Europe, a wide range of creative and committed individuals are contributing to active and engaging Jewish life. Their stories are often … END_OF_DOCUMENT_TOKEN_TO_BE_REPLACED

By Jina Davidovich We’ve all seen articles and had conversations about the leadership challenges of the Jewish not-for-profit sector. Yet, despite the prominence of this topic, few opportunities have been provided to ignite a conversation about what the future of the Jewish c … END_OF_DOCUMENT_TOKEN_TO_BE_REPLACED

by Smadar Bar-Akiva Aimed at revitalizing the established Jewish community, the wide array of innovative projects initiated by young Jews has recently gone center stage. Yet, very often the question is asked how many new initiatives can the Jewish community sustain over time? … END_OF_DOCUMENT_TOKEN_TO_BE_REPLACED