Kansas City’s Jewish population has grown more than 15%. But the median age of Jews in Kansas City is 60, far higher than the national Jewish median of 49. 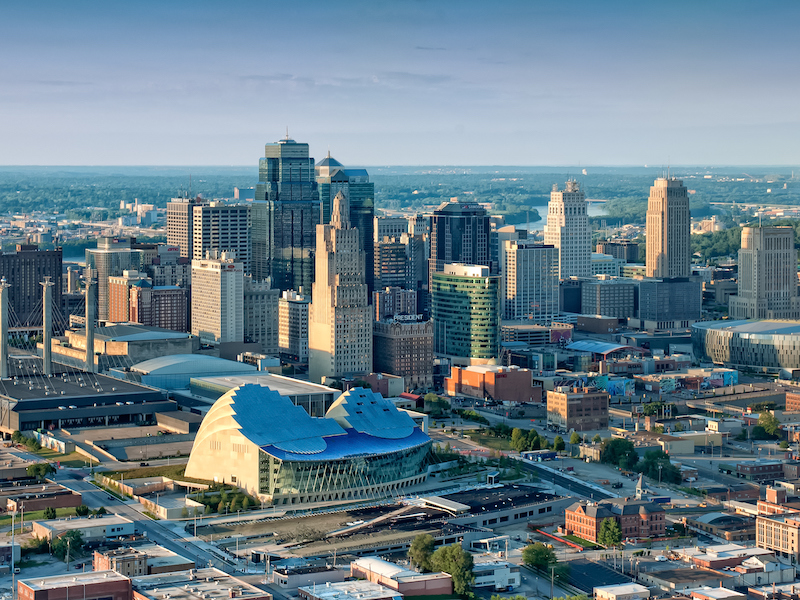 When the Pew Research Center announced that it would be following up its landmark 2013 study of American Jews with a new survey due out in 2021, Jewish organizational ears perked up — and the resulting document has informed Jewish communal discourse on intermarriage, Israel, Jewish culture and more.

The same is true for surveys of large communities — such as the 2011 study of Jews in the New York City area, which showed a growing Orthodox population in and around the five boroughs. But while most American Jewish organizational attention is lavished on large communities, an in-depth 136-page study, released Tuesday, shines a spotlight on the challenges and bright spots of a smaller Jewish population — that of the Kansas City, Missouri, metro area.

What the survey found is a small, growing but aging community that, in many ways, resembles American Jews’ national profile but that departs in key ways.

Since its last communal study, Kansas City’s Jewish population has grown more than 15%, from around 19,000 Jews in 1985 to 22,000 now. But the median age of Jews in Kansas City is 60, far higher than the national Jewish median of 49 or the overall national median of 46. And while children make up roughly a quarter of the national Jewish community, they make up just a sixth of Kansas City’s. There are also relatively few Orthodox Jews — 4% in the Kansas City area vs. around 9% among Jews nationally.

Looking at those numbers, Helene Lotman, CEO of The Jewish Federation of Greater Kansas City, which incorporates portions of Missouri and Kansas, projected optimism. Sustaining the community and keeping young Jews in Kansas City, she said, was achievable.

“A lot of younger people do go away for school but come back to raise their families,” she told eJewishPhilanthropy. “It’s a very thriving, strong community and I think that the community study gave us the information and the validation to focus more in areas where we can bring more people in. I’m not worried about this community.”

On several other fronts, the Kansas City Jewish community mirrors national Jewish trends: About one-fifth attend synagogue at least monthly, most light Hanukkah candles and have a Passover Seder, about 40% are married to non-Jews and more than 80% feel at least some belonging or connection to the Jewish people.

“It shows that we have people who are culturally and personally involved but don’t have a lot to do with Jewish community,” Lotman said. “It did come through that people feel that they may not know enough or not be Jewish enough.”

Lotman said the difference could be due in part to Kansas City’s large share of older Jewish adults, who have had more opportunity to travel to Israel and who, nationally, show higher levels of support for and attachment to the Jewish state. Age was likewise a factor in another area, Lotman said: Kansas City Jews are still cautious when it comes to COVID-19 restrictions, she said, in part because much of the community is older.

But as she’s thinking about policies to pursue as a result of the study, Lotman’s focus is on engaging young people, particularly intermarried families, by encouraging them to explore Jewish camp, Jewish children’s books and other family programming. She also said that Jewish organizations should invest more resources in Kansas City itself, where a population of young Jews lives, as opposed to staying in Overland Park, Kansas, a suburb with a large Jewish population.

But while she’d like to grow the number of Jews in her area, Lotman — who has lived in Jewish population centers like Palm Beach County, Florida, and Philadelphia — said being a small community isn’t a bad thing. Although she said the community can do better welcoming newcomers, she’s felt drawn in by how intimate it is.

The study surveyed 989 Jewish respondents from April to July of last year, and was conducted by the Cohen Center for Modern Jewish Studies at Brandeis University.