Serafim Sabaranskiy, a Jewish student in Kharkiv, is killed in battle

Kharkiv Hillel called Sabaranskiy, who volunteered to fight, a “brave, brave man with a big heart.” 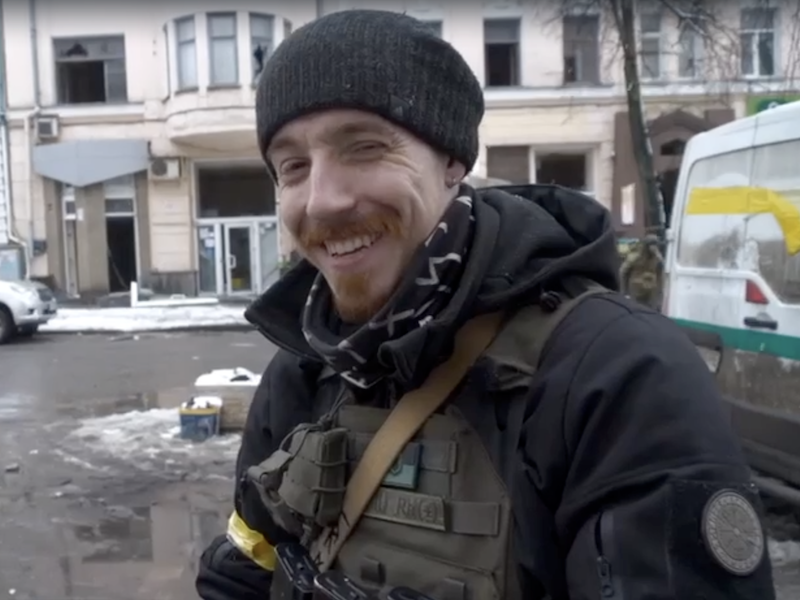 On Feb. 23, one day before Russian troops invaded Ukraine, Serafim Sabaranskiy bought combat gear and army boots. He was sure that the war would start, and wanted to be ready to fight for his city, Kharkiv.

This week, Sabaranskiy, a Jewish student born in 1993, was killed by a Russian airstrike on Kharkiv as he served in a territorial defense unit, according to Kharkiv’s Hillel director, Yulia Potoskaya, who was unsure of the exact date of his death.

Sabaranskiy’s death is the most painful loss yet for Kharkiv’s Hillel community, Potoskaya told eJewishPhilanthropy on Tuesday. She and others who knew Sabaranskiy — who was nicknamed “Red” for the color of his thick hair — recalled him as an energetic, funny and independent man dedicated to his community and his city. In a Facebook post, Kharkiv Hillel called him a “brave, brave man with a big heart.”

“He was a very strong man,” Potoskaya, who also relayed the details of his combat service and death, told eJP. “Nobody could tell him what to do, and he decided to go to the army. It was his decision.”

In a video of Sabaranskiy taken before he was killed that Potoskaya shared with eJP, he smiles at the camera dressed in full battle gear. He mocks Russian President Vladimir Putin’s claim that Russia’s fight in Ukraine is against Nazis, mentioning his own Jewish family and his travels to Israel. He says, “We’re not at war with the Russian people, we’re at war with Putin.”

“We love our home,” he said. “Get out of here with your weapons and come drink vodka with us.”

Potoskaya said Sabaranskiy was “very funny, smiling all the time” and was a frequent volunteer at the city’s Hillel who enjoyed Shabbat programming, cycling and travel, and went on a Birthright trip to Israel in 2019. At the time, Sabaranskiy posted on Instagram that he enjoyed experiencing a new place and loved hearing the sounds of different religions’ rituals in Jerusalem.

“You can be in the sand, you can sleep in the desert — a lot of things,” he wrote. “These white streets will forever remain in my heart.”

A Jewish community member who accompanied Sabaranskiy on his Birthright trip wrote on Facebook that he had been “thrilled to be in Jerusalem,” and was “an extremely positive person [who] always spoke his mind, which occasionally irritated some guys.” She added in another Facebook post that he “helped even before [people] asked for help” and was “a man whose inner strength could be felt through a look.”

Sabaranskiy was not the only Hillel student to volunteer for duty, Potoskaya said. Kharkiv has been hit hard by the Russian army, and the city’s Hillel building was bombed at the beginning of March. Like millions of other Ukrainians, Potoskaya evacuated the country with her family and is now staying in Bratislava, Slovakia, in an apartment found for them by the local Jewish community. The journey took the family 10 days, she said — during which they slept in the car or in Jewish institutions as her children listened to bombs exploding in the distance.

She’s now trying to assist community members in Kharkiv who have both left and stayed — helping them find food, shelter, money or a way out. And she’s dreading hearing that another student has been killed at the front.

“When the war started, I knew that a lot of guys would go to war,” she said. “Of course it’s a war and I understand that. I’m very worried but I understand. He was first, but unfortunately if it will not finish immediately, it could be more.”

Potoskaya added that she’s committed to returning to Kharkiv after the fighting ends, and hopes to rebuild the Hillel, which serves 600 students.

For now, her mind is on her family, Sabaranskiy and her other students. Both the Jewish community member and Potoskaya said that Sabaranskiy had saved other soldiers in battle before being killed.

“He knew how to cheer me up,” the community member wrote. “It is said that he has saved lives multiple times in the past two weeks. This is a man in whose eyes there was never fear, and there will never be again. Remember him. This man is worthy of remembrance.”