Rosh Hashanah 5782: Jewish musings on the state of our community

This is a unique moment in America but also for Jewish Americans. In this season of our spiritual renewal, we have come to this space feeling a deepening anxiety about the battle against this pandemic but also about our religious and political condition as we enter the new year.

The unevenness and uncertainty of this virus have required our synagogues and schools to rethink their operational choices. Pandemic fatigue has set in, as congregations scramble to set parameters yet again for high holiday observances. 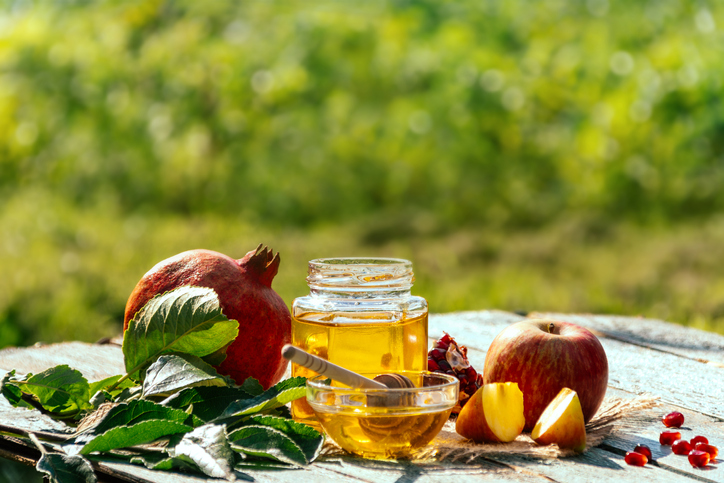 In connection with our practices as Jews, we are experiencing the realities of being a fourth-generation American community. Our religious resiliency, as identified by the most recent Pew study, shows signs of our community coming apart, as the numbers of synagogue-affiliated Jews continue to decline, resulting in the downsizing of American Judaism. We are increasingly defining ourselves no longer as a single community but rather as individualized pockets of religious and cultural Jewish expressions.

Denominationalism is being replaced by distinctive, localized institutional expressions of religious and educational practice. We are today a collection of religious pods in search of new forms of wholeness. In this pandemic moment, synagogues have taken on the traditional attributes of JCC programming while our centers, in turn, are adding synagogue-like features, leading to the melding of these two-institutional models.

One of the important sidebars to this pandemic involves the increased significance of federal funding for religious institutional life, as represented by the two COVID stimulus packages. Indeed, without such assistance programs, some of our communal and religious organizations may well have collapsed. Beyond such governmental financial intervention, our religious and communal organizations have been increasingly dependent on the health and security guidelines made available by state and local authorities.

The historic posture of separation of church and state appears to be giving way to a new set of interactive relationships and partnerships that will likely reshape this equation.

Our community faces external threats, eminating from extremists on the political right but also from the far left. Israel is experiencing a set of both physical attacks and diplomatic challenges not only in connection with its policies, but its very existence has come into question. Anti-Semitism has reached new levels of discomfort and concern, just as anti-Zionism has become a fashionable notion, even for some as a badge of pride. As we enter this New Year, no issue for Jewish Americans seems more threatening and challenging than the rising presence of anti-Semitism.

Based on the most recent Pew Study, the connectivity of Jews to Israel has lost ground, creating a deepening rift and political disconnect between American Jewry and the Jewish State. Indeed, Jews have emerged as some of its harshest critics.

Despite these internal and external challenges, one finds a striking level of pride in being Jewish. This ethnic glue seems to point to a deepening sense of personal connection, signaling a level of creative engagement driven less by institutional connections. Even as Jews assimilate, marry out, and demonstrate a level of disconnect with Judaism as a faith community, there appears to be a corresponding rise of ethnic and cultural consciousness. The individual Jew is reconstructing different avenues of expressing Jewish connectivity and participation.

On the Edge: New Expressions of Jewish Resilency

Beyond our desire to make whole the Jewish condition and to reenergize our communal order, five new phenomena are driving the American Jewish marketplace. Each demonstrates a new form of resiliency, as well as a heightened entrepreneurial energy present within contemporary Jewish life. These trends also speak to the continuous pattern of independence and innovation that frames the communal landscape.

In response to the pandemic, we see the emergence of several prominent synagogues (among them, Central Synagogue, and a number of Jewish educational organizations (including Judaism Unbound, serving for the first time as the new virtual expressions of Judaism on the global media stage. For the first time, we are experiencing “national synagogues” performing similar roles historically performed by mega churches. A new type of American Judaism is being marketed, able to serve audiences beyond our local communal settings! We will likely see a corresponding growth in national memberships in response to these new virtual undertakings by congregations and educational organizations.

Secondly, a major Jewish political reset is underway at this time, focusing on domestic affairs, foreign policy considerations and the increasing diversity that defines the Jewish communal orbit. When the political environment is as unsettled as we find today, such new structural initiatives are likely to reframe the conversation, refocus policy options, and grow the diversity of the community. These new institutional voices are seeking to establish a middle ground between the political extremes. Such outside organizational expressions have taken place in other time frames of the Jewish experience. We encounter such challenges to the status quo when the political equilibrium is in disarray and when there are new and competing voices seeking to be represented and heard, whether around Israel policy questions or domestic considerations.

Here, we are introducing two of these new political instruments:

Heart of a Nation represents one such expression. Its mandate reads:

The goal of Heart of a Nation is to bring together progressives of all faiths and backgrounds to form an intentional Community of Purpose that is committed to the ambitious task of bettering not battering the nations we love.

American progressives are drifting away from Israel and Israeli politics is just a shadow of its progressive roots. Progressives in Palestine are challenged by reactionary forces within their own society. These dynamics have set back desired advancements toward equality, justice, and peace. For these reasons, uniting progressives in the US, Israel, and Palestine, in common purpose, is more urgent than ever.

As one of its communications vehicles, this new entity is committed to publishing its ideas through a journal, Heart & Soul. The focus here appears to be identifying issues central to audiences in the United States and Israel, including such themes as social and economic justice, gender and racial equality, the role of religion, climate change, police practices and criminal justice reform, and the treatment of refugees and asylum seekers. Among its broader or overarching considerations involve the promotion of civil discourse, the reduction of conflict, and the pursuit of peace.

We have seen similar expressions emerge at previous moments when the political environment appeared less friendly to Jewish audiences. The rise of the neo-Conservatives in the 1970s represented a counter-cultural response to some of the policies and proposals that had been identified with particular leaders within the civil rights movement and the Democratic Party.

The emergence of the Jewish Institute for Liberal Values has been launched in the aftermath of a Jewish response acknowledging that Jews are white and privileged. In opposing this collectivist reaction, critics, who helped to form this institute are suggesting a more nuanced approach when studying issues of race and identity:

Americans have work to do in curtailing racism and inequality. We must undertake this work, however, in a spirit of intellectual honesty and integrity. Critical Social Justice — the idea that there are hidden systems of oppression in America and that only marginalized people have the standing to define them—is a rising phenomenon in the organized Jewish community. It tends to stifle alternative views and prevents due consideration of such issues as racial justice and gender identity. Absent a balanced discussion, CSJ can corrupt the core values of many institutions and lead to cultures that restrict free thought. Such absolutist sentiment is a threat to the country and the Jewish community and fans the flames of antisemitism.

In a period of extreme political positions, there is often a counter-response designed to provide an alternative option.

Thirdly, over the past several years, there also appears to be a growing presence of new national Jewish spiritual and social justice initiatives. Posted below is a sampling of these more recent organizing efforts:

A fourth finding suggests that there is a dramatic increase in new forms of Jewish liturgy, involving an expansion in music, poetry, prayer. In addition, we have seen an acceleration of Jewish blogs, as we identify new forms of selective, individualized expressions of American Judaism. Drawing upon Jewish sources, some of these new instruments are seeking to integrate the teachings of other faith and spiritual traditions with Judaism and the introduction of the literature and language of other ethnic cultures into the Jewish fold.

The Focus on Race, Sexuality, and Religion:

Finally, in the broader context of an awakening around racial justice and sexual conduct, a more serious commitment in acknowledging Jewish diversity and managing personal behavior is beginning to emerge. The latter is seen in the recent efforts by our major rabbinic organizations and seminaries, among other institutions, in addressing past practices and creating new protocols in connection with such issues. Beyond legacy institutional responses, one finds the emergence of new voices in conversations around diversity, as represented by the Jews of Color Initiative.

In this hour of our renewal, just as we are experiencing new institutional arrangements and transitions, we are seeing different expressions of connectivity and innovative forms of personal engagement, as there appears to be a new momentum in reimagining how one can navigate and embrace Judaism and a refocusing of institutional responses in connection with what it will take to reinvigorate a Jewish renaissance!

Steven Windmueller is professor emeritus of Jewish communal studies at the Jack H. Skirball Campus of HUC-JIR. His writings can be found on his website, www.thewindreport.com.