Whoever does not try, does not learn

With the needs in the Jewish world rising and funding priorities shifting in response, online Jewish education significantly reduced the financial burden on both the individual and the institutions themselves.

I read Ziva Hassenfled’s piece in eJP (Nov. 10, 2021) with great interest. The idea of remaking the Jewish education model should in fact be a much higher priority in the funding marketplace. To give a very brief context, what we think of as part-time Jewish education, traditionally called Hebrew school, was started as a kind of answer to the traditional Christian Sunday school, largely credited by Rebecca Graetz of Philadelphia, a devout Jew and philanthropist who wanted Jewish children raised in non-Orthodox households to have a grounding in Jewish history and traditions. In 1818, on her birthday, the first Hebrew school was opened by the Female Benevolent Hebrew Society of Philadelphia with 60 students. This system, created 200 years ago, has remained largely structurally untouched since.

As a response to try and modernize the way Jewish education is presented, online educational curricula, teacher training and even providing the teachers themselves are trying to engender that change. ShalomLearning, about to complete its tenth year of collaboration with its now 248 partners worldwide, is one such organization, though there are others. The impact of this kind of education on the youngest generation of Jews is tangible. In addition to the classic synagogue and JCC structure where Jewish education has been offered traditionally, there are so many other communities currently without access to bricks and mortar synagogues and centers. The men and women that serve in our armed services and the expat communities built around the military complex have received a tremendous benefit to online Jewish education. 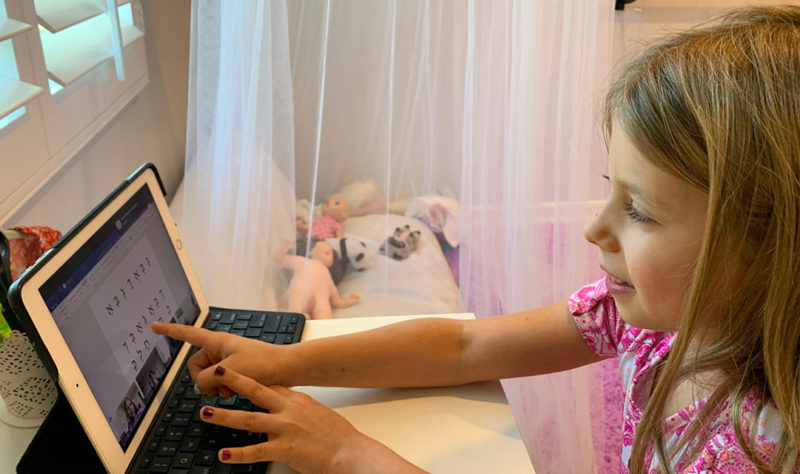 When COVID-19 swept the globe and much of the world shut down, online educational products provided Jewish values, history and Hebrew language instruction. As an example, ShalomLearning doubled the number of students served over the last 18 months, making online education one of the few success stories in the Jewish world during the pandemic. Of course, the product works just as well in the classroom as it does at home, but its ability to pivot coupled with its inherent flexibility provided teachers, suddenly with no access to schools in which to teach, options not previously open to parents, teachers, congregations and students previously. Even as the world opens up, the retention rate has been much higher than predicted. Perhaps the best benefit of this model is the cost. With the needs in the Jewish world rising and funding priorities shifting in response, online Jewish education significantly reduced the financial burden on both the individual and the institutions themselves. In 2014, the average cost to educate a student in a typical Jewish community was $2,532. In our case, we have reduced the annual cost per student to only $72 for those communities that use our product. If the average K-12 Hebrew school holds 70 students, this savings puts $172,000 back into the pockets of the institution, allowing those funds to be directed toward other programs and projects that may have otherwise been shelved due to lack of funds.

The success of online education has now allowed organizations like ours to explore new partnerships outside the traditional Jewish structures that have been the homes for Jewish education. More and more online congregations are sprouting wings and growing by leaps and bounds, streaming services and programming for chagim to living rooms all over the country. These organizations, specializing in meeting Jews at their own level are growing their membership rosters by the month. Jewish thought leaders like Amichai Lau Levine of LabShul and Noa Kushner of The Kitchen, San Francisco are offering classes and educational programming online, and more are coming.

Jewish dynamism has allowed us to survive and thrive across every continent and through time and space, not to mention the attempts, too many to list here, to relegate them to the dustbin of history. If we don’t at least try to reimagine how we educate our future generations outside of the traditional models, something will be lost. Change is  good, and change is important. There is a Jewish proverb that reads “Whoever does not try, does not learn.” I am a fan of this old adage, and I think it rings even more true today than perhaps it has since it was written.  We owe it to ourselves and to future generations to try and reassess how we move forward in the twenty-first century with Jewish education, and reaching students and families alike at their own level, and in a space that is affordable and convenient seems like a strong step in that direction.