It is vital that Jewish stories continue to be told, providing a link to Jewish life that is relevant, welcoming, and inspirational. Reboot Studios is set to be the place where new Jewish stories can get early-stage funding and support - which is the hardest support for artists to find.

“We tell ourselves stories in order to live.” – Joan Didion

Jews are people of the book, though in truth the book is simply one medium of our time. We are a community of storytellers, our customs passed through words from generation to generation. The Torah was originally shared as an oral tradition, evolving into scrolls, and finally into the book which now defines us. But the potential channels for telling stories have expanded with each passing year, and that growing opportunity sparked the launching of Reboot Studios this July. 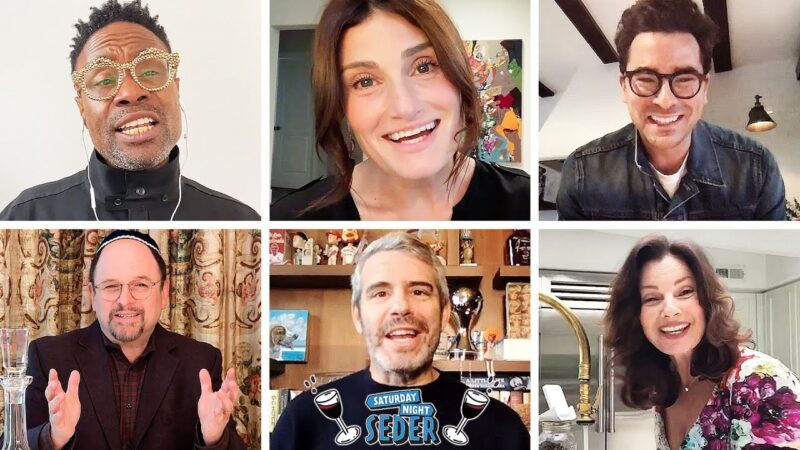 Our initial slate of projects explores identity, community and diversity, anchored in the Jewish commitment to healing the world. Steered by a board of influential/prominent advisors, we aim to be a beacon for artists who want to tell new Jewish stories, and for production companies looking to bring these stories to the world. Reboot Studios will invest in interdisciplinary content for theater, television, film, music, photography and publishing. We are focused on hopeful stories that unwind and address prejudice and antisemitism, that shine light in the darkness, finding new meaning in our traditions.

Prior to my role as CEO of Reboot, I worked in the music industry. I spent my entire career uplifting the artistic voice, starting when I was fifteen working at an independent record label, followed by a long stretch at a local San Francisco college radio station. This ultimately led me working in the A&R Department of Warner Brothers Records. To me, cultural expression has always been the most powerful and accessible way to move and inspire people, and to ultimately effect change.

At its best, art reaches people in the place where the emotional meshes with the spiritual, linking the conscious and the unconscious, bringing the heart, mind and spirit together. Profound art has the power to change us. Whether giving joy or leaving us unsettled, it leaves us pondering what matters, leaving us asking the same questions as the Torah. Artistic vision has the capacity to transform both ourselves and the world around us. By weaving beauty and ideas into stories, it cuts through distractions, reaching straight to the soul. Great art demands our attention.

Ultimately, the important things in life fall more in the category of metaphysics than logic, relying less on analysis and more on emotion. The larger questions of our purpose in the world are processed more in the heart than the brain. Feeling precedes thought.

This is why there is such power in providing creative people the ability to discover and be inspired by their Jewish tradition, to weave this richness into their art. That is why I am so excited about the launching of Reboot Studios.

The idea for the Studio came after Reboot executive-produced a multitude of projects across all media, including the widely hailed virtual Passover production “Saturday Night Seder,” with Reboot board member Benj Pasek and stars such as Jason Alexander, Billy Porter, Henry Winkler, Pamela Adlon and Cynthia Erivo. Most recently, Reboot supported the launch of the HBO film “The Survivor,” hosting a Reboot Ideas conversation with the USC Shoah Foundation featuring director Barry Levinson, actor Ben Foster, and producer Matti Leshem, moderated by Sami Sage, co-founder of Betches Media.

We used Sundance Labs as a model, while opening up the artistic possibilities beyond film to include other forms like podcasts and multimedia storytelling. Fundamental to our vision is gathering the many stories by Jews of color that are waiting to be told. We will use this chance for visibility to raise awareness of the diversity that already exists in our community, but often goes unrecognized. Our approach is to emphasize both seed money and a nurturing development process, making sure these projects receive their due.

It is vital that Jewish stories continue to be told, providing a link to Jewish life that is relevant, welcoming and inspirational. Reboot Studios is set to be the place where new Jewish stories can get early-stage funding and support, which is the hardest support for artists to find.

As we grow, we will be looking across the country to invest in new stories by new creators. Art, at its best, conjures something that’s never been experienced. And in the end – what is more miraculous than the new?

David Katznelson is CEO of Reboot.