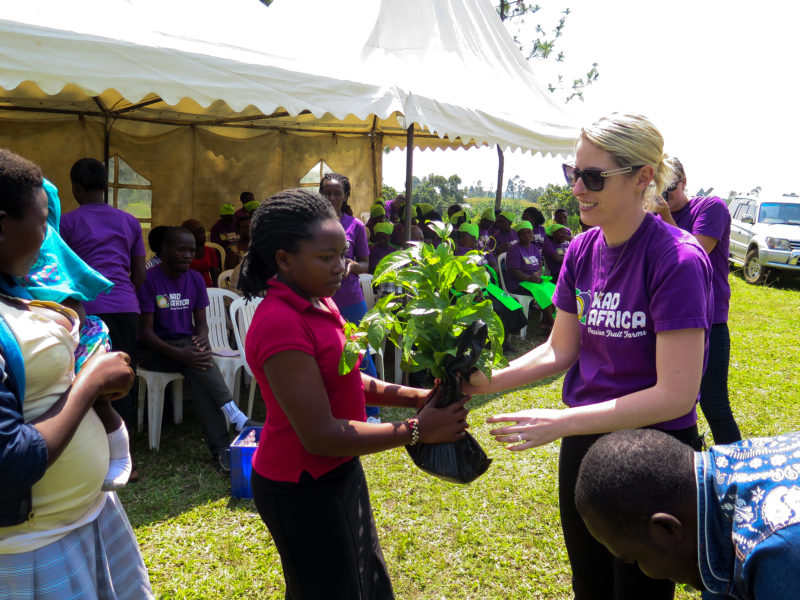 UpStart, a Jewish nonprofit that advises other Jewish organizations on strategy, has named international aid and development expert Rebecca Kaduru as its first chief strategy and impact officer. As the founder and leader for six years of KadAfrica, a business-development enterprise in Uganda, Kaduru herself benefitted from working with several UpStart-style “accelerators” — such as the Unreasonable Group — which help social entrepreneurs realize their ideas by providing coaching and consulting.

UpStart, a Jewish nonprofit that advises other Jewish organizations on strategy, has named international aid and development expert Rebecca Kaduru as its first chief strategy and impact officer. As the founder and leader for six years of KadAfrica, a business-development enterprise in Uganda, Kaduru herself benefitted from working with several UpStart-style “accelerators” — such as the Unreasonable Group — which help social entrepreneurs realize their ideas by providing coaching and consulting. UpStart offers programs and services, such workshops that vet new ideas and intense coaching sessions they call “sprints,” to Jewish professionals who want to build an organization or change an existing one.

An international career was Kaduru’s childhood dream, inspired by her father, who traveled often for work. Her mother would monitor airline ticket prices and, when she found a great deal, bring the rest of the family to meet him in different locales around the world. Born and raised in the Bay Area, Kaduru graduated from Santa Clara University in 2009 with a degree in political science and, within a year, moved to Kampala to work as an evaluator and administrator at an education NGO. In 2012, she founded KadAfrica and grew it while at the same time working at several other NGOs. “A lot of people want to go into this work because you’re living overseas, and it’s fun,” she said. “But you’re also telling people how to improve their lives. Is that the right model? There’s a lot of power disparities there.”

In 2018, Kaduru was in a serious car accident in Uganda that upended her plans. She and her husband returned to the Bay Area so she could seek medical treatment, and lost most of what was left behind: their car was destroyed in the accident, while many of their possessions were stolen in their absence. When Kaduru had recovered enough to search for a new job, she needed one quickly in order to keep her health care. She looked in the field where she’d spent her career and was hired by Solidaridad, a Dutch nonprofit considered the founder of the fair-trade movement, to run its North American office. “I’d done it. I was running the entire continent for this large organization,” she said. But she was also getting burned out and starting to question the premises underlying international development work.

No longer undergoing surgeries, Kaduru was traveling about 60% of the time. By that point, she also had a young daughter. The international lifestyle was starting to lose its luster when the pandemic grounded that aspect of her career. The global lockdown gave her time to reflect. “There was no way I could go back to traveling the way I had been,” she said. She also thought a lot about how the Jewish community in the Bay Area had supported her after the accident.  Her childhood rabbi, Melanie Aron of Congregation Shir Hadash in Los Gatos, now retired, was the first person to donate to the crowdfunding effort Kaduru’s sister-in-law started to help Kaduru’s family pay her medical bills. Aron also arranged for the Jewish chaplains at Stanford University Medical Center to support her while she was there for surgery. The Hebrew Free Loan Society in the Bay Area gave her a no-interest loan.

Kaduru’s mother is Jewish; her father is not, but she and her siblings were raised Jewish.

She had enjoyed going to synagogue at Shir Hadash with her family when she was young; she had found her bat mitzvah a meaningful experience, and then sports became her focus, leaving little time for additional Jewish education. “The day after my bat mitzvah, I left [formal Jewish education], which I think is standard for a lot of people,” she said.

She started going to Shir Hadash again, and deepening her relationship with Aron. “I started to think about what it meant to have been gone for 10 years, and be in this horrible situation, and find myself in this amazing community,” she said. “There was so much generosity.”

That experience spurred her to apply for the UpStart job, which she will perform from Nashville, Tenn., where she now lives with her husband and daughter. (Even before the pandemic, UpStart had staff across the country.) UpStart is in the last year of its strategic plan, and Kaduru will create the new one, which she also did at Solidaridad, Barry said. Her title includes the word “impact” because one of UpStart’s core principles is the importance of defining goals and evaluating performance, Barry said. “Innovation and entrepreneurship skills and mindsets have evolved from a ‘nice to have’ to a ‘need to have’ for every Jewish leader, venture, organization, and funder,” she said.

Monique Vanni, a Brazilian Jewish woman with whom Kaduru worked at Solidaridad, said Kaduru’s new post makes sense because of her openness to change and experimentation. “When you’re working on innovation, you can’t plan, you might fail,” said Vanni, whose job is to help develop ethical international trade through the use of digital technology. “Rebecca leaps with you. It takes a lot of confidence.”

Kaduru likes that UpStart is a Jewish organization serving the Jewish community, which means she doesn’t have to worry, as she did at previous jobs, about imposing her values on the people she is trying to serve, she said. Even UpStart’s projects that work with non-Jewish populations, like one that connects formerly incarcerated people in Los Angeles with Jewish mentors, enrich Jewish life by offering service opportunities and connections to the broader community.

Still, she doesn’t want to leave the world of international work behind altogether — instead, she wants to bring UpStart into it, and to other faiths, as well.

“There’s no reason why UpStart shouldn’t be known outside the Jewish space,” she said. “We will get Jewish innovation into the conversation.”