Many Jewish teens follow A-list influencers who routinely propagate anti-Israel rhetoric. When Jewish teens see these messages from personalities they look up to, it profoundly impacts their perception of Israel and, in turn, their connection to Judaism.

Ten years ago, we gathered on the blacktop outside our schools, or we hung out at the JCC or we spent time in Hebrew school surrounded by friends, parents and students older and younger than us. We absorbed every word amongst the chatter, every idea and value. This is how we learned. Little did we know how lucky we were to be influenced solely by the people around us — people we knew and trusted. Our community.

Today, with the ubiquity of social media and the rise of influencer culture, Jewish parents and teens do not have that comfort. Influencers on social media can have as much impact on teens as the people around them in their daily lives — maybe more. 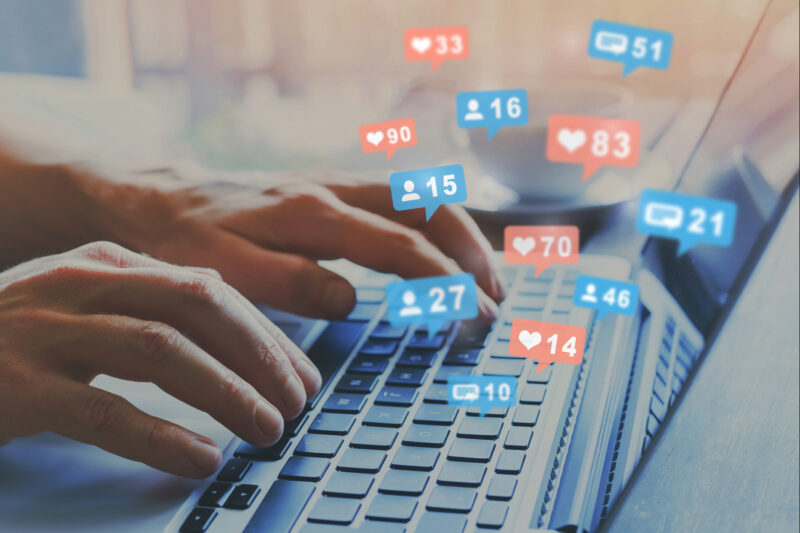 This culture, as it stands today, poses an imminent threat to the future of the Jewish community if we do not learn to understand it and use it ourselves.

Many Jewish teens follow A-list influencers who routinely propagate anti-Israel rhetoric. When Jewish teens see these messages from personalities they look up to, it profoundly impacts their perception of Israel and, in turn, their connection to Judaism.

In our work at Lost Tribe, we are deeply involved in teen-favorite new media; we leverage these platforms to build a safe space online where Jewish teens connect with each other, with Israeli peers and to their Jewish identity. Our successes are rooted in the centrality of social media to the teen experience today.

Let’s be clear: anti-Israel sentiment in social media and influencer culture is leading a generation of Jewish North American teens to turn their back on Israel. If the Jewish community does not adapt and combat this movement, the impact as Gen-Z moves into adulthood may be catastrophic.

What is an influencer?

Influencers are content creators on social media (Instagram, TikTok, Twitter, etc.) who post regularly and interact with an audience of dedicated followers. From gamers to comedians, athletes, actors and models, influencers can take on many shapes and forms — but they all have one thing in common: impact. With millions and millions of followers collectively, influencers today hold immense power, particularly among teens.

Teens absorb a drumbeat of anti-Israel content from some of today’s most popular influencers. It begins when their favorite singer, Dua Lipa (85 million followers), propagates anti-Israel sentiment and is reinforced when their favorite models, Gigi and Bella Hadid (75 million and 53 million followers), release videos painting Israel as an apartheid state. When Jewish teens with no connection to Israel see Dua Lipa’s Instagram caption claiming, “The big bad tough guys of the #IDF thoroughly enjoy beating and shooting children,” their instinct is not to defend Israel but to abandon it.

These celebrities do not come across as raging antisemites. For the most part, they wrap anti-Israel messaging in language of tolerance, peace and “respect for everyone,” weaving them into the content teens follow them for — music, fashion, style and a window into celebrity life. On the surface, they present pro-Palestinian advocacy that echoes the tenor of social justice causes embraced by many teens. But the resemblance is only superficial and built on incompletions and falsehoods.

Dua Lipa may tell our teens, “When people say #freepalestine, it doesn’t mean that scary Muslims will run into Tel Aviv and ruin the fun dance parties on the beach. Rather, it’s a simple request for sovereignty and freedom,” but she does not acknowledge the 7,000 missiles Hamas fired at Israeli civilian targets in May 2021, nor the Jews killed by Palestinian militants in multiple attacks earlier this year. She fails to mention that the U.S. State Department has recognized Hamas as a terrorist organization or that it has sworn to destroy Israel and seize its territory.

The damage has begun. One Jewish summer camp director recently shared that their camp is discontinuing its Israel summer experience for 16-year-olds because their teens “won’t go to Israel.” What picture of Israel is in the mind of these teens? Is it that of a global leader in research, technology and LGBTQ rights, the homeland of their people? Or is it the picture painted by social media influencers of an oppressive, apartheid state?

The battle of Israel’s representation is happening on platforms under the radar to many in the Jewish communal world, and it’s found its way directly into the ears and minds of our Jewish teens. We must introduce truth and nuance into the narrative before this teen generation permanently abandons Israel.

What can we do?

Learn, adapt and act. We can no longer cede this space to anti-Israel voices. Having identified the problem, we can fight fire with fire.

It begins by recognizing social media as just a tool. The advent of social media ushered in a period of disruption – in some cases for the better, in others for the worse – but our response cannot be to ignore it or wish it away. The answer lies in recognizing its power and learning to use it without fear or disdain.

Lost Tribe is working to promote Jewish influencers and supporters of Israel. We build professional relationships with content creators and streamers who have large followings and are positive Jewish role models. We routinely expose Jewish teens to Israelis and Israeli culture in relatable, meaningful and easily digestible ways.

This spring Lost Tribe signed a popular Israeli influencer, Snacksss. His first stream with Lost Tribe brought us over 1,300 new followers, 450 of whom joined our Discord server (Lost Tribe’s 24/7 online teen lounge). Membership of our platform is over 4,000 and growing, with 600+ teens active at any moment of the day. Thanks to this influencer marketing, our online community now comprises over 20% Israelis — connecting and building friendships with North American Jewish peers on an ongoing and daily basis.

We are recreating that old after-school blacktop scenario in Lost Tribe’s virtual space, a place where the exchange of thoughts, ideas and opinions happens between teens with something special in common — they belong to a global Jewish community.

We are designing an “influencers trip” to Israel, attended by Jewish social media with millions of followers. Imagine blogs, videos, memories and friendships caught live on camera, streamed and posted to millions of Jewish teens across North America and the rest of the world, with Israel as the beautiful, fun, lively and cultured backdrop.

A collective effort by the Jewish community can combat the anti-Israel rhetoric on social media. Organizations aimed at the next generation need to develop social media influencer programs. Foundations need to do more research to better understand engagement and outcomes in the social media space and identify KPIs. Philanthropists need to invest in leading-edge Jewish organizations that are digital-native and activate new media to build a vibrant community in new ways to scale and amplify our impact.

We can do this. Our superpower as a Jewish community is coming together to defend ourselves against large, well-supported enemies. We may not have voices as loud as Dua Lipa, but we do not need to. Social media is personalized; each individual crafts their own social media intake. Rather than aiming for the top of the influencer charts to reach millions, we just need to reach the right audience. The time to act is now, before we lose the battle of influencers—and the next Jewish generation.

Spencer Solomon is marketing and communications specialist at Lost Tribe, and a 2020 graduate of the University of Pennsylvania. Spencer grew up playing Temple Basketball, attended Sunday school at the Westchester Jewish Center and spent summers from 2006-2019 at Emma Kaufmann Camp.

Lenny Silberman is founder and CEO of Lost Tribe. He was formerly CEO of Henry Kaufmann Campgrounds in New York City, and continental director of the JCC Maccabi Games.