Is regular participation in Jewish life “enough”? Is that how we should measure “success”?

Out of the copious amounts of data that is Pew 2020, what most jumped out at me was the finding that Jews with higher levels of traditional religious observance (measured by those who do at least 3 of these 4 things: host/attend a Passover Seder, fast for at least some of Yom Kippur, attend synagogue at least monthly, and keep kosher at home) are also much more likely than those of lower levels of traditional religious observance to participate in Jewish cultural activities.

“Those who are low on the scale of traditional religious observance, meanwhile, tend to be much less active in the vibrant array of cultural activities available to U.S. Jews in the 21st century. In fact, no more than about one-in-ten low-observance Jews say they often do any of the dozen things mentioned in the survey.” 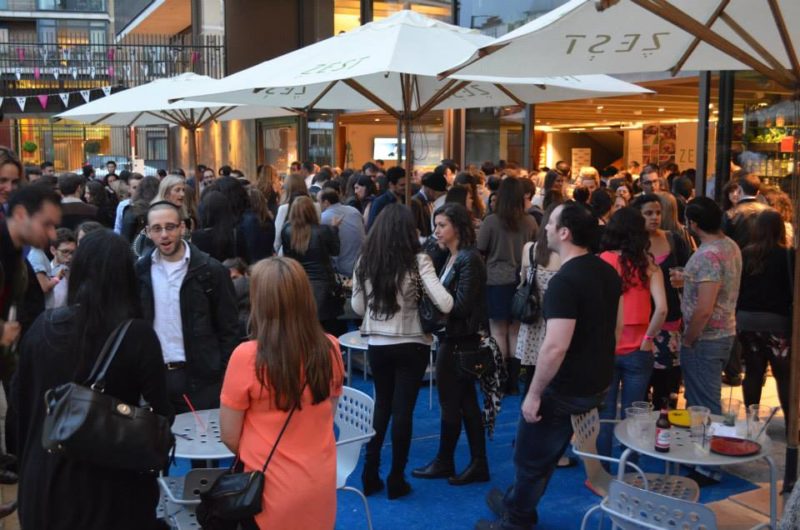 I was also surprised to learn that even amongst those who responded that they actively express their Jewishness in ways other than attending religious services, that:

“The survey also shows, however, that non-attenders who say they do not go to religious services because they express their Jewishness in other ways are consistently less engaged in Jewish life than are Jews who do attend religious services at least once or twice a month.”

While I’m well aware of and appreciate the “cultural Jew” construct, I don’t think I fully realized that religious Jews are consumers of Jewish culture at a much higher clip than self-described cultural Jews are themselves! So – call me crazy – but perhaps one of the key takeaways of this most recent edition of Pew is that Jewish cultural organizations striving to secure their futures should actively encourage folks to take on a more traditional Jewish religious practice if they hope to have a more committed audience!

But what is it about these “traditional religious observance” markers that leads to greater participation in all that Jewish life has to offer broadly? My take is that despite the framing of these four activities as religious, that their observance and associated participation outcomes has little to do with theology or spirituality, and everything to do with people thinking about being Jewish and  living Jewish on a regular basis.

Traditional religious observance, as defined by the 4 markers Pew identifies, means that you’re thinking about being Jewish and doing Jewish at least monthly (if your 3 of 4 markers are monthly synagogue attendance, Seder and Yom Kippur fasting), if not daily (keeping kosher at home is a daily practice, so keeping kosher at home along with 2 of the 3 other markers means you’re thinking about / doing Jewish daily).

It seems logical that if you’re regularly thinking about the fact that you’re Jewish and doing Jewish, that you’re more likely to seek out and engage in additional Jewish communal / cultural activities.

Many years ago, I worked for Hillel on campus and I was also part of the early team at Moishe House. Both of those organizations, at the time, measured a “highly engaged participant” as someone with whom there was a quarterly touchpoint. That is, if you had a young adult choosing to do something Jewish at least once every three months, that young adult was deemed “highly engaged.” Thankfully, both organizations have shifted to a much more robust engagement approach, recognizing what the Pew data seem to make clear: frequency of participation in Jewish life matters, and begets additional participation. Occasional touches here and there are nice, but if the goal is to have as many Jewish folks as possible actively partaking in the incredible array of Jewish offerings that exist, in order to enhance their lives, to allow for there to be a sufficient base of interest for our communal creatives to have the financial support needed to express themselves, and to allow for community bonds to form, then it would seem that inspiring at least monthly participation in Jewish life and offerings should be a key communal goal.

We saw this impact unfold first hand at The Well, where over the course of a few years, we wove together almost 40 shared interest groups comprised of 8-12 adults or 4-5 families that we very intentionally had gather at least monthly, and we watched relationships blossom and participation in other Jewish communal events soar as folks got into a rhythm of doing Jewish, and then had friends to attend other Jewish communal offerings with (a key indicator in our experience of whether or not people “do Jewish” was if they have others to do Jewish with!). We’ve seen a similar model work well here at Alper JCC Miami, where by virtue of intentionally bringing together groups of young families in targeted neighborhoods on a monthly basis for the past 6 months, a significant number of families who participate in those groups have chosen to enroll their children in our summer camp — together —  for the first time.

But is regular participation in Jewish life “enough”? Is that how we should measure “success”?

I wrote in eJP a few years ago in response to Pew 2013 about how outside of the Orthodox world, there seems to be little consensus as to what constitutes “success” in the Jewish community.

I’ll bring you an updated example:

A young woman grows up affiliated with a synagogue. She attends Hebrew School, prepares for and has a Bat Mitzvah, is actively engaged in her youth group during high school, visits Israel, attends Shabbat dinners occasionally at Hillel while in college, and now as an adult is serving on the board of that same synagogue where she grew up. And, in a recent conversation, she shared that she was not familiar with the story of the Binding of Isaac. She had simply never heard of it. (Don’t forget, even if you happen to miss the Shabbat where we read that portion in synagogue, it is also traditionally read on the first day of Rosh Hashanah…)

Is this person a communal success story? Does content knowledge / familiarity with key pieces of the Torah matter? Should it? Or is success better measured by active participation in community / paying dues to a synagogue / making Federation donations?

Is the goal to preserve Judaism? Jewish wisdom? Jewish identity? Jewish culture? Jewish institutions? Or, should the goal be to use these tools to help human beings thrive and self-actualize?

I still believe all these years later, having worked in synagogue and JCC settings, on campus for Hillel, for Moishe House, and launching The Well, that we need to build Jewish communities that are content-rich, inspiring, meaningful and relevant. Ones that help Jews and those who love them flourish (to use the language of Rabbi Irwin Kula).

But, my perspective has changed a bit, in that I’m now convinced by the data that if we want there to be a robust Jewish cultural life – one full of incredible Jewish music, literature, film, theater, language, food, news and more – we need there to be a substantive and robust Jewish religious life, or at the very least, the development of new “non-religious” models that are structured to deliver monthly (if not more frequent) connections to being, doing and learning Jewish, ideally as part of community, and that include a meaningful and ongoing commitment on the part of the “consumer.” And – it’s up to us to co-create these content-rich, loving, inclusive and relevant models with those we’re trying to inspire to make such commitments.

As a closing thought, I can’t help but note that the data for Pew 2020 were collected before COVID broke out, and I wonder if the survey was conducted today, if the responses would shift meaningfully as a result of the pandemic. I’ve heard from a number of colleagues that attendance at prayer services, Torah study classes and other “traditional religious observance” type offerings was up significantly this past year due to being made available over Zoom (and due to many folks, homebound courtesy of COVID, being unable to participate in secular activities they otherwise might). And I’d also think that the pandemic likely shifted the perspectives of many on the value and importance of community, family, faith, and more. It certainly had me re-evaluating my life and what I hope to do and be in this world while I have the privilege of walking in it.

Personally, I’m excited to begin my next chapter this summer as a rabbi at a large traditional-egalitarian synagogue, leaning into the “traditional religious observances” construct, and striving to make such observances – both those inherited and those we’ll co-create in the years to come – accessible and relevant, helping to foster a post-COVID Renaissance era of Jewish creativity, content, connectivity, commitment, community and flourishing. Wherever you might find yourself in our Jewish ecosystem, I hope you’ll join me!

Rabbi Dan Horwitz is the outgoing CEO of Alper JCC Miami, was the founding director of The Well, and this summer is joining the clergy team at Adat Shalom Synagogue in Metro Detroit. Designated one of America’s Most Inspiring Rabbis by The Forward, Dan is a graduate of the Clergy Leadership Incubator housed at Hazon, the Open Dor Project fellowship for spiritual entrepreneurs, the ELI Talks Fellowship, is part of ROI Community, and is a hummus enthusiast. He can be reached at rabbidanh@gmail.com