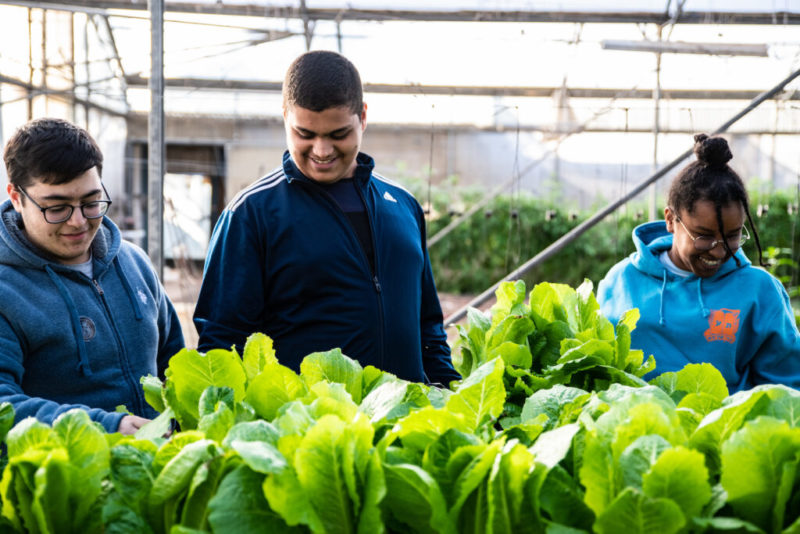 A major renovation project will transform the Kfar Silver Youth Village in Israel after World ORT secured a substantial investment from one of British Jewry’s leading philanthropic foundations.

The Gerald and Gail Ronson Family Foundation has made an anchor donation to the $11 million four-year project, the largest at an ORT school worldwide in living memory.

In recognition, the campus – while continuing to bear its commonly used name of the Kfar Silver Youth Village – will be named the Gerald and Gail Ronson Family Foundation Campus.

Close to Ashkelon and the Gaza border, Kfar Silver was bought by World ORT in 2016. It includes a high school, a boarding school and an agricultural farm – making the campus unique in its provision for youngsters. The village has around 740 students, with one-third living on site as boarders.

Many youngsters come from broken homes and families with substantial financial struggles. With a large number of orphans and children from immigrant families, there are significant emotional and academic support needs within the village.

Starved of government investment since its creation in the 1950s, the village is badly run-down and requires substantial infrastructure development, repair and modernization. The project includes improvements to Kfar Silver’s kitchen and dining hall complex, and the Senior High and Junior High school buildings.

Dan Green, World ORT Director General and CEO, told eJP: “Kfar Silver is a jewel in the crown of the ORT network. The village has a fascinating history and has the potential to change the lives of its young residents. Signing this multi-million dollar, four-year renovation plan is the first step in making those changes a reality.

“At a time when good news is scarce, this agreement is a hugely positive development and shows the continued strength of British Jewish philanthropy alongside a forward-thinking, long-term commitment from the ORT network.”

Support for the project comes from across ORT’s global network, with donors and supporters of ORT America and ORT UK raising additional funds. Further contributions were received from ORT Suisse, ORT Canada and ORT Belgium.