Choices were made and choices have consequences

A line wraps three city blocks around the Baltimore Convention Center, signs with arrows say simply, “Vaccines.” The mood is at once somber and festive, communal and individual. It is hard not to flash in my mind similar images from the 1918 Flu Pandemic, long forgotten and suddenly prolific. I am conscious the moment is historic and uncertain whether or not it will be transformative.

So much loss and destruction. The convention center that hosts a mass vaccination site also hosted a field hospital. Never over-full, it nonetheless bore grim witness that these were end-times of a sort. My nonprofit almost ended. Many others, alongside so many local businesses and all the people who worked for them did. And for far too many, loss of education, loss of socialization, and continued loss of economic opportunity meant, in other ways, these were, and for a long while have been, end-times. 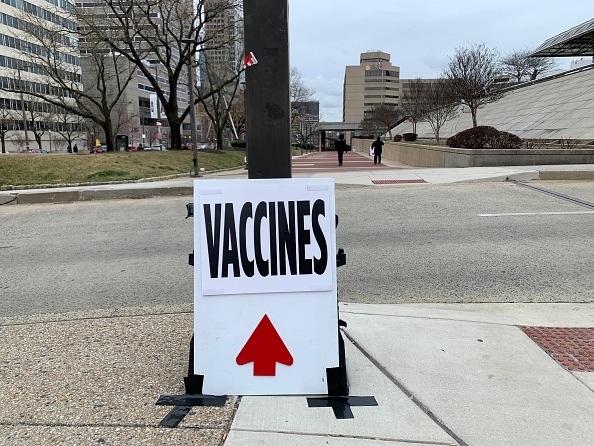 And then perhaps what struck me most, as I waited and watched; was the complementary confluence of public, for-profit, and not-for-profit. Inside was the vaccine that would return us to “normal” life, a product of a commercial undertaking, backed by government. Bringing that vaccine to us was the result of an unprecedented, if not altogether coordinated, effort of our federal, state, and local government working with nonprofit hospitals and community organizations. The police officers, the nurses, the volunteers. Behind them, the public health officials, the community organizers, and behind them the fundraisers and donors.

It was society, the way society is supposed to work, an oasis of civic potential in an uncivil time.

I have a sense we are in a split-screen moment; my personal pandemic is coming to an end, while the toll the pandemic takes on the unvaccinated – disproportionately on the historically marginalized – continues, both within the nation and among the nations of the world. In that split line lies a choice: two stories from which to choose and by which to understand the world.

As fundraisers we are, first and foremost, story tellers. We give voice to the voiceless, and then open doors for people to write themselves into the story, if they choose. We never really “raise” money; we raise the story, create the opportunity, present the choice.

Choices led us to the pandemic – both the public health one and the social one. A string of anti-communitarian choices. Choices made as individuals, as communities, as nations, multiplied and magnified to reject responsibility for one another, for the “other.” Choices were made and choices have consequences.

And the choices we make now, as philanthropists and as citizens will determine the story we live, will determine if this moment fades like the photos from the 1918 flu pandemic, or transforms and renews like other turning points in history, moments where we learned something about ourselves and each other and made different choices.

There is a verse from Deuteronomy (30:10) that has always deeply moved me, “See I have set before you life and death, blessings and curses. Therefore choose life, that you and your children may live.” It moves me because of the insistence that life is a choice, that our world is a split screen of blessings and curses, and that the choices we make determine the vitality, richness, and blessings of our society, ours and those of generations to come. History plays itself out not as an unwinding of fate but as a consequence, multiplied and magnified, of the choices we make.

As I near the front of the line, I recite softly, “u’veharta b’chaim l’ma’an te’chiyeh – choose life that you may live.”

Matt Freedman has been a nonprofit fundraiser and strategist for more than 25 years. He served as the first chief development officer for The Associated: Jewish Federation of Baltimore and in senior fundraising roles with Jewish Federations of North America and other non-sectarian nonprofits. He currently serves as chief development officer at the Y in Central Maryland.