One article changed my whole view of Zionism. Since I’d grown up in a strongly Zionist environment, from home to day school to camp, believing that Israel could do no wrong, the article should have produced a crisis, and maybe even threatened my attachment to the Zionist idea. Yet, it did the exact opposite.

The work in question is called “The Cost of Curing an Oyster,” and it’s a short article by Isaiah Berlin that I first encountered while in college. In it, Berlin compared the exile of the Jews to a disease, writing that “A people condemned to be a minority everywhere, dependent on the goodwill, toleration or sheer unawareness of the majority, but made aware of its insecure condition, of its constant need to please, or at least not to displease… cannot achieve a fully normal development either individually or collectively.” Exile created distortions of personality: self-insulation, anxiety, aggressive defensiveness. True, the peculiar position of the Jews as a minority on the margins of society resulted in works of genius, like the oeuvres of Kafka, Freud, and Heine. When your life depends on understanding the whims of the majority, you develop a clear and critical view of that majority, an outsider’s perspective. But that deeper insight that some gifted individuals had, was “purchased by untold suffering of entire communities” and “could not be accepted as natural or unavoidable,” Berlin argued. Exile subjected Jews to mental illness, and that, like mental illness sometimes does, produced works of genius. But at what cost? 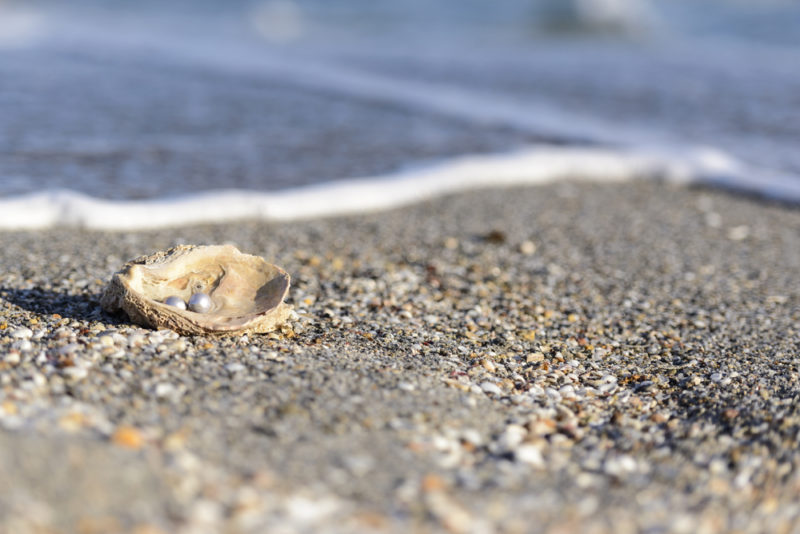 And here, Berlin chose a treyf, but apt, metaphor for Jews: the oyster. “Hundreds of thousands of oysters” wrote Berlin “suffer from the disease that occasionally generates a pearl. But supposing an oyster says to you: ‘I wish to live an ordinary, decent, contented, healthy, oysterish life; even though I may not produce a pearl. I’m prepared to sacrifice this possibility for a life free of social disease; a life in which I need not look over my shoulder to see how I appear to others.”

Many intellectuals that genuinely loved Jews – and many Jews, like George Steiner who wrote a seminal essay called “Our Homeland the Text” to criticize our anchoring in a specific piece of land – saw the establishment of Israel as a something that would deprive the world of the “pearl.” They thought that Jews having a state would, by necessity, force them into the realm of the concrete, and make them deal with the “normal” problems of any state. Jews would then lose their unique ability to look at society “from the outside,” and the entire world would lose.

Jews may have been the oysters, producing pearls for the benefit of the world but does anybody ask the oyster if he wants, consents to, or enjoys that role? And that’s where my epiphany came: Israel is the uprising of the fed-up oysters that demand normalcy. Before reading Berlin, I thought that Israel’s existence was justified by its uniqueness: its outsized contributions to the world, its having “the most moral army in the world.” Yeah, it’s nice to have created drip irrigation, the microprocessor, and Waze, and I do rejoice that IDF soldiers operate with higher ethical standards than many other armies, but Israel’s value to me is that I don’t need to justify my existence by my value to others. Nobody says that Canada’s legitimacy is based on Canadians having discovered insulin (I bet you didn’t know that – it was in 1921 in the University of Toronto). That’s because Canada is a “normal” country that simply exists and doesn’t feel the anxiety to justify its existence. It’s not a country on probation. It seems to me that in a way, many are simply transferring the oyster dynamics from the Jews as people to Israel as the Jewish state. They want Israel to be to the nations of the world what Jews are to the people of the world: always different, always on the outside looking in, always needing to justify its existence by outsized achievement and disproportionate contributions.

So this Yom Ha’atzma’ut I’m not celebrating Israel’s outstanding achievements, even though there are many. Actually, I willfully ignore them. You know what I celebrate? That one can celebrate a Jewish holiday without needing to request a vacation day, that one can fight with the next-door neighbor and not worry he’ll judge all Jews based on that behavior, that one doesn’t need to have a permanent, nagging feeling of being different, that Jews are finally entitled to their own mistakes and achievements, and yes, to right of royally messing up, as we many times do.

That’s the deceivingly epic goal of Zionism: to cure the oyster. To start the slow but liberating process of healing the disease of exile and pathological self-awareness. As Ben Gurion beautifully said, “to be like all other peoples, enjoying self-determination in its sovereign nation.” All the rest — the Wazes, the medical achievements, the high-tech, the Nobel Prizes — all that is a bonus, and I don’t need it.

Of course, we do want Israel to be unique. And even Zionism’s most ardent proponents of “normalization” were strong believers in creating a model society that would combine the best of Jewish ethical values with the advances of liberal democracy and modern science. They, like I, wanted Israel to be an “or lagoyim,” a light onto the nations, but it wasn’t a condition. Of course, we bring our values and our historical experience to bear in the configuration of our state – like the Pilgrims, having suffered religious persecutions, imprinted the notion of religious freedom onto America’s DNA.

I would love to see an Israel guided by humanistic values that our sources and our history of persecution bequeathed us. It would be a shame to be “fully” normal. But I don’t need it. All Zionist thinkers had a utopian bent, the same way American Pilgrims thought about a “shining city on a hill.” But even if Israel “shares in all the common frailties of humanity,” as Berlin put it, it’s nevertheless an enormous step forward in the history of the Jewish people. My Israel doesn’t need to be a holy temple dedicated to the advancement of humanity. It’s enough for me to have a place in which I can relax, lower the guard of my self-awareness as a Jew, and not worry about always representing a minority. A place where I don’t have to explain why I’m not eating shrimp (or oysters!), or why I’m so sensitive about “Jewish jokes,” or worry about whether I’m considered a minority. A place, as Hegel said when he talked about the definition of freedom, “to be at home with one’s whole self,” to put your feet on the coffee table without worrying what the neighbor would say.

Thank you, Israel, for the cherry tomatoes and the Nobel Prizes, but if can have just a modicum of normalcy, dayeinu!