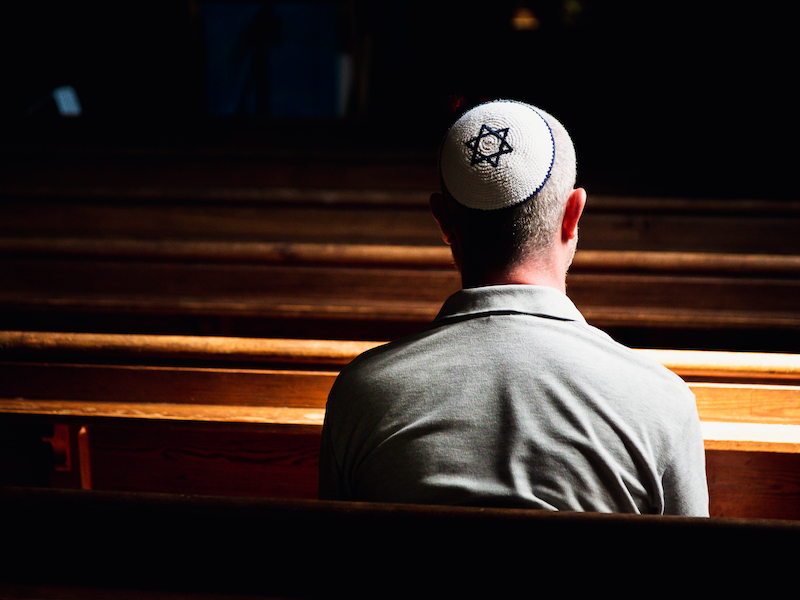 Almost exactly two years after the first Shabbat, in March 2020, when many synagogues shuttered due to the pandemic, a new, wide-ranging study from the UJA-Federation of New York finds a connection between attending Jewish communal programs and emotional well-being. A survey of a representative sample of 4,400 adults in Jewish households, with some data provided exclusively to eJewishPhilanthropy, shows that the more New York City-area Jews attended prayers and Jewish activities, the lower their rates of anxiety, depression, social isolation and substance abuse were.

“We have long held an assumption that ‘doing Jewish’ was good for the Jewish people, was good for our community, and now we feel like we have this evidence that says it,” Emily Sigalow, executive director of UJA’s ??Impact and Performance Assessment Department, told eJP. She noted that the study didn’t prove causation, or that going to synagogue makes one less anxious or depressed. But, she said, “even if we can’t prove the direction of an arrow, we know that ‘doing Jewish’ is associated positively with these different measures of well-being.”

Across several variables, more Jewish communal involvement correlated with better emotional well-being. Thirteen percent of synagogue members, for example, reported feeling symptoms of anxiety or depression. The number rose to 26% among non-members. The more frequently one attended Jewish programs, the less likely one was to experience social isolation, dropping from 63% among those who never attend to 28% among those who attend once a week or more.

Overall, 21% of respondents said they felt anxiety or depression, while 56% said they felt socially isolated. Ten percent indicated a problem with substance abuse, while 4% reported experiencing relationship violence. More than a third said they felt less safe in relationships since the onset of the pandemic.

“My instinct is to say that the reason that the participation number decreased during the pandemic was not due to a decrease in desire to attend or decrease in want, but rather, it was an artifact of COVID itself… and taking COVID seriously,” she said. “I don’t think we can read intention into the decrease in program participation.”

More than three-quarters of Jewish respondents said their connection to being Jewish “has not changed much” during the pandemic, while 20% say they’re more attached and 3% report feeling less attached. And 25% of respondents feel like they’re part of an online Jewish community. Feelings of belonging in Jewish spaces dropped among LGBTQ Jews and racially and ethnically diverse Jews, 59% and 66% of whom, respectively, said they felt like they belonged in the Jewish community, compared to 80% of Jews overall.

“One of the biggest surprises in the surveys, for us, was how hard hit, badly hit, the LGBTQ members of our community were during the pandemic,” Sigalow said, pointing to data showing higher rates of unemployment, financial insecurity, anxiety and depression among LGBTQ respondents. More than 20% of LGBTQ respondents reported problems with substance abuse, double the survey’s average.

She added, “The LGBTQ members of the community faced discrimination before the pandemic, but the pandemic exacerbated all existing inequalities.”

The survey’s questions reached beyond that set of issues — asking respondents about their economic status, food security, drug and alcohol abuse, increase in household chores and more. It found that New York’s large share of Orthodox Jews had higher poverty rates and less food security, and were more reliant on government aid. While 23% of Jewish households overall lived in or near poverty, the number rose to 42% among Orthodox respondents. And the survey found that most Orthodox respondents receive government food benefits.

The survey was conducted between February and May of 2021 and includes 4,403 total respondents, with an overall margin of error of 2.8% and higher margins of error for subgroups. The survey took a relatively expansive view of who counts as Jewish, including anyone “who self-identifies as Jewish or partially Jewish, either religiously, ethnically, culturally, or because of family background.” While it included some non-Jews living in Jewish households, nearly all respondents identified as Jewish.