By Lee M. Hendler and David Raphael, with Karen Radkowsky

In the early fall, Jewish Grandparents Network President (JGN) and Co-founder David Raphael and his wife Jo received a call from their Baltimore-based daughter and son-in-law. Physically and emotionally exhausted, the young couple needed help with their three-year-old, whose school was shut down due to COVID-19. Family (with dog) drove to Atlanta where, for a month, the team of four busy working adults shared in daily childcare duties. 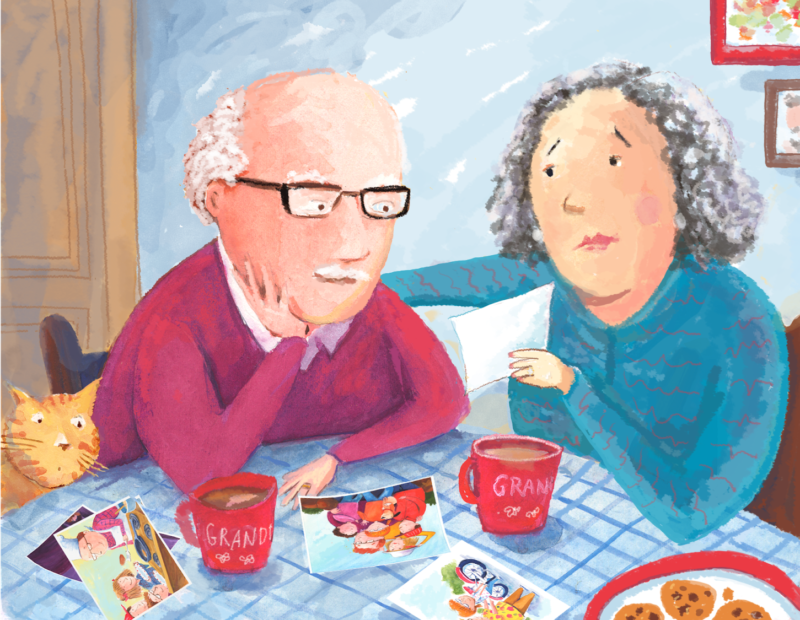 Meanwhile, in Baltimore, JGN president and co-founder Lee M. Hendler, known to her grandchildren as Gromzy, works as co-educator with her daughter, homeschooling two of her grandchildren in her own home. “Gromzy School” followed summertime “Gromzy Camp.”

Many of our friends and colleagues share similar stories. A recently retired vice president of a major university travels from North Carolina to Tennessee, where he and his wife serve as their family’s remote learning support. A Jewish educator and his wife moved into a small apartment in Los Angeles while their daughter’s family occupies their large home. A Jewish early childhood education expert and her husband, a cancer researcher, teach and care for their two youngest grandchildren every weekday morning.

Some parents have the support of their parents; others are going it alone. “Sixty-three percent of parents said they felt they had lost emotional support during the pandemic. According to a study from Harvard’s Graduate School of Education, 61 percent of parents of 5, 6 and 7 year olds in Massachusetts agreed or strongly agreed that they felt ‘nervous, anxious, or on edge’ because of the pandemic.” (Jessica Grose, The New York Times, “The Pandemic Is a ‘Mental Health Crisis’ for Parents,” September 9, 2020).

The pandemic has revealed the crucial role grandparents play. In many families, grandparents have stepped up and stepped in to help exhausted parents with remote learning, everyday chores, and basic childcare.

There is, of course, another side of the COVID-19 experience for grandparents. We hear of grandparents who have not seen their grandchildren since the start of the pandemic and others who have yet to meet grandchildren born in the last nine months. Their sense of loss is immeasurable:

Since the onset of the pandemic, JGN has gathered compelling anecdotal data about grandparents’ challenges, fears and frustrations, as well as the shifting roles they are playing in their families. But we felt we needed quantitative data to assess current trends.

We developed a short grandparents’ survey, distributed on social media and by email, and received 291 responses. While the survey lacks the high level of external validity of the 2019 National Study of Jewish Grandparents conducted by Karen Radkowsky of Impact:NPO, the results provide important insights into how the pandemic has impacted grandparents’ roles in their families.

Below are examples of the essential data we sought:

We asked: How often have you seen your grandchild who lives closest and furthest from you in the six months before the onset of the Covid-19 pandemic compared to since? 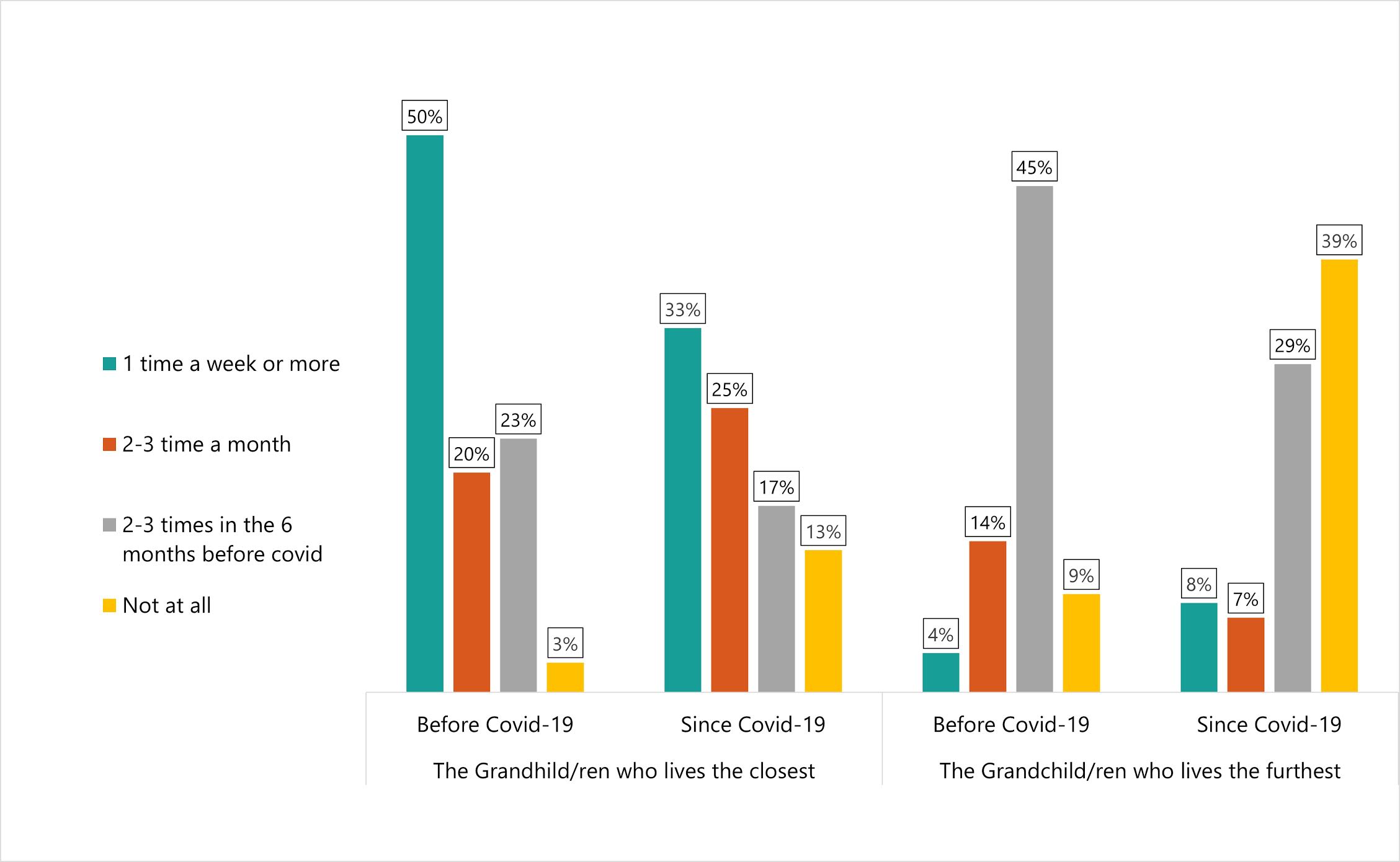 Data from the National Study of Jewish Grandparents revealed that grandparents play important supportive roles in the daily lives of their grandchildren and families.

Childcare and Other Services 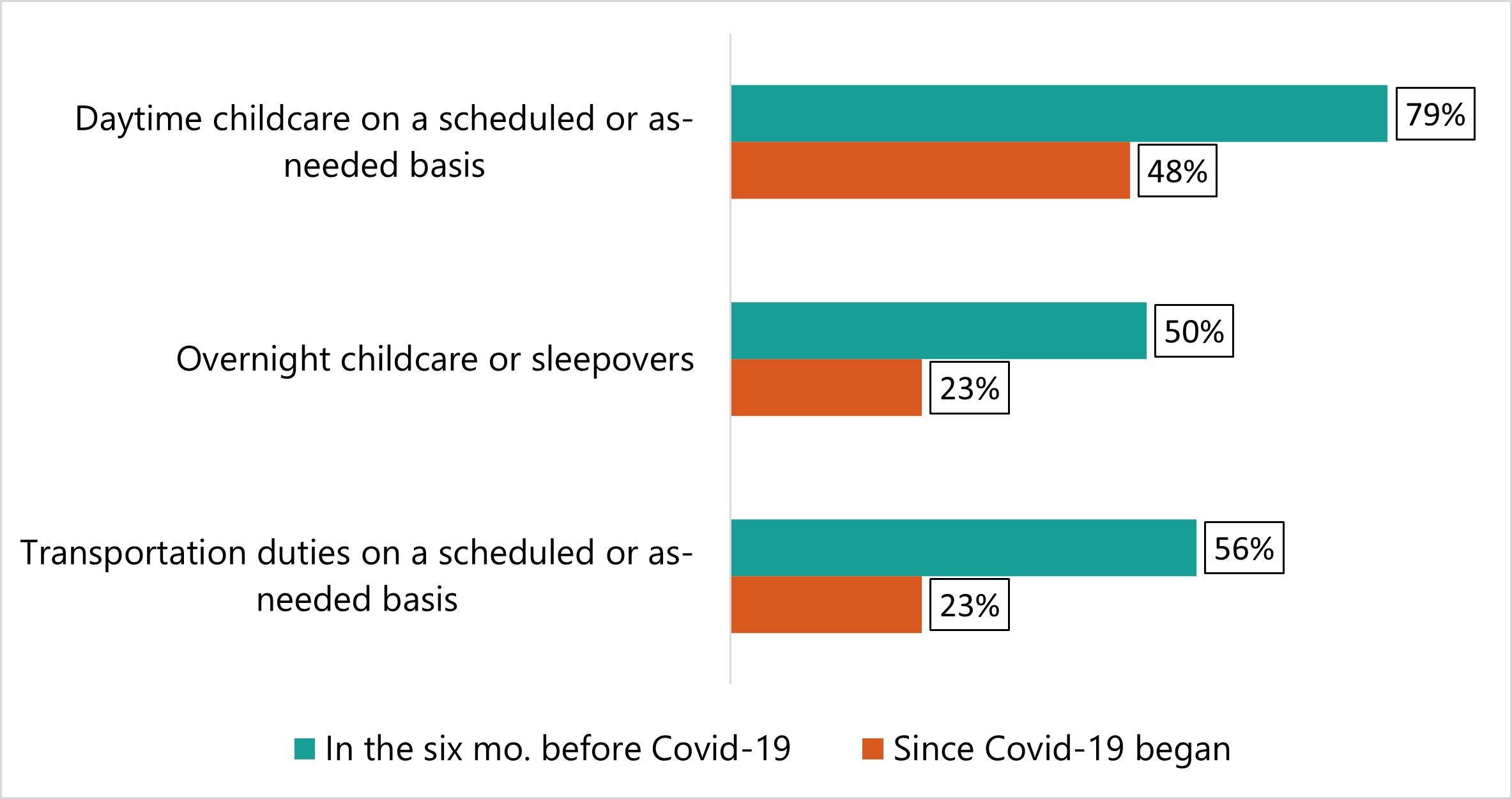 In addition, grandparents reported that since the onset of the pandemic:

The survey’s “tell-us-more” question was revealing:

The first conversation was filled with accounts of isolation, infection and quarantine, and changes in income.

However, in the second conversation, the tone shifted. Grandparents spoke of finding creative ways to connect – in-person and virtually. They made puppets, read stories, sent postcards and homemade gifts, and shared virtual holidays and birthday parties. One grandmother baked two challot and mailed them in time for Shabbat. The express postage was $50.00.

At the Jewish Grandparents Network, we believe that this is the narrative of grandparenting today. Grandparents and their families face challenges during the pandemic and also, more broadly, in the context of today’s new and changing Jewish family. Grandparents need the wisdom, and collective support of our Jewish community.

Yet grandparents are also resilient and a remarkable resource for families – and our community at large. It is in this light that JGN pursues its mission: “Empowering Grandparents – Advancing Jewish Life” and welcomes organizations and individuals to partner with us as we journey toward these goals.

Lee M. Hendler and David Raphael are co-founders of the Jewish Grandparents Network where Lee serves as president and David as CEO. Karen Radkowsky is the founder and president of Impact:NPO and the researcher behind the first national study of Jewish grandparents in October 2019.