Jewish workplace ethics that were preached were not practiced

We know this: the ethical components of Judaism were not fully rolled out on the day that God spoke to Abraham; even at Sinai, still more remained to be delivered, beyond the ten commandments, beyond the whole of Torah. Judaism unfolds in history, so still to come were the Ethics of the Ancestors (Pirkei Avot), Maimonides’ ranking of the levels charity, and centuries of new teachings in ethical comportment (mussar). In our age, as philosopher Tamar Ross, depicts it, the ethics of the Jewish feminist revolution have come about, in history, as ongoing divine revelation.

So it should come as no surprise that recently some Jewish nonprofit organizations are issuing policies and practices for ethical comportment in the workplace, specifying how leaders, managers and supervisors—even donors and boards—should comport themselves in relationship to employees. These are not policies of extreme piety. They are matter of fact ground rules that emerge out of Jewish tradition’s understanding of proper interpersonal relations. 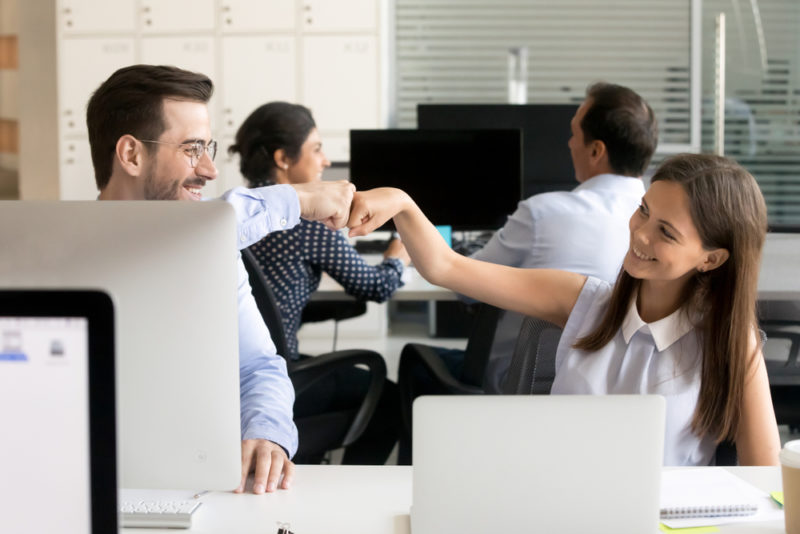 There are others: you may have been exposed to them by name early on, or you may not have learned the Hebrew terms, but learned that being a Good Jew—a mensch—required a life of training and practice. Jewish communal interest in more refined ethical standards does not come out of nowhere. It’s only in recent years, perhaps most pointedly as a response to the legal consequences of the Me Too movement, that the American workplace has articulated legible procedures to address all forms of sexual harassment and discrimination against women and minorities. Jewish institutions have followed suit.

The message of With Kind Regards: The Bi’vracha Study is that even with emerging tools for self-improvement and monitoring, many Jewish nonprofit organizations do not behave in Jewish ethical ways when it comes to the workplace. It rationalizes its research and call for action as it reckons with the persistent and seemingly systemic failure of some Jewish organizations to live up to their values when it comes to the well-being of employees.

I know this from personal experience, and to this day, I am easily retraumatized by memories of what I experienced when I worked for a Jewish nonprofit. Even though more than 20 years have gone by. Even though I remain in touch with beloved colleagues from those days. Many parts of the job were intoxicating: I learned a great deal of Torah. I was paid more than I had ever earned as a writer or teacher. I grew as a Jewish ritual innovator and developed as an anthropologist of American Jewish life. I discovered I yearned to become a rabbi.

But the workplace was also toxic to the extreme. Jewish workplace ethics that were preached were not practiced: there was misogyny, homophobia, and disrespect for the needs of faculty members with families (senior male faculty liked to boast that the requirement to travel weekly made their wives, who were home minding the children, threaten divorce). There was inappropriate conversation laced with sexual innuendo and indulging the whims of donors. For me, there was daily frustration, humiliation, exasperation. Where could I turn, inside or outside the organization, to address all of this and get clarity, support and strategies for redress? There was no place.

I was not the only one who would describe their experiences precisely as I have.

And here is the sad part for me. In 1998 I had a choice to make: to remain at the Jewish nonprofit—which might have led to decades of service in that or similar contexts, or to take a job teaching Religious Studies at a secular university. All choices we make rest on a slew of factors, but here was what led me to leave the Jewish nonprofit work. At my Jewish organization, my heart was broken every day when the Jewish ethical standards we spoke of were ignored. I knew that at a public university, I would only expect that my colleagues and administrators would follow regulations stipulated by American law. There was no system of ethical comportment that we claimed we aspired to maintain, one that would be breached at every step. My heart would not be perpetually broken. I made this choice for the sake of my mental, spiritual and physical health, and while I am glad that I did, and while I think about my teaching and research with pride, I do look back with some regret and consider the “what ifs”:

What if the solutions outlined in the Bi’vracha report had existed 20 years ago? I could have spoken about what was egregious at work and I could have gotten guidance and assistance. What if this phase of my career could have served American Jewish communities in more direct and intensive ways? I wonder. But there is consolation. With this new research, with new corrective systems put into place, it is possible that others, given my choice, will see Jewish organizations as life-enhancing places to work.

Rabbi Vanessa Ochs, PhD, is Professor of Religious Studies at the University of Virginia. Her most recent books include “The Passover Hagagdah: A Biography” and “Inventing Jewish Ritual.“