They are the first mother-daughter pair to receive the prize, which is funded by the range of institutions bearing the Carnegie name. 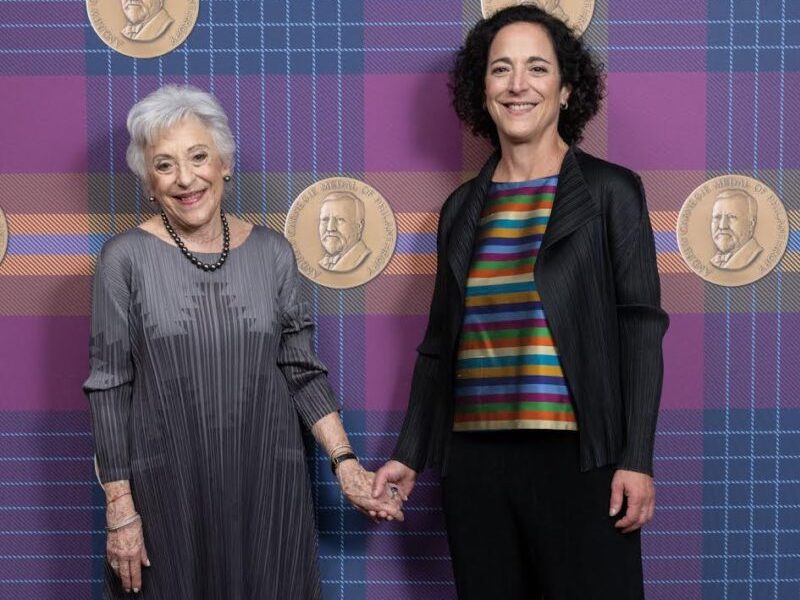 Lynn and Stacy Schusterman were among the recipients of the Carnegie Medal of Philanthropy on Thursday, considered the field’s most prestigious award. They are the first mother-daughter pair to receive the prize, which is funded by the range of institutions bearing the Carnegie name.

“They see possibility rather than impossibility in their work,” read a statement by the prize’s selection committee. “Furthermore, we believe that the family’s commitment to principle is a meaningful example for faith-based communities and foundations that are seeking to empower and improve the lives of others.”

The family’s foundation, now called the Schusterman Family Philanthropies, was founded by Lynn Schusterman and her husband, oil magnate Charles Schusterman, in 1987. It has given more than $2 billion since then, and now provides grants totaling about $400 million per year. Lynn chaired the foundation from her husband’s death in 2000 until 2018, when Stacy took over.

“Our giving has always been grounded in our Jewish values, and we remain deeply committed to our work in the Jewish community and in Israel, even [as] we have expanded into new areas,” Stacy Schusterman told eJewishPhilanthropy. “It is an honor to be recognized as Jewish philanthropists striving to make our community and our world more just and inclusive.”

Lynn Schusterman signed the Giving Pledge in 2011, committing to give most of her wealth, which Forbes estimates at $3.2 billion, to charity. Accepting the award, she said she faced criticism as a woman leading a philanthropic foundation.

“People questioned whether I, as a woman, could break into the very male-dominated world of philanthropy,” she said in a speech beside her daughter at a private ceremony in New York City. “Despite the challenges, my heart and my mind led the way… I am so fortunate to see this legacy continue, to see more women leading the way, like many of the honorees tonight, including the one standing next to me.”

Stacy Schusterman focused on the work of the family’s foundation in her speech, calling for access to education; for “all people, especially women, to have freedom and control over their bodies” as well as fair pay; for public safety without overreliance on incarceration; and for free and fair elections.

“The U.S. was founded with ideals, the expression of which we have yet to realize,” she said. “When we say ‘All men are created equal’ it is clear ‘men’ does not yet mean all Americans, including women, gender-expansive people, and all ethnicities, races and religions. And when we say we all have the right to life, liberty and the pursuit of happiness we do not yet agree on how access to those should be available to all.”

The night’s other honorees included country music icon Dolly Parton, who has funded a range of causes, including children’s literacy and the Moderna COVID-19 vaccine; Kenyan businessman Manu Chandaria, who supports healthcare, education and other causes in Africa; travel entrepreneur Lyda Hill, who supports cancer research; and World Central Kitchen, which received the Carnegie Catalyst Award for its work providing food to the victims of natural disasters.