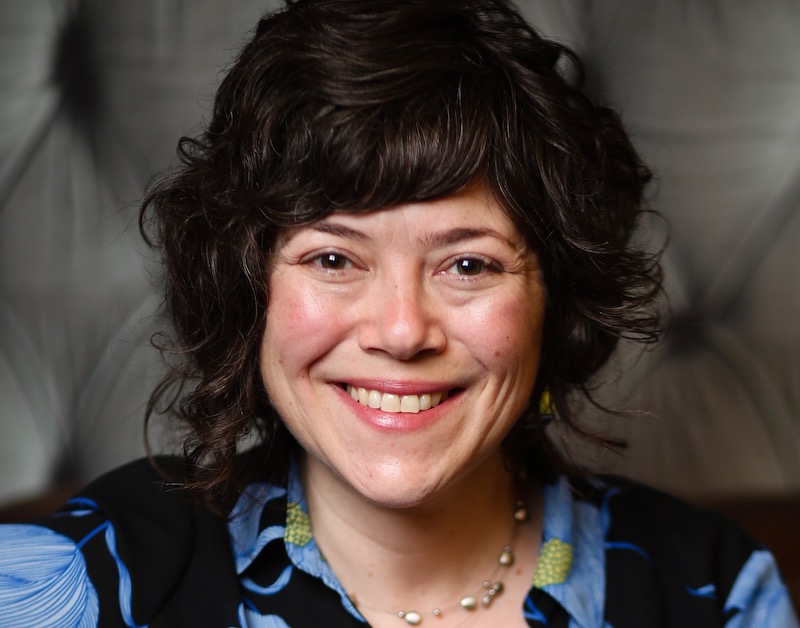 A significant recent development in the world of philanthropy — the launch of a giving circle directory by the nonprofit Philanthropy Together — has a little-known Jewish backstory. It comes in the form of Liz Fisher, a career Jewish professional who has also worked in leadership positions at Repair the World and Birthright Israel NEXT. In 2019, as the CEO of Amplifier, Fisher led the creation of Philanthropy Together after the organization secured a grant from the Bill and Melinda Gates Foundation to build the infrastructure for a global giving circle movement. Today, Fisher sits on Philanthropy Together’s advisory board. Amplifier, which has been funded since its inception by the Charles and Lynn Schusterman Family Philanthropies, has become part of Jewish Federations of North America (JFNA). It is now known as Amplifier@JFNA and is creating a two-year strategic plan scheduled for completion in July. Fisher spoke with eJewishPhilanthropyabout Amplifier’s evolution and her ambitions for its work, which is to make philanthropy into a way of being Jewish, as tikkun olam, or repairing the world, has become for many people. “We used to think, you’re Jewish if you belong to a synagogue or light candles,” she said. “Then we broadened that to mean service and cultural opportunities. Our question is, how do we create giving as an authentic modality of being Jewish?”

Helen Chernikoff: When did you first encounter giving circles?

Liz Fisher: At UJA-Federation of New York, I helped launch a giving circle focused on giving to support women and children in Israel. I saw firsthand the ability of a giving circle to engage Jewish philanthropists and build community. Members of that circle, most of whom had previously not been involved in UJA, have gone on to be philanthropists and leaders in federation and beyond.

HC: Amplifier itself emerged from a giving circle, Natan, which includes about 70 households and distributes about $1 million per year. Tell us Amplifier’s origin story.

LF: Amplifier was founded by Felicia Herman, executive director of Natan. The members of Natan loved what they were doing. Their giving circle was primarily focused on innovation. They started to think about expanding Natan, but instead thought of how it might be better to help other people create things like Natan for themselves. We became independent from Natan in 2016, as Amplifier. Everybody can be part of a giving circle, but that doesn’t necessarily mean they want to be a part of a particular one.

HC: Amplifier was a network of about 100 giving circles. How did the work that produced Philanthropy Together come about?

LF: The Bill and Melinda Gates Foundation had given us a grant to explore building infrastructure for an entire giving circle field. We gathered a team of representatives from the Community Investment Network, the Latino Community Foundation, the Asian Women’s Giving Circle and Philanos (formerly the Women’s Giving Circle Network). The design process took a year and convened hundreds of participants, and the product of the work was Philanthropy Together. The planning process had thousands of Post-it Notes, planning documents and meetings, but, like a giving circle, it also had moments of deep learning and emotional connection. For me, an important moment in the process was a trip that several of us took to the National Memorial for Peace and Justice and the Legacy Museum in Montgomery, Ala. After a long and painful day of learning and mourning together, we stopped for Georgia peach ice cream and to regroup.

HC: And then in October 2020 you became part of JFNA. What was the thinking behind that move?

LF: Our two biggest challenges were scale and sustainability. There had always been questions about that, what was the right model. We entered into a set of conversations with many organizations about the right home, and it became clear that JFNA was a good fit, because federations are at their heart and soul, and as Amplifier we had worked with 30 federations. We see ourselves as building experiential philanthropic education and tools. JFNA believes in that vision as well and wants to provide a suite of programs and resources for the federation system and the broader Jewish community to use. Giving circles democratize philanthropy, and create a way for lots of people to get involved.

HC: During the pandemic, Amplifier@JFNA published newsletters and created videos to help people create giving circles. What lessons did the pandemic teach you and the organization?

LF: COVID made those questions of sustainability and scale even more urgent. People were stuck at home but wanted to make a difference in their communities, and asked us how to do that. Collaborative giving experiences are at the core of our work; they tend to be multi-session, over the course of months. Not everyone wants to commit to that, so we leaned heavily into a tool we had already created, the “pop-up” giving circle that creates the experience in 90 minutes. Now we’re thinking about a hybrid model. There’s things people love about virtual experiences, and things that are hard about them. Getting to know each other is so much nicer in person, and collaborative decision-making is easier in person, but presentations on specific topics make sense online. There’s no question that technology is going to play a role in what the future of Jewish philanthropy is going to look like.

HC: Can you talk about technology-enabled crowdfunding and its relationship to giving circles?

LF: I don’t believe technology is going to take over and replace the in-person experience, but it provides tools. Reactive giving happens in the Jewish world, of course. There are pledges made by text connected to fundraising events, and plenty of organizations are doing text-based campaigns that aim to inspire a quick response. We think a lot about what it means to be an educated philanthropist. What does it mean to be thoughtful about your giving? You can think about that whether you have $10 to give away or $10,000 to give away. What’s the balance between our reactive giving and our proactive giving? We’ve gained a lot through technology in terms of reach and access, but we’ve also lost a lot.

HC: What form does philanthropy take in your personal life?

LF: My kids don’t see me giving when I’m making a donation through an app on my phone, so we need to have an actual conversation that it’s happening. At my house we do a mini pop-up giving circle at Hanukkah every year. I have two teenagers. We all bring to the table organizations we are interested in supporting, and we have discussions. I remember, when I was working at a senior housing center in St. Louis, residents would come in with baggies of nickels and dimes to give to the federation. We need to take those things that we do digitally and make them real.