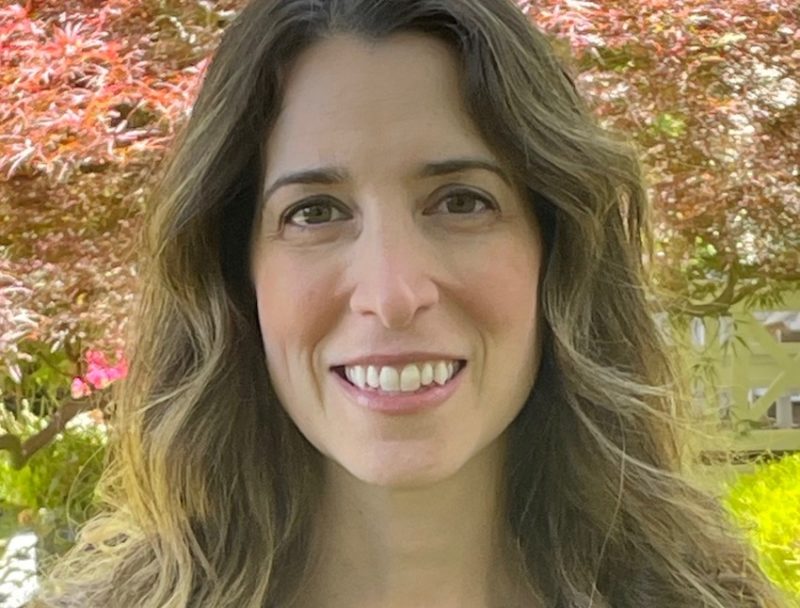 Julie Hammerman started the investor network JLens in 2012 with the goal of seeing Jewish communal capital aligned with its values. Almost a decade later, she’s made progress — $120 million has been invested in the JLens portfolio of 300 companies selected by using a rubric of six Jewish values, and individual organizations are making their own such investments. But there’s more work to be done, both on that front and as an advocate for Israel in the world of public companies and their investors. “I thought it would be a year-long process,” Hammerman told eJewishPhilanthropy’s Helen Chernikoff. “But I am trying to change behavior.”

Helen Chernikoff: You were an investment banker. Why did you leave that field?

Julie Hammerman: I’ve always loved economics, and international economic development was a favorite class of mine when I was an undergraduate. I started my career in investment banking on Wall Street, but aspects of that work are unfulfilling. It wasn’t until business school that I started to see business[es] as tools for social change, and that was a radical concept. At Harvard Business School’s social enterprise department, I realized I could have a business and a social purpose, but again, this was radical back then. We were changing the Milton Friedman approach to investment, the idea that companies exist to provide financial returns solely to shareholders.

HC: And how did you move from traditional wealth management to values-based investing?

JH: After I graduated, I worked for a startup social enterprise in the healthcare space. When we moved out to California about 15 years ago, I went back to wealth management.

At that time, the field of impact investing was coming of age in San Francisco. It was building on the movement toward socially responsible investing in the 1980s. The field originated with investors who were focused on “negative screening,” [which meant] filtering out the Christian “sin stocks,” but there was a shift toward looking for investments that would make a positive impact as well. I was working with a Catholic family and was reading their teachings in order to realign their portfolio with their values. I started working with family foundations, and getting involved as a lay leader in the Jewish community. As a Wexner Foundation Jewish Heritage fellow, I studied Judaism for two years.

HC: What Jewish texts and values speak to you most powerfully when you think about values investing?

JH: There are the six values pillars of our Advocacy Strategy, and especially the value of “constructive rebuke” from Leviticus. That’s how we think about investor advocacy in public companies. Instead of just screening out the bad actors we want to form a relationship, and help them move in a more positive direction.

HC: Why did it end up being more complicated than you first thought to inspire the American Jewish community with a zeal for impact investing?

JH: There are a number of reasons. The Jewish community doesn’t have an investment advisory board, like the United States Conference of Catholic Bishops. Also, we have a very bifurcated decision-making process, and this isn’t just an issue in the Jewish world. Investment committees are made up of people who are brilliant in finance, and they want to do the best job for the institution that they love. It’s not their skill set or the expertise to bring values into the investing, but the professionals [who might do that more intuitively] are not in the room.

HC: Who in the Jewish nonprofit world is more easily able to get enthusiastic about impact investing?

JH: On the staff side, there are people who can make the leap right away, but that’s not necessarily true among the financial professionals. The grant-making professionals recognize the challenge of trying to use only philanthropy to address the global challenges that we face. They see that if there are other ways to address them, by using business or investment, they want to do that. Also, in the area of investor advocacy, the Jewish Community Relations Councils get it. They understand that this is an economic arena just like the policy arena they work in.

HC: Aren’t many financial professionals leery of socially conscious investing because they think it means they’ll have to sacrifice profits?

JH: The field has been debunking that for years, but that’s a significant hurdle to overcome when you’re in front of a group that has fiduciary duties to an institution. Also, for certain investments, it might make sense to sacrifice return because the mission-alignment is so perfect. Investment committees should have parameters for that. If the investment is serving the mission, they need to ask what is the goal of the organization? The committee needs to have the bandwidth to consider that. It might be necessary to update their investment policy statement, or to create a separate pool or a separate bucket for those investments. But again, at JLens we would like to see 100% of the communal capital mission-aligned, and the investors should set the rate of return accordingly.

HC: Can you give us some examples of communal organizations who are doing this?

JH: The Jewish Community Foundation of San Diego created an impact pool and we’ve worked with them for a number of years on that. Increasingly, though, what we’re seeing is less the segregated impact pool and more of a focus on the endowment. The Jewish Community Foundation of Greater Hartford has made 5% of its endowment mission-aligned, and if we succeed there, I think they will continue to grow that. The endowment has to be considered another lever for impact.

HC: JLens also advocates on behalf of Israel against activists for the Boycott, Divestment and Sanctions (BDS) movement. Can you talk about how that became such a big part of what you do?

JH: I’d love to talk to you only about what inspires me about this field of impact investing, but our mission is to represent the Jewish community and there is this aspect of the work that we have to reckon with. I’m talking about the public capital side of the field, that tends to be the bulk of a portfolio. That’s where we have BDS, and delegitimization [of Israel]. It shows up in investment selection, in investor advocacy, in proxy voting. It’s really become baked into the field.

On the private capital side, we don’t see that, and in fact we see Israel thriving. Israel by design is addressing social and environmental challenges, but that’s not viewed in a positive light on the public capital side, so that’s a bit of a disconnect. It’s a really big problem and it’s growing. It was apparent a decade ago for those of us in the field, and so that’s one of the roles we ended up filling.