Concern about antisemitism is rising, but most respondents feel safe in their communities 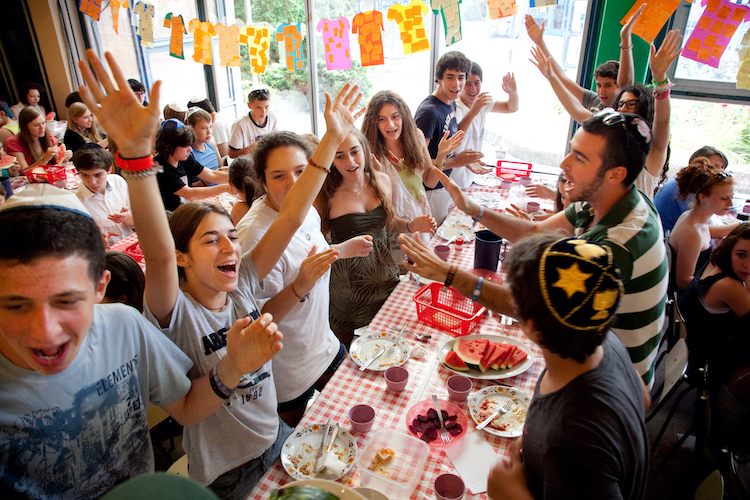 Young Jewish leaders across Europe see a rosier future than their older counterparts. The coronavirus pandemic battered but didn’t break Jewish organizations in Eastern and Western Europe. And for the first time since the American Jewish Joint Distribution Committee (JDC) has been conducting its triennial survey of European Jewish leaders, “combating antisemitism” emerged as the number one communal priority. Those are some of the key takeaways that study, Marcelo Dimenstein, the project’s director, said.

Dimenstein hadn’t expected such confidence from the under-40 group: “We used to expect more optimism from younger people, but today it doesn’t always happen that way, because of the pandemic and other problems.” Of respondents under 40, 61% agreed with the statement, “I am optimistic about the future of Europe,” compared with about half of those in the older age groups. Less than half of the older respondents agreed that “The future of European Jewry is vibrant and positive,” while 64% of the younger group did.

The survey also revealed the impact of the coronavirus pandemic, Dimenstein noted: 61% of respondents said their organization had incurred financial losses. More Eastern European organizations said they “definitely” suffered such losses — 56% — while 30% of organizations in Western Europe said the same.

Most of the respondents in both Eastern and Western Europe said they felt their organizations adapted well to the pandemic, with 80% giving themselves top scores for maintaining ongoing communication and almost that many saying that they provided support and care to people who needed help.

The International Centre for Community Development (ICCD), the JDC’s European research arm, issued its first survey in 2008. This year, for its fifth study, researchers surveyed 1,054 respondents from 31 countries, the majority from Western Europe. The researchers divided the sample — which included organization presidents, board members, activists and philanthropists — into three age cohorts: under 40, 41-54 and over 55. About a third of the respondents self-identified as Orthodox; 24% as Masorti, Liberal or Reform; and 35% as culturally Jewish.

The JDC works with local groups in Europe to support impoverished Jewish communities and to foster Jewish life through leadership training, youth programming and community planning.

Despite younger people’s positive feelings about their future, the 2021 report did show an increase in concerns about antisemitism, with 71% giving it a score of 4 or 5 on a scale of 1 to 5, with 5 being the most serious threat to the future of Jewish life in Europe. “Combating antisemitism” scored 8.8 on a 1-to-10 scale of priorities.

Respondents identified alienation of Jews from community life and lack of engagement by members in community affairs as only slightly less important priorities as fighting antisemitism.

In keeping with their overall optimism, younger leaders felt less threatened by antisemitism, Dimenstein said, with 60% stating that they consider it a serious threat compared with 65% of those aged 41 to 55 and 77% aged 55 and older.

Western European Jews concerned about radical Islam tend to feel more threatened by antisemitism than those who live in Eastern Europe, who believe they have put the violence of pogroms behind them.

“This is a historical shift,” Dimenstein said.