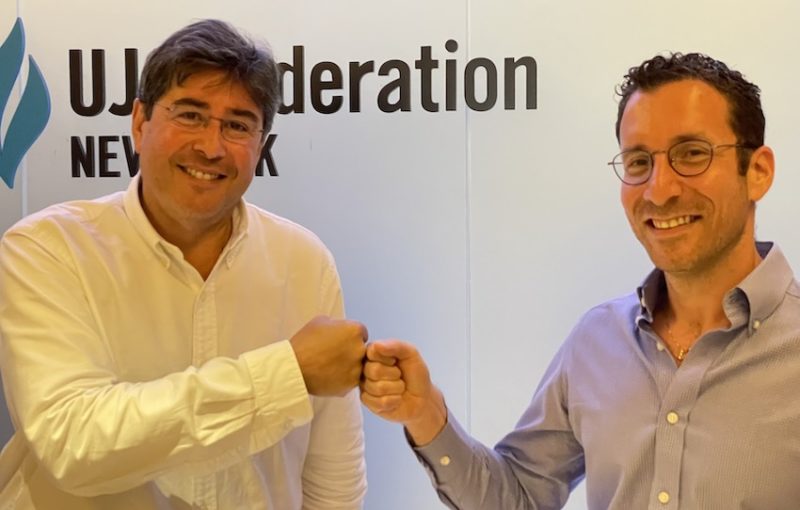 UJA-Federation of New York, the country’s largest federation, is expanding the portfolio of the head of its Israel office, Itzik Shmuli, to include government affairs for the first time, CEO Eric Goldstein told eJewishPhilanthropy.

“He is incredibly knowledgeable, and he knows everybody,” Goldstein said, adding that Shmuli will also handle all the existing functions of the director-general position, including its grant making.

Before serving as Israel’s minister of labor, welfare and social services, a job he held until he resigned in February, Shmuli, a member of the Labor party, rose to prominence as a leader of the 2011 street protests against cost-of-living increases and a perceived deterioration in social services.

The federation makes its own grants in Israel, in addition to supporting the Jewish Agency for Israel and the American Jewish Joint Distribution Committee.

The charity’s domestic government affairs office, which lobbies lawmakers at the local, state and federal levels, will be the model for Shmuli’s work in Israel, Goldstein said, citing federation lobbyists’ success in securing funding from New York City to support Holocaust survivors.

“We hope that beyond our traditional grant making in Israel, we will be able to influence the government to increase funding for our priorities,” Goldstein said.

The Jewish Federations of North America (JFNA), the federation movement’s umbrella organization, has a government affairs team in its Israel office.

“JFNA is delighted that UJA-Federation of New York is expanding its public policy activities in Israel, which will significantly upgrade our combined work, with someone as experienced and able as Itzik Shmuli,” said JFNA CEO Eric Fingerhut. “Just as in the U.S., Federations’ Israel offices work together closely to be the unified voice of North American philanthropy in Israel.”

The New York federation, JFNA’s largest funder, has worked with JFNA in the past on government relations and will continue to do so, a UJA spokeswoman said.

“The largest Jewish donors feel they want to control their own destiny,” he said. “And JFNA is not nearly as powerful as it used to be.”

Goldstein described the federation’s priorities in Israel as caring for the vulnerable; promoting civil society among Israel’s different religious and ethnic groups; supporting multiple Jewish movements, including the Israeli Reform and Conservative movements; and healing the divide between Israeli and American Jews. The federation will invest in educational travel to the United States by Israeli lawmakers, journalists and educators, he said.

Israel doesn’t need American-Jewish philanthropy to ensure its survival, as it did earlier in its history, but those who wish to influence it need to invest in it, he said.

“Israel should be a democratic state that is a homeland for all Jews,” he said. “That is a core aspiration of ours, so we seek to fund in ways that influence the Israel we would like it to be.”